The pro-opposition media outlet Idlib24 has released an report providing look at a wave of assasinations, which took place in the Syrian province of Idlib in the period from April 24 to June 1. 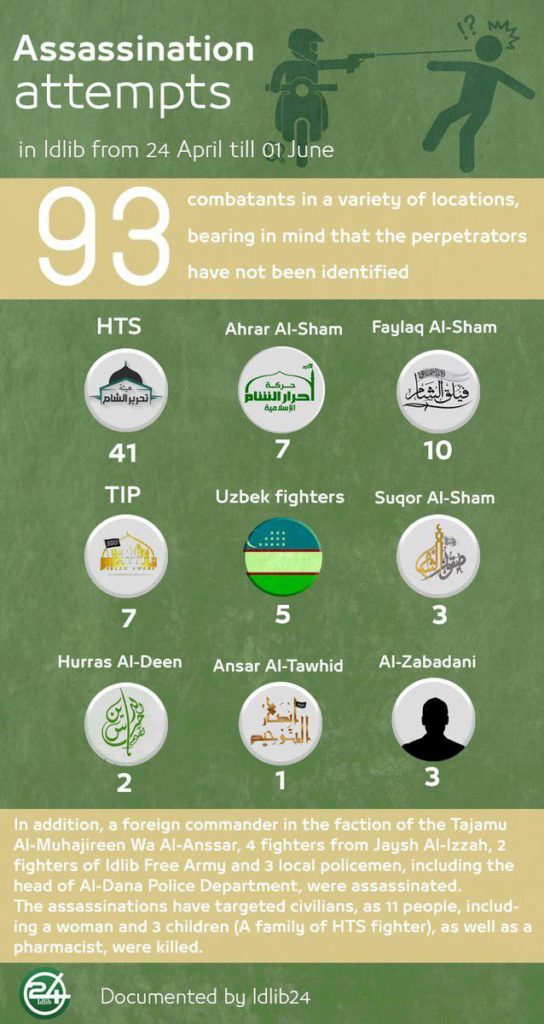 Besides this, at least 11 civilians, including a woman and 3 children (a family of Hayat Tahrir al-Sham member), died as a result of the attacks.

According to some experts, the recent wave of assassinations is linked to the increased tensions within militant groups operating in the area. Hayat Tahrir al-Sham, Ahrar al-Sham and others constantly compete for a power. This competition has become more violent with the implementation of the Turkish-Russian-Iranian-backed de-escalation zone in the area.

Hayat Tahrir al-Sham remains the most powerful group in Idlib, but it is slowly losing its influence and power under pressure of Turkish-backed groups.

They are single-killings aka assassinations. That they are part of a larger issue, OK agree.