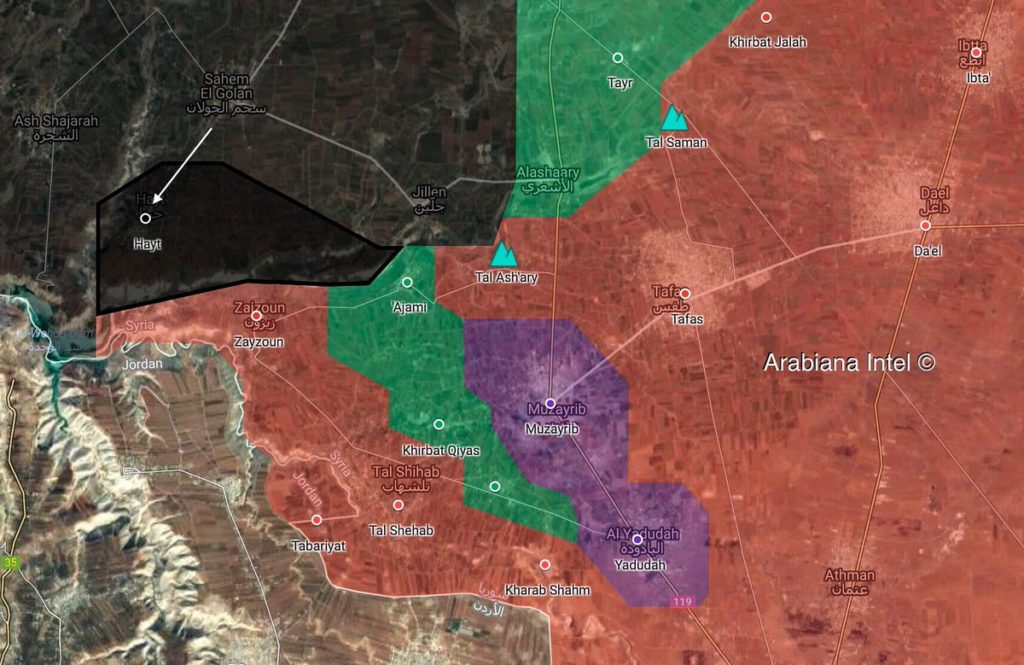 Syrian government forces have retaken the settlements of Muzayrib, Yadudah, Kafr Shams and Inkhil as well as the hills of Antar and Allaqiyah in the area north of the city of Daraa.

On July 12, the Syrian Army and its allies established control over the entire city of Daraa after militants in the area had surrendered. Government forces also gained control of the remaining miliatnt-held area south of the city.

So, now, government forces are focusing on the area north of Daraa. 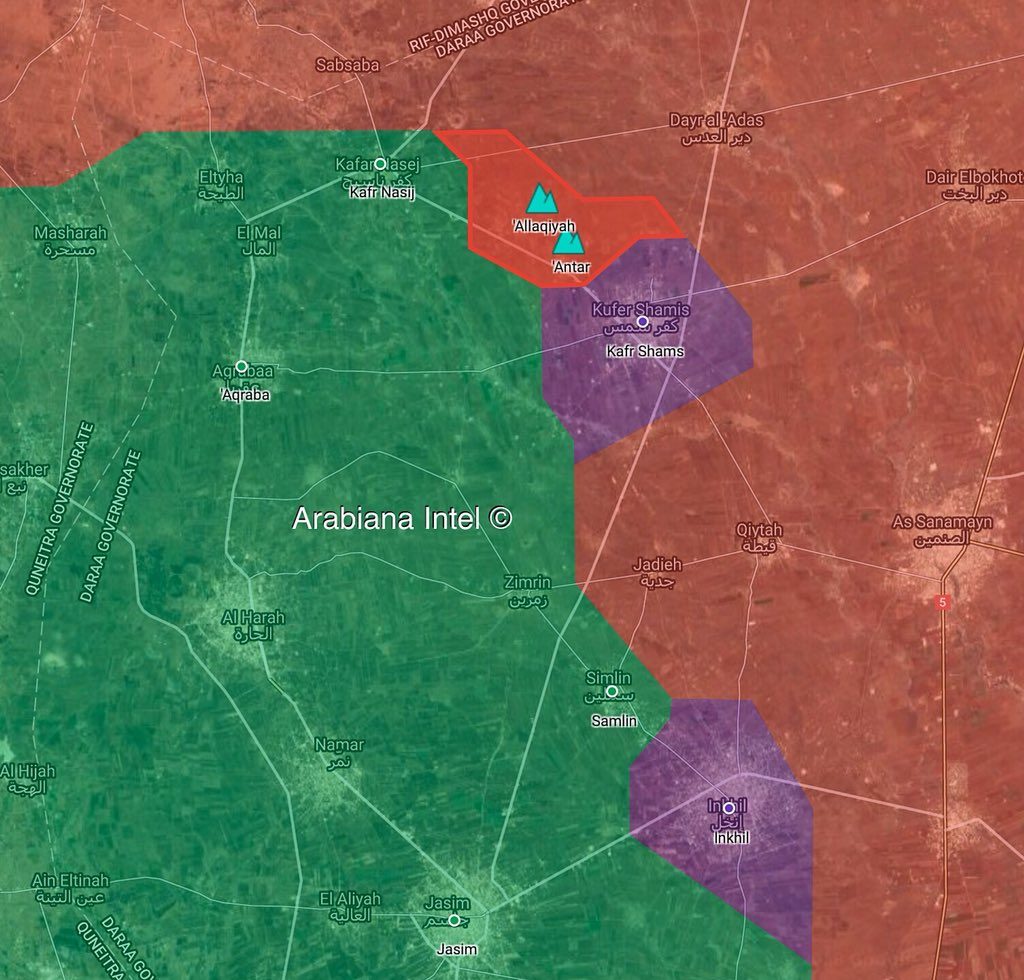 Any country allied with Trump will not get any benefit from Trump because Trump is a financial magnet and want to heal the wounded economy of America which is not possible due to current expenditures on supporting global terrorism. More expenditure mean more pressure on their allies. LOL.

the rats are on the run…….they can run but they cannot hide…..saa is looking for you…….