For those wondering how to make sure that any trade “ceasefire” between the US and China falls apart faster than a trip on board the Lolita Express, here is a suggestion: today the US State Department approved the possible sale to Taiwan of M1A2T Abrams tanks, Stinger missiles and related equipment at an estimated value of $US2.2 billion despite vocal Chinese criticism of the deal, AAP reported.

As a reminder, one month ago China’s Foreign Ministry last month said it was seriously concerned about US arms sales to self-ruled Taiwan, and urged the United States to halt the sales to avoid harming bilateral ties. 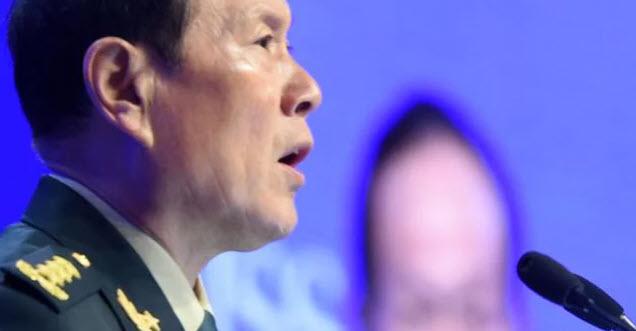 The proposed sale also comes at a perilously sensitive moment: at the start of June, during the Shangri-La Dialogue in Singapore, China’s Defense Minister Wei Fenghe warned the United States not to meddle in security disputes over Taiwan and the South China Sea. He also launched into a bellicose attack on opponents to China’s expansionist plans towards the South China Sea and Taiwan, declaring: “If they want to fight, we will fight till the end”.

In response, acting U.S. Defense Secretary Patrick Shanahan told the meeting that the United States would no longer “tiptoe” around Chinese behavior in Asia. Confirming that, a sale of more than $2 billion in weapons to Taiwan would be seen as a provocation to China’s national interest in the region, and a clear signal that the gloves are now off when it comes to geopolitical claims, potentially resulting in a worrisome escalation of a war which has so far been confined to the sphere of trade.

The sale of the weapons requested by Taiwan, including 108 General Dynamics Corp M1A2T Abrams tanks and 250 Stinger missiles, would not alter the basic military balance in the region, the Pentagon’s Defense Security Cooperation Agency said.

The United States is the main arms supplier to Taiwan, which China deems a renegade province. Beijing has never renounced the use of force to bring the island under its control. Taiwan President Tsai Ing-wen said in March that Washington was responding positively to Taipei’s requests for new arms sales to bolster its defences in the face of pressure from China.

While the US has no formal ties with Taiwan but is bound by law to help provide it with the means to defend itself.

I’d say those are $2.2 billion worth of weapons the PRC is justified in confiscating (or rendering safe) as a security threat. Taiwan is not a UN recognized state.

It’s only non recognized because the PRC will place any country that does recognize Taiwan under severe political and economic sanctions. And Taiwan used to be the permanent member of the UNSC with veto power as China until the 1970’s and it was the PRC that legally didn’t exist. Upon which by agreement between the PRC and the US the two countries swapped roles. And the PRC can call Taiwan a breakaway province, the people of Taiwan do deserve to have a say in that matter. And technically it never was a breakaway province, it’s the last hold out of the previous government from China that the communists defeated on the mainland. And maybe, just maybe, If the PRC wants Taiwan to agree to a peaceful unification they should have treated Hong Kong better. By meddling into Hong Kong’s internal affairs and not sticking to the 50 years exclusion treaty the PRC is not exactly making themselves trustworthy in the eyes of Taiwan.

Chinese Taipei is a renegade part of China (PRC being the govt of) and as such I think the PRC would be entirely justified in performing precision strikes on all military deliveries that threaten the security of the PRC, coming from a renegade military.

It can’t be renegade because Taiwan did not rise up in revolt against Beijing. Beijing just never completed its conquest by taking this last remnant of the Republic of China. Just like neither North or South Korea is a renegade part of the other. They are two separate countries, neither which could conquer the other to unify the original nation, so now there are two. The same applies to the PRC and ROC. Only whereas NK and SK are both relatively equal in size and population and military power, the PRC DWARFES the ROC. But they just happened to have a convenient large tank ditch in the form of the Taiwan Straits that saved the ROC from Mao’s red hordes in 1949.

Yes I remember this happening. Uncle Sam sold out Taiwan as it sells out all its allies when they are of no value;post WWII,Russia ,post wwII yugoslavia ,post WWII Greece ,post Iran/Iraq war Iraq,erdogani Turkey ,now Northstream Germany and tomorrow Post -Anzus Australasia. The US Like all imperialist powers, can never be trusted.

You mean like the imperialist Russia or China? no way…

We are not living under Imperialist Russia nor China. If I had lived then iI would have voiced my concerns about them as well. Oh ,you poor champion of the Ukro/Zio downtrodden!

Maybe not you but Tatarstan, Chechnya, Belarus, Kazakhstan, the Uyghurs, Tibet are and I wouldn’t want to be there, I’m happy with Uncle Sam, having a good life, I can say whatever I want, I have the Internet, Russia and China hate free speech and public protests…

Time to increase military and economic assistance to Venezuela. The US empire cannot defeat the Venezuelan Bolivarian Revolution. Venezuela has a 2,000,000 armed people’s militia prepared for defeating Yankee aggression. Venezuela is entirely mountains (Andes) and jungle (Amazon). Neither Brazil nor the narco state Colombia dare to invade Venezuela. The loyal and patriotic Venezuelan military is prepared.

How much do u want to bet that Venezuela is overthrown by its own people?

The farm. Everyone knows its the brutal US imposed economic siege intended to starve Venezuelan into submission, but they won’t. In twenty years, the Bolivarian Revolution gave away 2,500,000 houses to the extreme poor. Thats 10,000,000 who have directly benefited from Venezuela’s oil wealth. Theat money spent on housing alone represents money that the racist oligarch were not able to steal and send abroad. Not to mention the 35,000 Cuban doctors providing healthcare to all for free.

The Taiwan state just wasted the poor nation money on US crap.

Curious, the Taiwanese have a manufacturing base, do they have their own Defense sector?

Just waste of money and China will win easily vs US

why worry , 2.2 billion bucks doesn’t get you whole lot of stuff and with the overcharging of say 40% it’s close to nothing and will give taiwan maybe half a day extra time before chine engulfs and devours the place.

What are the tanks for? Total waste of money…

The only weapons Taiwan should be purchasing are Chinese supplied weapons.

Perhaps you miss the point of the weapons

No, you miss the point of what the weapons will mean in terms of Chinese Taipei and mainland relations.

Beijing will eventually get to the point where it’s patience ends and not allow Chinese Taipei to become a U.S. missile base.

Beijing naturally sees the $2 billion sale ‘as a provocation to China’s national interest in the region’ as geopolitical tensions rise to dangerous levels. History tells us there can be only outcome – world war. https://www.ghostsofhistory.wordpress.com/

This is a storm in a teacup. Taiwan can buy weapons from whomever. They might want to buy Chinese weapons, but will China sell? If China won’t sell, what is the problem with Taiwan buying from someone else? But of course it had to be US MIC! ;) Who else.

Huawei is buying semiconductors from Taiwan for their phones. Mainland tech is behind Taiwan