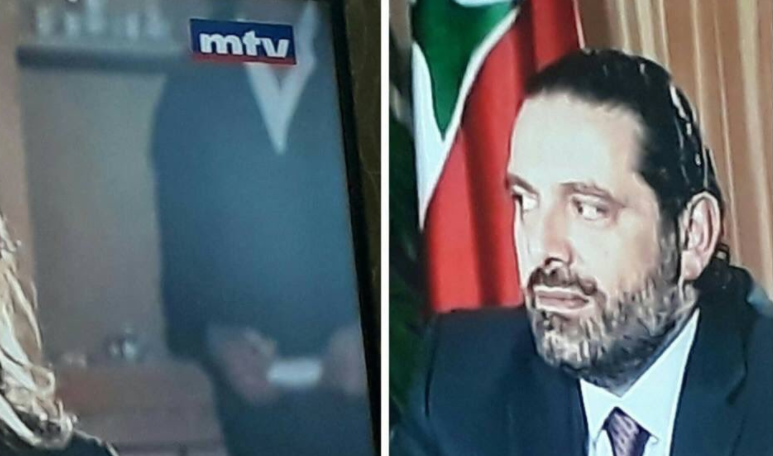 On November 12, Lebanon Prime Minister Saad Hariri said during an interview on the Lebanese Future TV [owned by Hariri himself] that he is going back to Lebanon in the upcoming “days”. The Lebanese PM also stressed that he is not being held against his will by the Saudi government.

“Here in the kingdom of Saudi Arabia, I am free. I have complete freedom, but I want to look after my family as well,” Hariri said during the interview on Future TV.

Hariri clamed that he announced his resignation from Saudi Arabia to cause a “positive shock” for the Lebanese people. The Lebanese PM also said that Lebanon is “in the eye of the storm” and called on Iran to stop “interfering” in the Arab countries.

During the interview, Hariri also criticized Hezbollah for intervening in other countries in the regions. However, Hariri stressed that he is not working against “any Lebanese team, especially Hezbollah” and he is ready to withdraw his resignation.

“There is a Lebanese group that is carrying out certain actions … I will not allow for anyone to launch regional wars on Lebanon for regional gains.” Hariri said.

Meanwhile, Lebanon President Michel Aoun said on twitter that Hariri’s situation threw doubt over anything that he had said or would say, and his statements could not be considered as an expression of his full free will.

The interview was widely criticized by the Lebanese people on social media, with some saying that Hariri was not “comfortable” during the interview. Others also noted that Hariri was looking at someone who was standing behind the host from time to time.

More questions were raised after a leaked video from the backstage of the interview showed a Saudi man telling the host that “there will be no internet” and that she can “get her phone back after the interview is over”.

Only Hariri return to Lebanon will likely reveal what happene  and what Saudi Arabia wanted to achieve by forcing him to resign.

Hariri lies on be half of Saudi and Israel has put Lebanese people at risk.A real leader will stay in his country like Assad did.I now Hariri will return after surrendering bank accounts to Saudi.

I disagree with that.

Why would he even contemplate going back to SA (even if he was a paid insider) ?; I reckon we will find one day that maybe his family have been threatened or held hostage.

This whole thing is so stupid, it has the markings of the US and its buddies.

I am not saying you are wrong, but I disagree; to me this is one false flag (and an obvious one at that).

Well AFAIK he has three nationalities: Saudi Arabian, Lebanese and French. He’s born in Saudi Arabia and his wealth also comes from Saudis. He always promoted Saudi policies in Lebanon, as best as he could. It’s hard to determine to whom he is loyal. I don’t rule the blackmail out, specially after what happened to his company in KSA and I don’t expect him to put ONE of his nationalities above the others or his wealth or his family, I just expect him to not pretend that he does.

We’ll know for sure whenever he is no longer in Saudis’ hands. There was a report a few days ago that he went to UAE. It seems not to be the case and more a move to counter the detention accusations.

Have you seen that the French have just sold their soul ?.

Pretty good analyst you are right.

Harriri has learned one thing That never trust saudiand uae/Bahrain. I hope he has experience the hostage life . he better understand and compromise with lebnese and listen to only labenese only . have a joint effort with other party specially Hezbollah if he really want to save lebnon from this Zionist/whabhi terriost and make his Father proud.

You can call me Al
Reply to  Rafik Chauhan

Bravo Sir; I salute you.

I still think he has been blackmailed (maybe threats to the family?) – otherwise why would he go to SA alone ???.

I listen only to Nasrallah when it comes to Lebanon. He proved his words numerous times, especially in 2006. https://www.youtube.com/watch?v=EuhlmmqIUTI&t=14s

Maybe he will return with the Saudi/UAE/Egyptian & Jordanian Army that is fixing to invade Lebanon. ***As the Sunni have lost in bid to defeat Assad in Syria, it makes strategic sense to stop Shia in Lebanon.

lol, now we KNOW he is lying out his arse…

“Here in the kingdom of Saudi Arabia, I am free. I have complete freedom,

“but I want to look after my family as well,”

As a Saudi and Lebanese citizen, Hariri’s loyalties were always going to be split. Ironic how he was worried of an assassination, yet now he is ok to go back in a few days.