In Damascus’ East Ghouta region, heavy clashes are ongoing between the Syrian army and militant groups for the strategic town of Maydaa.

On July 5, there were reports that the Syrian army sezied a major part of the city. Pro-opposition sources are denying them. However, the strategic situation (Maydaa is partly surrounded by the Syrian army) shows that the town will be liberated by pro-government forces sooner or later. 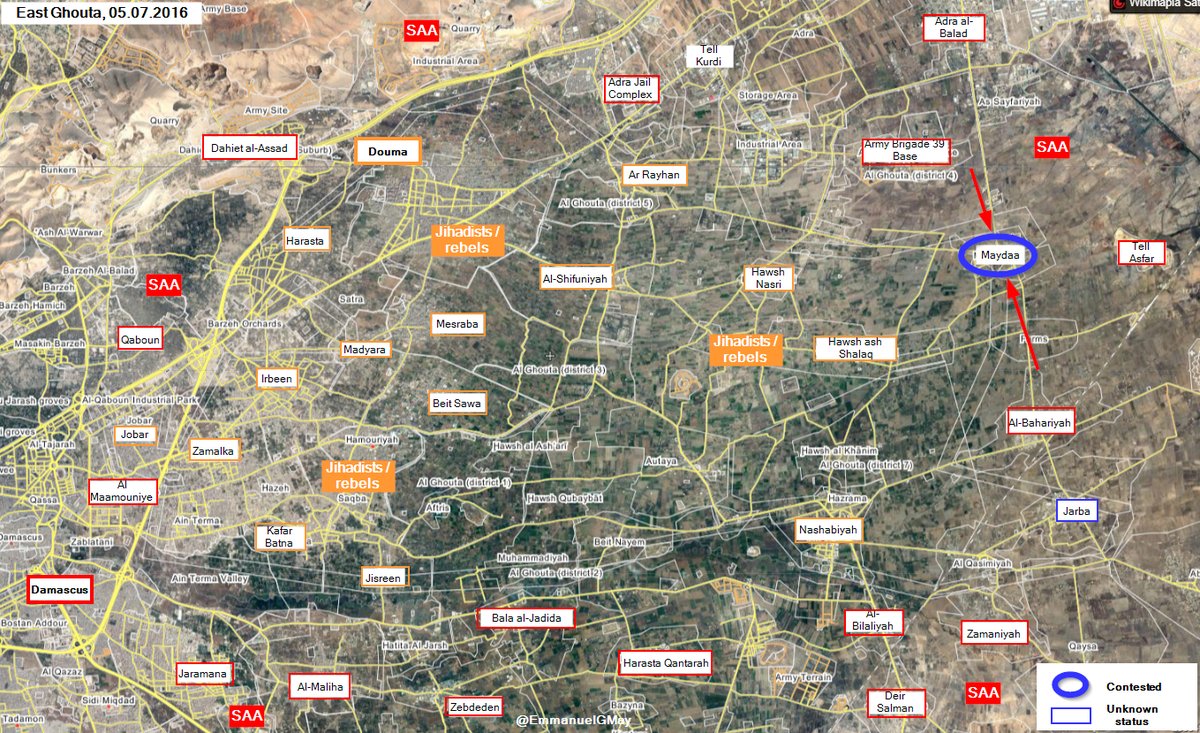