As predicted, the G7 summit ended in disarray. Without an endorsement by Donald Trump, the communique did not turn out as intended. The US president got personal, calling Canadian Prime Minister Justin Trudeau “dishonest & weak.” Such an open dispute, in addition to, among other things, his bizarre tweets from aboard Air Force One, was quite unusual for a meeting held at such a high level. Nothing like this has ever happened before. And the result? The differences remain, and the trade war that has already started is likely to continue, affecting cars and other commodities. Turmoil and disarray reigned, turning the summit into a dismal failure. The future of the G7 is in question. It very much looks like the much-vaunted Western unity has been consigned to the grave. 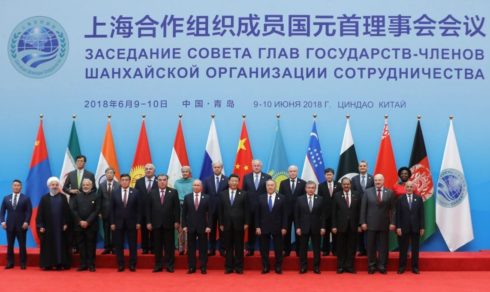 In stark contrast to the event in Canada, the Shanghai Cooperation Organization (SCO) summit was a success. Everybody minded their P’s and Q’s, respecting the rules of etiquette. The participants in the SCO meeting agreed on Syria, Iran, and economic cooperation. In total, 17 documents were signed, including the Qingdao Declaration. The group agreed to continue pursuing the SCO 2025 Development Strategy by boosting cooperation in all areas.

A proposal was endorsed to expedite the enforcement by all signatory states of the Protocol on Security Assurances to the Treaty on a Nuclear-Weapon-Free Zone in Central Asia. The SCO Member States on Counter-Terrorist, Counter-Separatist and Counter-Extremist Measures for 2019–2021, a program to fight terrorism, separatism, and extremism, was finalized for approval at the meeting of the SCO defense ministers. Regular, joint anti-terrorist exercises, including the Peace Mission, will be held and security interaction will be expanded, especially in regard to personnel training. It was emphasized that the SCO Convention on Countering Extremism, signed on June 9, 2017 in Astana, needs to take effect more quickly. It was important for Russia that the need to address the situation in Afghanistan received due attention, including the proposal for talks to be held in the Moscow format. That’s a welcome development. The time is right for the organization to do more, as the situation in that country is one that concerns them all.

It would also be a good idea to expedite the development of the SCO Development Bank and Development Fund, in order to facilitate the implementation of joint projects. Russia and China are also preparing an agreement on the Eurasian Economic Partnership, which is open to all SCO members. Combined with China’s One Belt, One Road initiative, that project could spur progress in the region, changing its economic landscape.

The Qingdao Declaration projects the SCO as an international organization. It means that this regional forum is poised to step up to the next level. Moving ahead would be a natural thing for the group, the members of which are home to 40% of the world’s population. Such major regional players as India and Pakistan have recently joined the SCO as full-fledged members, greatly raising the group’s international clout. With eight full members, four observers, 10 candidate observers and six dialog partners, a permanent secretariat in Beijing, and the Regional Anti-Terrorist Structure or RATS, a security outpost based in Tashkent, the organization is evidently ready for a bigger role on the world stage. The SCO is noteworthy for its adherence to the UN Charter and the tenets of international law, something seldom remembered at meetings of Western-led groups.

And the organization should become more active in Eurasia, which, unlike other regions, lacks multilateral development and security institutions. The SCO could fill that void.

The participants agreed that protectionism in any form should be rejected. This dovetails with what President Trump proposed at the G7 meeting when he called for dropping all tariffs and trade barriers.

The event provided a chance for the Pakistani president and Indian PM to shake hands and talk. The attendees approved the drafts of the Action Plan for 2018-2022 on the implementation of the Treaty on Long-Term Neighborliness, Friendship and Cooperation between the SCO Member States, which could serve as a foundation for solving the Kashmir territorial dispute.

The Chinese president accepted the invitation of Indian PM Narendra Modi to visit his country next year.

In September, President Putin is to meet North Korean leader Kim Jong Un in Vladivostok. The hope is that progress will be achieved on the North Korean problem, even if Pyongyang and Washington are unable to find a common language, as the range of potential solutions cannot be limited to just the options endorsed by the US. Russia, China, South Korea, and Japan are key players and can do a lot on their own, although America also has a large role and its involvement is welcome, despite the damage done to its reputation after its unilateral withdrawal from the Iran deal.

Pursuing economic projects and creating an infrastructure to facilitate that process, doing more to bring peace to Afghanistan and to fend off the terrorist threat, contributing to the preservation of the Iran nuclear deal and, in all likelihood, tackling the North Korean problem — these would all be steps in the right direction that would boost the SCO’s international clout and reflect the shift to a multipolar world.

In Contrast to the Disastrous G7, the SCO Summit Was a Success Story

SCO will be big player in 20-30 years, IF will grow their financial and economical power.

Lolololol. For MsM perhaps, which never have been so far away from real life in their history.

This time the G7 summit was a full disaster.