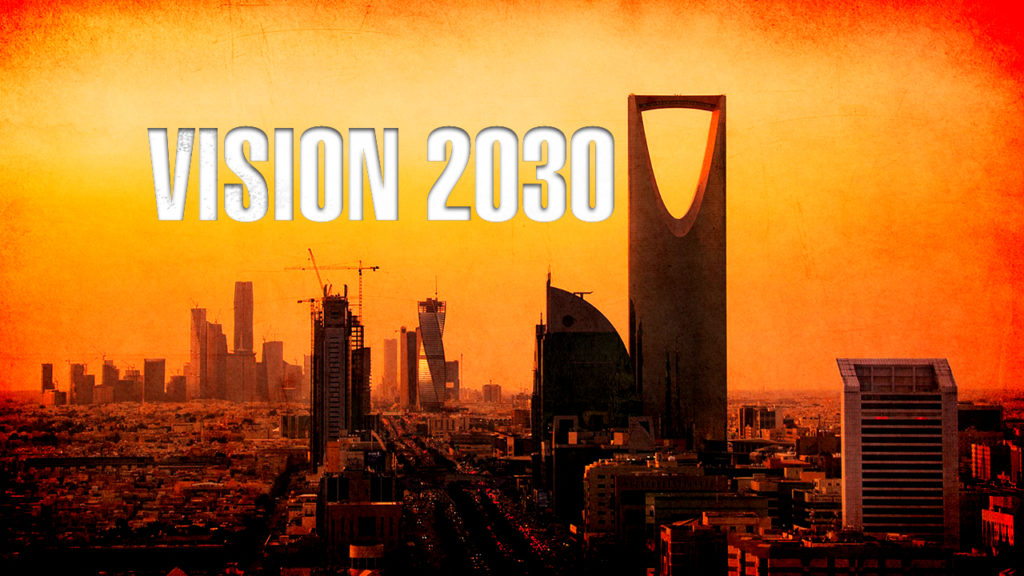 Modern Saudi Arabia is a recent incarnation, dating to 1932. Six years later Standard Oil discovered oil. Since this time Saudi Arabia’s fortunes have been linked to the price of hydrocarbons, and to the US. Today fossil fuels continue to account for 90% of the nation’s foreign currency earnings. While alternatives to hydrocarbons in the form of shale oil, fracking, tar sands, green energy and electric cars have diminished the importance of oil, polymer plastics guarantee demand for Saudi Arabia’s sole notable export. Most of the remaining 10% in currency earnings is revenue from the 7+ million pilgrims who visit the Islamic holy sites of Mecca and Medina annually.

Saudi governments have preferred to bankroll their operations from oil revenue rather than upsetting their pampered citizens with taxes. With an estimated budgetary break-even point of $65 per barrel, whenever prices fall below this point, they dip into reserves, something Saudi Arabia has done extensively in recent years. Saudi Arabia’s debt rose from $12 billion in 2014 to $85 billion in 2018 while their foreign currency reserves diminished from $797 billion to $514 billion.

The importance of Saudi Arabia to the US is primarily the Petrodollar, a system which obligates the world to buy OPEC oil for dollars, thus perpetuating international demand for the greenback. Furthermore the Saudi Rial is pegged to the US Dollar with Saudi reserves largely parked in US Treasury Bonds. In return the US guarantees to protect Saudi Arabia. It is likely US protection of Saudi Arabia will end, once their economic usefulness expires. That day is coming soon.

In 2015 King Salman, son of Saudi Arabia’s founding father, King Abdulaziz Al Saud, became king at the age of 80 and his favourite son Prince Mohammed bin Salman (MBS) was appointed President of the Council of Economic Affairs and Development. Months later the IMF reported Saudi Arabia could be bankrupt within five years. MBS’s response was Vision 2030 – a 15 year ‘reform’ plan to diversify Saudi Arabia from oil and drag the conservative autocracy into the 21st century. Vision 2030 was received with tremendous enthusiasm within the kingdom, but considerable scepticism in the rest of the world. It’s three pillars are:

Vision 2030 seeks to stamp Saudi Arabia’s domination over the Muslim world and to entertain the 20 million pilgrim tourists they predict in 2020 and 30 million by 2030. Vision 2030 proposes the following:

Vision 2030 proposed transforming Saudi Arabia’s Public Investment Fund (PIF) into the world’s largest investment vehicle by transferring the state oil giant Aramco (valued by them at USD$2-2.5 trillion) to PIF’s portfolio, together with other non-oil state assets, such as real estate. Vision 2030 makes many exaggerated claims about Aramco’s worth and predictions about future success. The obvious flaw in Aramco’s partial-privatisation plan was the company’s requirement to disclose the true state of their assets and oil reserves during auditing. Many commentators speculate Saudi Arabia’s reserves have already peaked and their spare capacity is exaggerated. Aramco claims production capacity of 12.0 million barrels per day, with current production at 10.7. For unexplained reasons, Aramco has been unwilling or unable to bring the extra 1.3 million barrels online to make up for Iran’s exclusion resulting from US sanctions. Irrespective of this early investments by the PIF which include Uber (5% for USD$3.5 billion) and a joint $100 billion venture with Japan’s SoftBank have performed disappointingly.

MBS repeats the self evident mantra that Saudi addiction to oil has thwarted other aspects of the economy. To remedy this Vision 2030 aims to expand non-oil economic sectors including:

Saudi Aramco is Saudi Arabia’s largest company and has exclusive rights to exploit the kingdom’s hydrocarbon sector. It’s a kingdom within a kingdom and operates housing projects, schools, magazines and numerous associated assets which serve operations and staff. Aramco’s importance to Vision 2030 was due to its partial privatisation bankrolling other projects. Vision 2030 proposed:

While stock markets competed to host the planned listing of Aramco in 2018, complications caused delays and now MBS speaks of a 2021 listing. However other aspects of Aramco’s restructuring remain on course.

MBS appreciates how dull life can be a religiously conservative theocracy, particularly for women. Vision 2030 proposes fixing this with:

How well has the plan worked so far?

Vision 2030 is either Saudi Arabia’s most ambitious strategy or the world’s largest spending spree. Irrespective Saudi Arabia remains on track for bankruptcy within a few years for the following reasons:

Ordinary Saudi Arabians are ill equipped for physical labour, academic effort or military service. For generations Saudi society has outsourced decisions and labour to foreign workers, while they relax and enjoy the unearned income that oil delivered. Without a psychological change in the Saudi mindset, the elaborate plans of Vision 2030 will remain just  that; plans. Vision 2030 is not a vision, but delusion which risks bankrupting Saudi Arabia faster than it otherwise would have. Saudi Arabia’s future is not bright.

New Zealand based analyst and filmmaker

The petrodollar is probably a myth. Japan and China EACH hold twice as much in Treasuries as Saudi. Investors need to be weaned off this stupid myth because the other side of the petrodollar agreement was that the US would defend Saudi royals and their oil with the blood of their young. It should be obvious to everyone that the US is not only defending the Saudis but is helping them spread Wahhabism and the terror that goes with it. Why else does the US invade ONLY countries that refuse to enforce Shariah law? Come on, folks, put your thinking caps on. After the Kosovo war, the Saudis immediately sent “charitable donations” to Kosovo consisting of new mosques and Wahhabist imams. Kosovo is now the country in Europe that sends more terrorists to Syria. It is ALL about the petrodollar agreement, a pact with the devil.

UK Conservative governments were the architects in the creation of Saudi Arabia and Israel. They were and still are ‘Colonialist Genocidal Scum. The policies of aerial bombing torture, land theft, looting, ethnic cleansing and imprisonment carried out by the ‘Grusome Twosome’ are still being aided and abetted by the Conservative UK government and the ‘Blairite faction of the Labour Party. In the meantime ‘Drama Queen Netanyahu’ continues to play headmaster and hold up childish drawings of cartoon bombs and graphs of the rising dangers from Iran, pointing at them with a baton as if we were a class of young school children. He seems to enjoy ridiculing himself. Iran has not made an unprovoked attack on any nation but like Iraq, Libya and Syria they have never recognized the Zionist theft and illegal occupation of Palestine and that’s why all four countries have been targeted by the Pro Zionist West. There needs to be a day of reckoning for all involved in the theft of Palestine it is a rerun of the slaughter of Native Americans for which most Americans are dismissive. We cannot do much about whats left of the Native American tribes but its not to late to reverse the population of Palestine too 7% Jews as it was in 1900. I hope that at some stage all Arab states will throw off the shackles of Dictators both Monarchs and Military and return Palestine to the indigenous population.

Neom: where people that decide to invest in a violent repressive medieval society where they have no rights get what they deserve. Investors must be lining up. :’)

A load of crap, that is all there is to say on this story

Trump and all corrupt US politicians have been on Saudi payroll for decades. Saudi Arabia is the proxy bank for CIA and other Salafist terror groups. US will take no action against the shockingly disgusting murder of Khashoggi and is already pressuring the equally hypocritical Turks to drop the investigation and white wash the heinous crime. The Kushner criminal family has taken millions from Saudis and act their PR front in the US and UK. Saudi regime is a UK and US creation to promote their agenda and oil plunder.

Very interesting piece, a nice concise summary of where Saudi Arabia thinks it is going.

It has plans coming out of its ears, but are many of them at all realistic?

Of course, the realities of Saudi Arabia’s relationship to the the US and Israel create kind of a straightjacket for a state that wants to be in any meaningful way independent and planning for the best interests of its people.