The US Senate has voted 56 to 41 to sorta-kinda eventually end America’s part in the Saudi-led war in Yemen, one step out of a great many that will need to happen in order to end the worst humanitarian crisis on the face of the earth.

The joint resolution still allows US drones to patrol Yemeni airspace and rain death from above in its “war on terror” against Al Qaeda, and it is unable to pass in the House this year due to an unbelievably sleazy rider that House Republicans attached to the unrelated Farm Bill. The resolution isn’t expected to change much in terms of actual US participation in the war besides some intelligence and reconnaissance assistance to Saudi Arabia and the United Arab Emirates against the Houthi rebels, since the US has already ended its assistance in refueling Saudi jets on their bombing campaigns as of last month. Trump is expected to veto any Yemen resolutions, and the Senate resolution was not passed with a veto-proof supermajority.

Still, it’s a step. A step in the right direction, both toward congress imposing some checks and balances on the Executive Branch’s heretofore obscenely unchallenged war powers, and toward the US government moving into opposition to the brazen war crimes being inflicted upon the Yemeni people by America’s close ally Saudi Arabia. And I think that last bit is worth taking a moment to think about.

The Senate vote to end U.S. involvement in the #Saudi #Yemen War is a big step forward, and the House should do the same in early 2019. But to actually force an end the Saudi war, Congress must cut off the Saudi Air Force's spare parts, without which it can't fly..

Research from the Armed Conflict Location and Event Data Project indicates that up to 80,000 people have been killed in this war, which would be eight times more than the 10,000 figure we’ve been hearing from the mainstream media for years on those rare occasions they’ve felt like mentioning Yemen. And it is important to note that this number applies to deaths by military violence only, not to the other untold tens of thousands who have died of starvation and cholera as a result of Saudi Arabia’s inhuman blockades on imports and its deliberate targeting of farms, fishing boats, marketplaces, food storage sites and cholera treatment centers with airstrikes. Just for children under the age of five, the death toll due to starvation alone is believed to be around 85,000.

So that’s what’s going on while the bureaucrats on Capitol Hill are slowly pushing their pencils and the diplomats are making nicey nicey with theocratic Gulf state tyrants. If Saudi Arabia were not an ally of the United States, this matter would be treated very, very differently.

In May of last year, then-Secretary of State Rex Tillerson was given a memo by his assistant, virulent Iran hawk Brian Hook. The memo, intended to educate the struggling political neophyte Tillerson on the finer points of State Department manipulation, laid out the beltway’s standard protocol for dealing with Washington’s allies and its enemies. Hook said human rights issues are something the US government presses its enemies on but not its allies, naming China, Russia, North Korea, and Iran as examples of US enemies who violate human rights, and naming Egypt, the Philippines, and Saudi Arabia as examples of US allies who violate human rights.

“In the case of US allies such as Egypt, Saudi Arabia, and the Philippines, the Administration is fully justified in emphasizing good relations for a variety of important reasons, including counter-terrorism, and in honestly facing up to the difficult tradeoffs with regard to human rights,” Hook wrote. “One useful guideline for a realistic and successful foreign policy is that allies should be treated differently — and better — than adversaries. Otherwise, we end up with more adversaries, and fewer allies. The classic dilemma of balancing ideals and interests is with regard to America’s allies. In relation to our competitors, there is far less of a dilemma. We do not look to bolster America’s adversaries overseas; we look to pressure, compete with, and outmaneuver them. For this reason, we should consider human rights as an important issue in regard to US relations with China, Russia, North Korea, and Iran. And this is not only because of moral concern for practices inside those countries. It is also because pressing those regimes on human rights is one way to impose costs, apply counter-pressure, and regain the initiative from them strategically.”

Leaked memo schooled Tillerson on human rights, i.e. How to use democracy promotion against US enemies where regime-change is desired outcome and not against your allies, such as KSA, Egypt, Jordan etc. Democracy too good for US allies. https://t.co/BCai6pntct via @politico

And indeed this is exactly the sort of behavior we see from the US government, not just from its official branches like the State Department but from its unofficial ones as well, including the mainstream media. Just look at the France protests, which have seen mass arrests and protesters getting eyes shot out and hands blown off by brutal police responses while receiving nary a whisper of commentary from the plutocrat-owned talking heads, yet if this were happening in Russia we all know it would be forced into viral trends and pushed into public consciousness at every opportunity.

If Saudi Arabia existed in the “enemies” column instead of the “allies”, we’d have been seeing constant mass media coverage of its butchery in Yemen for almost four years now. MSNBC, which recently went more than a yearwithout mentioning Yemen even a single time, would be tearfully depicting the dying children with the same urgency it covered the “uniquely horrific” sarin gas attack alleged to have taken place in Syria last year, and doing so regularly. The starving children of Yemen would be on the forefront of western consciousness instead of the back burner, and demands to make it stop would be screaming from coast to coast.

That’s seriously it. That one stupid, silly shift from the “allies” column to the “enemies” column would make the difference between night and day in the western world’s response to the slaughter in Yemen. The Saudi royals would be vilified, and that vilification would be used to manufacture support for sanctions and strategies to shove the KSA off the world stage. CIA covert ops would be implemented to sow discord, and starvation sanctions would target Saudi civilians to help stoke the flames of discontent. Regime change would take place via invasion or staged coup, and then a puppet regime would be installed which would quietly make the shift to selling all Saudi oil in US dollars.

There is no consistency in how mass arrests are depicted in Western media. If this took place in a "hostile" country, it would be declared state-sponsored repression by an authoritarian regime https://t.co/xFmJNwlgBE

And in the meantime, God help Trump if he was stupid enough to stay cozied up with the Saudis, because guess what? There’s a lot more evidence for Saudi collusion than there is for Russia collusion. The all-you-can-eat nothingburger of Russiagate would have been replaced by far more concrete and straightforward stories about direct financial ties to the Saudi government, an emissary for a Saudi prince who wanted to help Trump win the 2016 election, and remarks by Saudi Crown Prince Mohammed bin Salman that Trump’s son-in-law Jared Kushner is “in his pocket”. Trump’s creepy glowing orb picture alone would have mainstream Saudi-gate conspiracy theorists in intractable hysterics.

Of course none of this would ever have had a chance to happen, because if Saudi Arabia were not a US ally, it would have been invaded and forcibly regime changed immediately after 9/11.

But Saudi Arabia is a US ally, and a very close one indeed. Its petrodollar deal, its prime strategic location and its ability to move vast amounts of wealth around behind a veil of total government opacity in the facilitation of sociopathic agendas has made it a priceless asset in the US-centralized empire’s relentless quest for global domination. This remains true in spite of whatever particular quibbles that empire might happen to have with MBS, and in spite of any journalists’ unfortunate encounters with any bone saws.

The struggle to dominate the Middle East remains one of the foremost priorities of elite power in this world, and they’re going to do everything they can not to let a few piles of dead children interfere with an important alliance. The butchery in Yemen is the single worst thing that is happening in the world today, and because of the power dynamics that are at play, we’re going to need a whole lot more than a feel-good Senate vote to heal it. It’s a step. We must keep stepping.

Hey… the Saudis and the UAE pay good money to bribe members of the U.S. Congress. What’s the harm in the U.S. allying with profanely wealthy, psychopathic Wahhabi-extremist supporting nations? 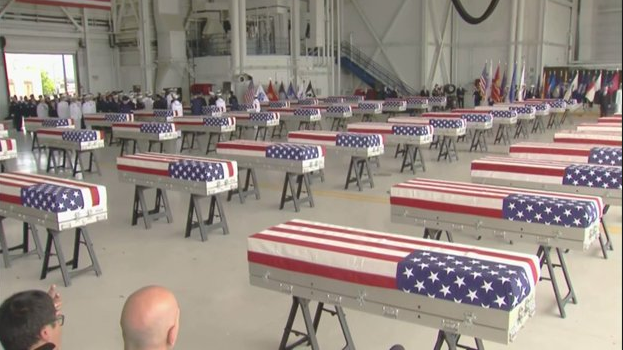 As long as we get paid……………….these guys were just born under a bad sign.

Imagine if Israel was not a US ‘ally’!