On November 26th, Russia demonstrated its Avangard hypersonic boost-glide vehicle to US inspectors as per the New START (Strategic Arms Reduction Treaty), crushing all of MSM’s hopes that it was imaginary.

“Under the Treaty on Measures for the Further Reduction and Limitation of Strategic Offensive Arms, a US inspection group was shown the Avangard missile system with the hypersonic boost-glide vehicle on the territory of Russia on November 24-26, 2019,” the Russian defense ministry said in a statement.

The Avangard equipped a hypersonic boost-glide vehicle, said to be able to penetrate any defenses. It achieves extremely high speeds during its final approach while retaining the ability to maneuver.

Avangard uses an UR-100N UTTKh ICBM as the rocket booster to loft the hypersonic boost-glide vehicle to the appropriate altitude and boost it to the required speed. Afterward, the independently maneuverable weapon then travels along a flatter, distinctly non-ballistic trajectory toward its target.

The announcement of the development and progress of the hypersonic missiles, of which the Kinzhal missile is already delivered to some parts of the Russian Armed Forces caused quite a stir in MSM. Specifically, it refused to believe that any of it was true, and Russian President Vladimir Putin was mocked for announcing them in March 2018.

Since then, a lot has changed – as mentioned the Kinzhal was delivered, and Avangard is set to enter combat duty in December 2019.

The Avangard was developed by the Research and Production Association of Machine-Building (the town of Reutov, the Moscow Region) and was tested from 2004. The boost-glide vehicle is capable of flying at over 20 times the speed of sound in the dense layers of the atmosphere, maneuvering by its flight path and its altitude and breaching any anti-missile defense.

And, it appears that specifically MSM and those fueling the narrative are living through the stages of grief.

Initially, when Putin unveiled the weapons and reports of their tests began surfacing, MSM began denying them, saying that it simply wasn’t true. It was all a “meme,” produced by the Russian President to improve the country’s image, internationally, as well as domestically.

In an article for Politico, he added: “Whether or not these new weapons work and whether or not they are available, they don’t change the basic deterrent posture or military capability of Russia.”

And how could they work, after all the US has no such capability and by all accounts isn’t all that near such a capability.

Regardless, that didn’t stop former US National Security Adviser John Bolton to suggest that Russia had stolen the technology from the US.

In Bolton’s case this was the second stage of grief – anger. The “enemy” was successful in their technology, and that is not fair, so they must be cheating somehow.

Then, following the recent inspection, the Drive’s article on the topic suggests that possibly the third stage of grief has arrived – bargaining.

Yes, US inspectors did see the Avangard hypersonic boost-glide vehicle, but, surely, didn’t see a flight test, and it was maybe just an illusion, with smoke and mirrors included. Maybe it’s actually something else, in typical bargaining matter.

“Though many reports describe the event as a “demonstration” of Avangard, it is unclear if the American team observed an actual flight test of any kind. This seems unlikely given that typically tests of large, long-range missiles require notices to airmen (NOTAM) or other similar alerts to warn civilian and commercial pilots, as well as mariners depending on where the flight is taking place, to stay clear of the path of the missile.

The U.S. party may simply have visited Russia to see an example of Avangard, or even just its warhead, which is an unpowered hypersonic boost-glide vehicle, and get briefed on how the Kremlin sees the weapon as fitting into the terms of New START.”

Despite Russia even saying how it could be armed and that it would come under the New START:

“Considering that the Avangard system is equipped with an intercontinental ballistic missile, it will be subject to all the procedures stipulated by the strategic offensive arms reduction treaty,” Russian Lieutenant-General Viktor Poznikhir, First Deputy Head of the Russian General Staff’s Main Operational Department said.

And other Russian officials also suggested the same, saying that it was no issue for the weapon to be subject to the provisions of the New START.

“There are no big problems with Avangard [being subject to the treaty], either, because it is an optional warhead for an ICBM of the corresponding type, to which the treaty applies, too,” Vladimir Leontiev, the deputy director of the Russian Foreign Ministry’s non-proliferation and arms control department, reaffirmed during a public talk on November 1st, 2019. “The Avangard will enter the Treaty very smoothly.”

This is where the bargaining comes, though, why would it be under New START when it’s probably a lie, it’s not an effective weapon, can it even be armed and what does it even do. Maybe it’s simply a metal chassis, with just a conventional engine within that is just for show.

As of September 2019, Russia had 513 deployed ICBMs, SLBMs, and heavy bombers, in total, as well as 1426 deployed warheads and 757 deployed and non-deployed launchers, according to the U.S. State Department.

But why would Russia do that, after all, it has so many other missiles and weapons it can commission that aren’t fake, right?

The final two stages of grief are yet to come and they are “Depression” and, finally “Acceptance,” whether they would go without issue remains unclear. Since acceptance of other’s superiority in any field, whatsoever, is something that the US has long evidently struggled.

Russians don’t care whether they believe it or not. The only effective way to find out is to directly attack Russia, but, for the sake of world safety and peace, Russia strongly discourages anyone from doing this. Russian enemies will get the shock of their lives! They will think that they are facing the Aliens. Russia does this to defend itself and its allies. Not for theatrical performances. So whether you believe it or not, Russia won’t lose an hour of sleep because of that.

I am Jaziel
Reply to  TORKISH OTTOMAN SUPA SOULJA

Karen Bartlett
Reply to  I am Jaziel

One man, and his benchpress stands alone against soviet hordes!!

The US has a secret weapon though. Trump was shown the evidence by his military advisor. Trump said on Twitter that his new Space Command already has the best space ship in the world and here it is :)

And yes, Spacexicans will pay for it. : D 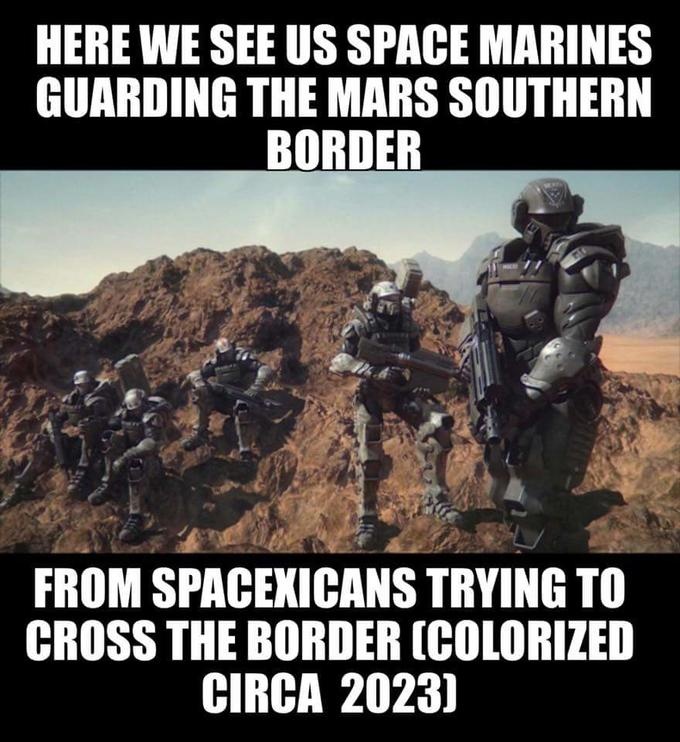 Brilliant.
US Democratic Values are now a galactic project for the Zionist New Galaxy Order.

Trump is planning to visit his Space Marines this Christmas.

Shifty Schiff and Elon Musk have arranged the transport in a battery powered Space Cruiser named ‘Space Force One’.
With gold fittings naturally.

So, what stage of DAB-DA is Yanki MIC now at? Personally I think they are stuck on and between the “Double D’s” The $trillions spent on 9 Naval Strike Groups can now be taken out for less than the price of one of their overpriced F-22s. Kinda reminds me of the old Soviet space programme back in the 60’s where the Yanks developed a pen that would function in zero gravity which cost almost $14 million. The Russians used pencils. Today the Yanks use the Russian manufactured RD-180 rocket engines and have being doing so since 1997 and will continue until at least 2025. And, somehow or another they cannot believe that the world leader in space rocket systems can’t produce the definitive knock out space weapon. Honestly, I can only believe at this stage the only way for Yanki MIC to attain parity in START 2 is if they buy Avanguard from Russia and rename it Disneyland. Lol

They inform everyone that they are goign to conduct a test along with the specifics (trajectory, speed, launch point and end point). They also issue a NOTAM to air traffic. Also, a single warhead wouldnt be enough to be strategically significant. There is enough redundancy in US nuclear command and control structure that even if the president was taken out, a retaliatory strike causing unnaceptable damage would be inevitable. You would need many weapons to take out the retaliatory capabilities of the US (from a command and control point of view) long enough to physically take out all their strategic capabilities by surprise and avoid devastating retaliation. We also don’t know if the RUssians are able to locate and destroy ALL the Ballistic missile nuclear submarines (4-5 on combat patrol at all times) in time to avoid retaliation. So the Pentagon isn’t really concerned (from a readiness perspective, technology wise, I believe they are VERY concerned) when it detects a single high speed vehicle that has been announced in advance over Russia.

I like the cheesy grin on the lorry. ;O)

Didn’t watch all of this, too technical. However, on this Day (Thanksgiving Day, US) I am thanking God for…Russia! Dear Russia, you have single-handedly provided a deterrent to the US gov’t plans to control the world and murder all of its innocent Peoples! Thank You, Lord, thank You, thank You, thank You!

This doesn’t make sense at all.

The Russian Federation is under no obligation to host US weapon inspectors just like the Israeli’s will never allow anyone to do an independent audit of their nuclear arsenal.

It’s better to maintain the advantage instead of showcasing the very equipment that will force Western taxpayers to cough up yet more fund to counter this new threat posed by the Russians.

I’m not buying it – All this does is provide the Neoliberals with validating reasons to up their war mongering mantra.

By showing of this equipment which supposedly cannot be intercepted the Russians have played into the hands of the Deep State who’ll happily respond by wasting yet more public funds while using Russian made RD180 engines for their militaristic space program.

Is anyone getting the impression that we’re all being played?