This article discusses the clear differences between traditional Islam and Islamic radicalism or extremism. It explains or defines for us reasons why people in Russia may convert to the radical form of Islam. Also, some very important key points are made on how to fight this type of extremism in Islam. 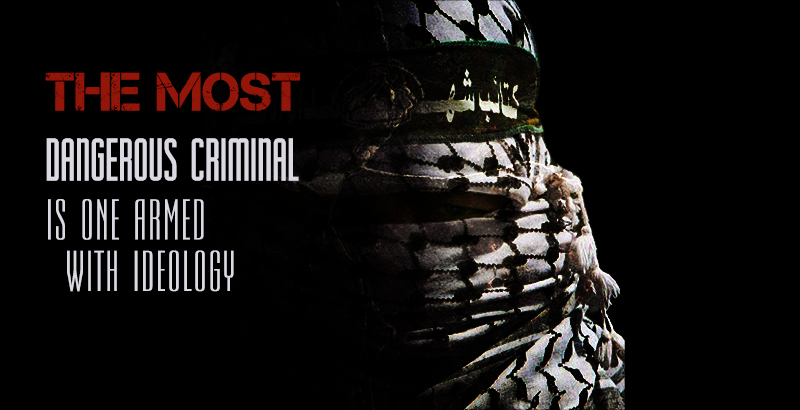 On the difference between ISIL and the more familiar to us, from the events in Northern Caucasus, Wahhabi explains an expert of an Institute of National Strategy and chief editor of the scientific journal “Muslim World” to a Military-Industrial courier, Rice Suleymanov.

“The main difference of ISIL from all the other Islamic organizations and movements is that they went further than others in the realization of the main goal – they proclaimed Caliphate. It is a cherished dream about an ideal state that was nourished and practiced by Islamism fundamentalists. And if they fought for the creation of Islamic states in Northern Caucasus and Afghanistan, which were seen within some specific boundaries (that same “Caucasus Emirate”, declared in 2007), then ISIL leaders declared it as Caliphate, which carries an exterritorial character. They even simply call it “Islamic State” (ud-Daula al-Islami). If “Al-Qaida” functioned like an organization having a web of affiliates in different countries, “Caucasus Emirate” having had more of a virtual character, then ISIL is a territory on which its public institutions have been operating for more than a year, and in different countries from Nigeria to Afghanistan, it has been sworn with groups of similar views. The main danger is in the fact that ISIL has an expansionary character, threatening territorial integrity of those countries to which they are close, and the national security of many others that are located further away. Attracting, like a magnet, Islamists into their ranks from European countries and post Soviet territories, in perspective, ISIL will begin to throw them back in order to allow terrorist activities to unfold in those places.

For Russian Muslims traditional Islam is that form which was historically accepted by either one group of the country’s native-born people or another, and became a part of its national culture, tradition, identity and worldview that is preaching a peaceful co-existence with people of other religions, is loyal to the country and puts in front of itself goals to change its political structure. In theological terms, with regard to the native Russian Muslims, it is also usually specified to which school of religious law (Madh’hab) they belong. In Russia there are two Madh’hab. Hanafi are the people of Ural-Volga region, Crimea and part of Northern Caucasus region – Circassians, Nogai and others, and Shafi are the other people of Northern Caucasus.

ISIL’s ideology is called Wahhabism, or Takfiri to be exact, which is the most extreme form, in which case it is allowed to declare Takfiri to the other disagreeing with it branches of Islam (accusing them of being unfaithful), which means full approval of murder.

-What is understood as Islamic extremism or radicalism?

-Islamic extremism is the totality of manifestation of extreme views and unlawful acts by using, covering up and justifying their doctrine. When advocating in favor of changing the existing state system, one begins to manipulate the religious sentiments of ordinary Muslims, firmly opposing itself as the “unbeliever” – this is Islamic radicalism.

-Some known facts are when Russians became Wahhabis. What caused this?

-I am isolating several Muslim groups and their total, according to my calculations is from three to five thousand and being classified based on their motives for conversion to Islam: 1) accepted Islam for ideological reasons, because of some spiritual quest; 2) changed their faith due to family and marital circumstances, for example when a Russian girl is marrying a Tatar, and the girl accepts Islam before the wedding; 3) accepting Islam as a short term consideration, when it is convenient to be a Muslim, which can be observed among certain officials in Tatarstan, who converted to Islam in order to be as their own among national bureaucracy; 4) ended up as prisoners of war in Afghanistan or Chechnya and remained in the bosom of Islam.

The biggest number of radicals comes out of the first group. After converting to Islam, these people are experiencing a neophyte syndrome – a desire to demonstrate their religious zeal, correct a certain guilt that they weren’t Muslim before and to prove to their fellow believers that they are not any worse. It’s not uncommon in this environment to have those who are ready to prove their new religious identity with the help of a weapon. The more famous representatives of Islamic terrorists in Russia are the Russian muslims: Aleksandr Tikhomirov (Said Buryatsky), Victor Dvorakovskiy, Vitaliy Razdobud’ko, Alla Saprikina, Pavel Pechenkin. And that is why you have 3-5 thousand Russian neophytes, who percentage wise produced more terrorists than 5 million Tatars, who are traditional Muslims.

I would name the absence of a religious experience in the Orthodoxy or acceptance of Christianity as a religion of the weak, preaching non-violence, but also being entirely a part of Russian’s state system as reasons why Russians choose Islam. Their rejection of the Russian Orthodox Church and their respective choice for the benefit of Islam, they explain that the Church is the state’s “servant” that identifies with corruption and lawlessness. By the way, they regard traditional Muslim clergy the same, considering it servicing the Bureaucracy personnel. Islam however is seen as a religion, opposing the political system. Since a Russian gal or guy is not able to tell the difference between the various branches of Islam, the radicals introduce to them Wahhabi as the only accurate belief.

-Are there instances when Wahhabi ideology penetrates the medium of law enforcement officers and military personnel?

-A well-known example is the Tajik colonel of Interior Ministry, OMON commander; suitor of several awards and medals Gulmurod Khalimov. This is the most egregious case when a law enforcement officer, a high ranking one at that, became Wahhabi and even went over to fight on the Islamic side. But there are also sad examples of this in Russia. In this manner Almetyevsk’s (Tatarstan) Deputy Prosecutor Askhat Davletshin left to fight for the “Taliban” in Afghanistan in 2009, and from there he moved to Pakistan. After that, he managed to move his like-minded accomplice Pavel Dorokhov (Abdul Mudzhib) back to Russia, where in Salavat (Bashkortostan), he, along with some local Wahhabis tried to blow up a water channel pump station. This terrorist act was unsuccessful.
To this day, there are no known instances where the spread of Wahhabis has reached the Russian Armed Forces. Although considering where some of the Wahhabis are located, it can be determined that a person who has joined the army, came home with radical convictions.

-Russia openly took the side of Syria’s legitimate government against ISIL. Do you expect extremism in our country to surge due to this?

-As we remember, from 1999 to 2004 the Wahhabi blew up residential buildings in Moscow, Buynaksk, Vokgodonsk, Kaspiysk and took hostages in response to our actions in Chechnya. There were terrorist acts that were on a smaller scale and with fewer consequences. And now it is necessary to be prepared for the fact that there will be such attempts from ISIL supporters. The number of compatriots who left for Jihad is always rising; if in 2013 400 Russians left for Syria, then in beginning of 2014 it was 1700 Russians, and in September according to FSB, that number was 2400. At present, there is a tendency toward growth. 200 people left from the Volga Federal District. The Wahhabis return after a certain time and former ISIL members are being arrested since the end of 2014, and trials are being held (there were three in Tatarstan).

From the beginning ISIL did not hide its plans when it came to Russia and especially Northern Caucasus. Now that we are participating in a war with ISIL, we have to be ready that Jihad will be declared for us also, and not only for Assad’s government. And the Wahhabis could repeat all those actions that they undertook in the time of the second Chechen war: terrorist acts, taking hostages, etc.

-What recommendations could be given to the military and the police who are forced to confront the radicals and extremists as part of their duty?

-First of all, they have to be ready to be accused of Islamophobia. It is the radicals’ favorite technique. It is not easy for the security forces in Caucasus and Volga in this case, who are considered ethnic Muslims. They are being blamed for the betrayal of their religion. The Wahhabis love to organize this type of a social grouping on the Internet. Second, there needs to be an understanding that a fight with religious extremists has to be fought with the support of traditional Islam. It is good when methods of force are combined with preventive ones. Traditional Muslim clergy need to be allies with the police, the army and FSB. And it has to be certain that those bodies of power will protect it. It’s not unusual for the Wahhabis to threaten the Imams, if they are collaborating with the police. And thirdly, we have to remember that the most dangerous enemy is one that is armed with ideology. It is important to oppose it for the youth with a more attractive view of the world that is built on the positive and inspires creative work.

Most of us know why loves to stir up extremest. Without them, Israel would have no grounds to militarily expand. Also, the more extremest their are around them, the more billions they can get from the Zionist-USSA-government. Israel hopes the extremest will not be defeated, for on that sad day for Israel, their funding will stop, and so will their expansion.