If France can provide a map of the anti-ISIS rebel groups, Russia won’t bomb them. 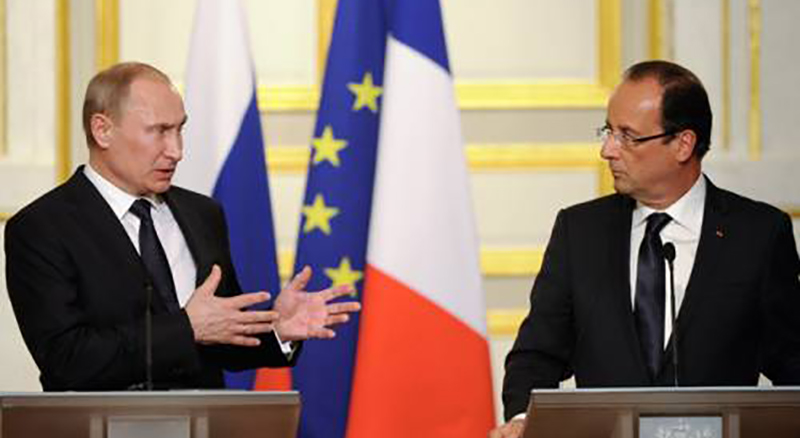 Russia and France will draw up a map of where groups fighting ISIS operate in Syria in order not to bomb them, France’s foreign minister said on Friday.

Russian President Vladimir Putin and his French counterpart agreed during talks in Moscow on Thursday to exchange intelligence on ISIS and other militant groups in Syria.

“There is now one point which everyone agrees and that is the objective of destroying Daesh [ISIS],” Foreign Minister Laurent Fabius said on RTL after accompanying Hollande to Moscow. “I think on that we are progressing.”

Fabius noted that the main priorities for both sides in the coming weeks would be to free Raqqa and to target oil infrastructure controlled by the group.

I don’t think France wants to destroy daesh but the syrian government. That’s their primary objective and it’s always been.