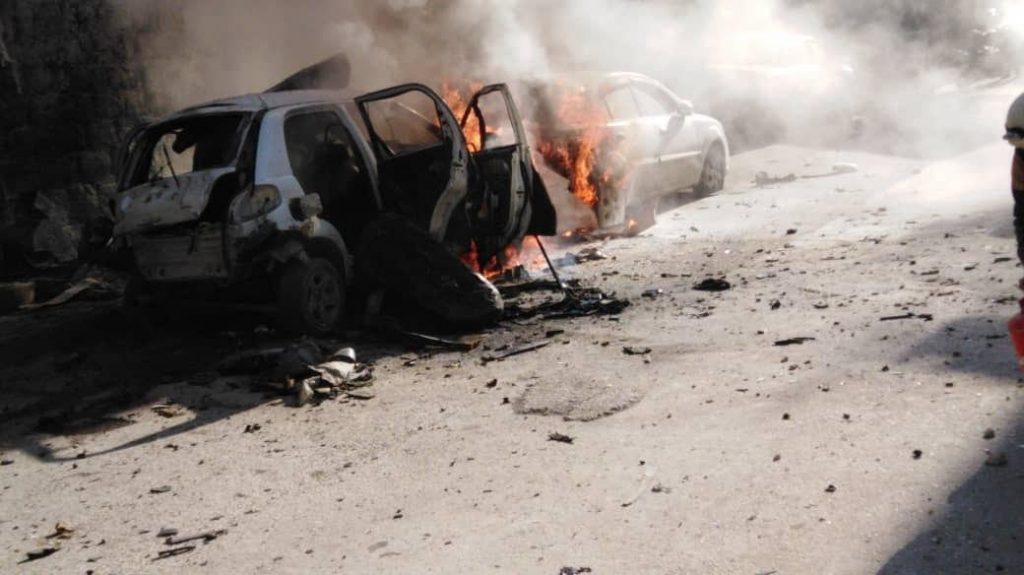 At least one member of Hayat Tahrir al-Sham was killed and several other people were wounded in an IED explosion in the village of Kafr Takharim in northwestern Idlib on April 14.

According to reports, the killed Hayat Tahrir al-Sham member was Abu Bark Halyabi, a local Sharia judge of the terrorist group.

The incident happened amid the growing tensions between Hayat Tahrir al-Sham and other Turkish-backed groups over the situation along the M4 highway in southern Idlib.

On April 13, Turkish forces clashed with Hayat Tahrir al-Sham supporters in the area and removed their improvised camp east of Nayarab in order to allow at least limited joint Russian-Turkish patrols agreed in the framework of the Moscow de-escalation deal.

All the fucking Sharia mullahs need to be beheaded as a example of Sharia in practice. More seriously, their Turkey masters need to hit with IEDs and then some.

Hmmmmm ur so right and so who killed this scum there own scum brothers our syrian intelligence?