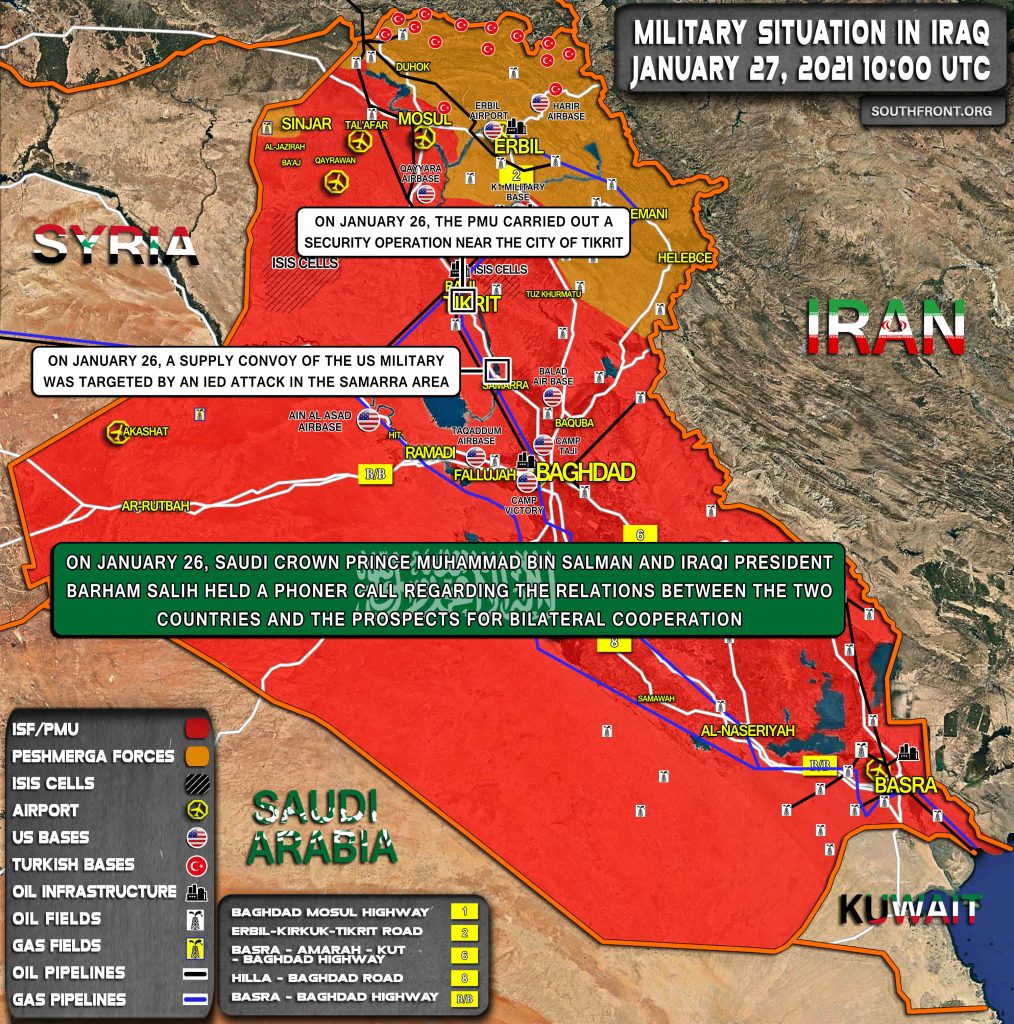 Late on January 26, a supply convoy of the US-led coalition was targeted by an IED explosion near the city of Samarra in the northern Iraqi province of Salahuddin.

Iraqi sources provided little details on the attack, but according to reports, there were no casualties among US personnel.

The attack took place just a day after another supply convoy of the US military was struck by an IED attack in the southern city of Nasiriyah in Dhi Qar province.

Attacks on US supply convoys in Iraq take place on a regular basis, but they often led to the material damage or casualties among private military contractors and local US allies only.

This allows to conclude that such attacks are rather a tool of permanent pressure on US forces in the country rather than attempts to really inflict casualties on US personnel.

the seriously dumb yankee-twats are hard of reading and hearing and despite numerous messages to feck off, they persist to stay on. and all for the jews in palestinel

More and more yankees becoming poorer and poorer and yet some get richer by the sec in US. The fuking Zion the same time telling story to evangelical to get more money from them. Yankees gonna ask themselves why should they give a fuk about Zion, no fuking one like Zion. Zion kill Jews (the Iraqi Jews well know that) the Zion are no fuking different than terrorists and the same time Zion killing yankees – US is run by Zion as we all saw what happened in US “election”. Almost all Biden team is Zion or pro-Zion.

The is no such country call USA – when it is run by Zion as have been for years. Poor poor yankees getting fuk by Zion and they can't do nothing but feed the pigs. LMFAO.

the veterans should amass on veterans day, in washington dc, chicago, los angeles and so on, a couple of millions hardened veterans should be able to deal with the wimps in the national guards and the active soldiers are all abroad trying to sink the disunited states of A asap. so should be a walk in the park and masses of skulls winking from pikes all around.

Another One Bites the Dust!!

Frankly, the US occupation cowards are F-U_C_K_ED!