On March 15, two Turkish soldiers and three Syrian militants were killed when three improvised explosive devices (IEDs) struck their vehicles in northeast Syria, according to the Syrian Observatory for Human Rights (SOHR)

The London-based monitoring group said that the attack took place in the early morning, near the town of al-Nasiriya in northern al-Hasakah. Al-Nasiriya is located in the vicinity of the key border town of Ras al-Ayn.

A few hours earlier, an IED attack targeted a storage facility of a Turkish-backed group in the town of al-Dwair, near Ras al-Ayn. Three militants were allegedly killed. According to the SOHR, the facility contained wheat and barley which were looted from farmlands in northeast Syria. The Turkish Ministry of National Defense is yet to comment on SOHR’s claims. The ministry usually acknowledges its losses within 24 hours.

Earlier this week, a booby-trapped car struck a checkpoint in the town of Tell Halaf next to Ras al-Ayn. The explosion claimed the lives of a Turkish gendarmerie officer and three Syrian militants.

The increasing attacks in northeast Syria indicate that a “resistance” movement against Turkish forces is emerging in the region. As for now, no group has officially claimed responsibility for any of these attacks.

Stop using the Phony SOHR as source, is Rami Abdul Rahman AKA Osama Suleiman a textile sales man from Coventry, he has not been to Syria since he left the country twenty years ago. His shop is/was in the Tile Hill area of Coventry. It’s a low income area. He was jailed in Syria for about 2 years. He’s a total corrupt fraud propaganda tool and pathological liar, paid by NED USAID OpenSociety AtlanticCouncil US/UK Deep-State ect [the usual evil cabal] like Elliot Higgins [BellingCrap]. 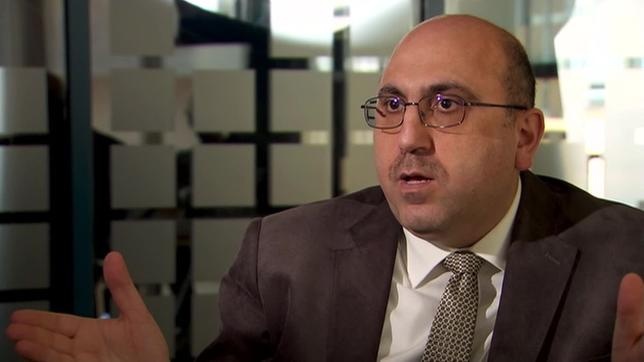 You are worse then mukra Yourself and probatly from before the phone was invented as well.

It seemes You do not know what internet is and You can bring anything there and as videos with sound and alnost smell.

True not is not always true, but most things are. You kind of say, that what You dont believe in also dont exist.

He is a coordintor of information by Syrian Observatory for Human Rights and often the best we get.

What is mukra? A dish from Denmark? “True not is not always true”. What a bunch of senseless crap. Do you understand yourself? It is also possible you’re a bot with serious technical issues.

whatever. I meant Makruh. Mukra is some kind of diesel leftover for trains which is allowed but not good.

We mainly dont use those 2 words here in Denmark. Last time I used Mukra was at the second Tjetjenia war.

Cigarettes are Makruh. They are kind of accepted but not good for health.

why turks dieing with militants?.. is it normal?.. just joking… militants are their proxies…

ied’s are sort of back to basics but they work and as long as it’s the enemies of syria that suffers, like turks, like white trash from the disunited states of A, kurds and so n, it’s all right.

I heard is was only one being 72. And who sauys its a women?? Equal rights for Turks aswell hip hip.

You put the words ‘Turks’ and ‘rights’ in the same sentence ! ahahahah thats was funny!

hahhaha kebap19 you are so funny and so desperate!
We are guarding the borders deepshit !

More assassinations will be there hahahahaha ciao terrorists scums

Does anyone else feel that the SOHR reporting is a bit less anti-Syrian, not just on this but on everything nowadays ?.

The SOHR is a British puppet, BUT in any disinformation campaign there has to be snippets of truth to make the disinformation believable to the target audience.

MI5 got this artifice very wrong when they employed a ‘6 year old’ to concoct the Scripal bollocks.

Just as MI6 got it very wrong when they used untrained monkeys with White Helmets to stage chemical weapons attacks.

make them pay for everyday they are on Syrian soil …

massive ied’s outside the green zone and to the road to the airport and so on to make the disunited states of A’s morons feel vulnerable wherever they put a foot down and then they’ll want to skedaddle back home to mom and appl-pie and bad bad inferior automobiles. what a shitty life that awaits them.

Just another reason to just blow your friends away from the air and with artillery.

These are Syrian State special forces adopting assymetric warfare tactics. This is going to become more frequent as the Syrian state seeks to confront, but not overtly.

Militants? Is that the new term for Western-aligned terrorists?