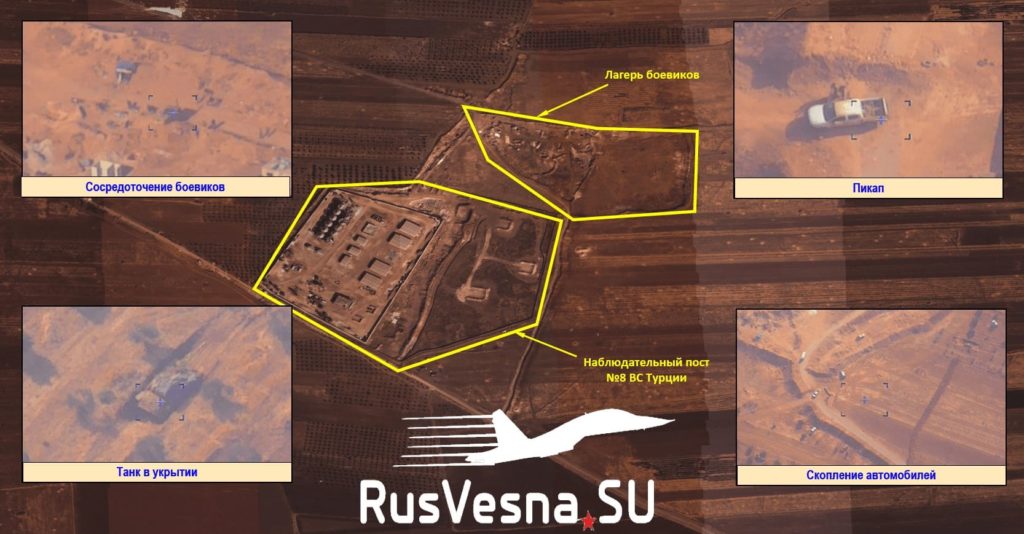 The provided image shows a Turkish observation post near the village of Alsurman in the province of Idlib. A military camp of Turkish-backed armed groups is established northeast of the Turkish position. The report argues that militants believe that there will be no retaliatory strikes on their positions because they are located close to those of Turkish troops.

However, during the active phase of the Syrian Army operation to liberate Khan Shaykhun, militant positions near Turkish observation posts were repeatedly shelled. So, if the large-scale hostilities in the area are resumed, a few observation posts will be not enough to resuce the terrorists.

Turkish observation posts in Idlib are useful for putting pressure on Turkey when they cross the line. These terrorists really don’t have a brain if they think that their little trick will stop SAA from killing them.

iosongasingsing
Reply to  klove and light

Your caliph Mossad-al Baghdadi has already died three times (one at the hands of Putin), what do you worry about doing moron of Zion al Qaeda.

Very well, they can be tracked more easily there

So your denying al nusrah rats are hiding behind turkish skirts?

What more evidence do you need we have been in this situation for 2 goddamned years now, one would have to have his head in the sand not to see turkey protecting Al nusrah.

Well stick to playing games on your phone as that seems to make you happy. No point coming here and getting disappointed .

Just shows on witch side the Turks are.

So the terrorists think they’ll be safer setting up their camp near the Turkish OB post, LOL, no they won’t, it’ll just make the Turks less safe that’s all. The SAA will still target the rebels even if they’re camps right next door to the OB post, they’ve done it before and I’m sure they’ll do it again, so the only thing the rebels/terrorists are effectively doing by camping next door to the OB post, is giving the SAA a very good excuse to turn the Turks into collateral damage.