On June 16, a joint convoy of the Turkish Army and the Russian Military Police became the target of a new IED attack during a patrol along the M4 highway in southern Idlib. The explosion damaged a BTR-82A armored personnel carrier of the Russian Military Police, but led to no casualties. The incident happened near the village of al-Qiyasat, about half way down the patrol route covering the area between Tarnbah and Furaykah.

Idlib militants and their radical supporters regularly stage provocations aimed at sabotaging the implementation of the Turkish-Russian de-escalation agreement on southern Idlib. These provocations, including IED attacks, have already led to casualties among Turkish military personnel. Despite this, Ankara continues to protect Hayat Tahrir al-Sham and other terrorist groups claiming that they are a kind of “moderate opposition”. This behaviour encourages militant groups to go for more aggressive actions.

However, as practice demonstrates, when these attacks lead to real casualties or equipment losses, Russia, contrary to Turkey, is not prepared to tolerate the situation and will resume full-scale operations against these groups even in the face of “moderate opposition” mantras from Ankara.

Turkish-backed militant groups announced that they had conducted an operation against cells of the Kurdish People’s Protection Units (YPG), which had been involved in 11 bombing attacks in the Turkish-occupied Syrian region of Afrin. As of June 17, at least 7 supposed YPG members had been detained. Turkish-backed groups lay the blame for any terrorist attacks or explosions that happen there on the YPG. Whereas the YPG and affiliated groups regularly announce attacks on Turkish proxies in the Afrin area, they have never claimed responsibility for any bombing in civilian areas.

On the evening of June 16, Turkey launched an active phase of its Operation Claw-Tiger in Iraq’s Haftanin region. According to the Turkish military, the Turkish Armed Forces’ artillery hit at least 150 Kurdistan Workers’ Party (PKK) targets, while commandos supported by attack helicopters conducted raids on the ground.

The Operation Claw-Tiger covers the Iraqi areas of Sinjar, Qandil, Karacak, Zap, Avasin-Basyan and Hakurk and is aimed at neutralizing PKK bases, weapon depots and training camps. Turkish forces regularly conduct anti-PKK operations in northern Iraq, but they have still not been able to fully neutralize the armed group there.

At the same time, pro-Turkish sources are speculating that Ankara will soon resume military action in northeastern Syria against the YPG, which it considers a PKK affiliate. Right now, Turkish-backed forces are building up their presence near Ayn Issa. The formal pretext for this military effort will be the unwillingness of Kurdish fighters to withdraw from the 30km deep border area as it was agreed in the framework of the US-Russia-Turkey de-escalation agreement on the region.

Sure, Iran, Russia and Turkey may have some common interests, but let’s not forget that Turkey’s ties to the West are much bigger than to those. 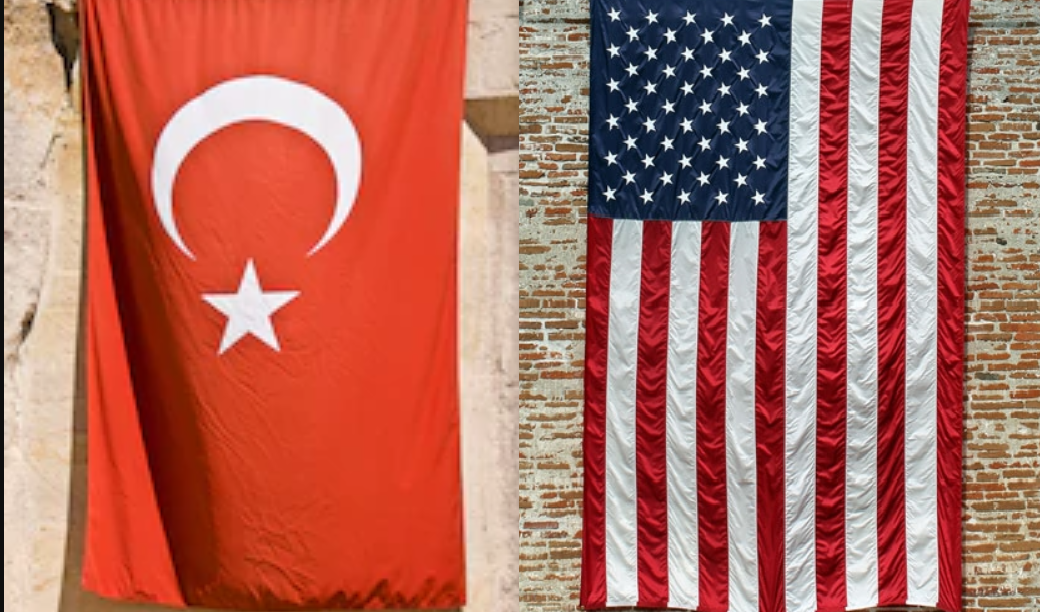 US Jews and Zionists are waging economic war against Turkey. Russia and Iran aren’t.

Hi everyone, come here to meet for sex – http://gg.gg/jpfe8

And why. shoeseize or what.

`However, as practice demonstrates, when these attacks lead to real casualties or equipment losses, Russia, contrary to Turkey, is not prepared to tolerate the situation and will resume full-scale operations against these groups even in the face of “moderate opposition” mantras from Ankara.` bold words, timid actions, as we’re tired of in Idlib. Walk in tiptoes and maybe you won’t trigger any ied’s.

These bastards only want war so they get it

One thing is for sure. That agreement between Russia and Turkey isn’t working. It only gave Turkey free hands for massacres in Lybia, now in ne Syria, and now in Iraq.
And here, on the Southfront trolls becoming more and more bolder.
SAA needs to resume its operations in Idlib asap.

It was never going to work,and why would Russia want it to ? the Turks are an occupation force,whats required is total war on all the terrorists and occupation forces,and not this half baked nonsense thats been going on for far too long,and it will cost more lives including Russian,i really hope Putin isn’t waiting for that.

Yes, that’s right. They’re aggressors on Syrian soil. Making this bloody mess in Lybia, now even in Iraq. It is a matter of fact, and time will tell wherever they come theirs lovelu Wahhabis, spreading Wahhabism. Time will show that they’re going down.

Brand new news: US base attacked in Baghdad by PMU. Viva Victory!

For what the Turks have spent in Iraq they could build a wall which will take care of most of the problem. And with a lot less death and destruction.

I wonder why SF didn’t tell us the Iranians are also coordinating with Turkey in this new operation ‘Claw Tiger’, they’re also hitting Iranian Kurdish (PDKI) while the Turks are attacking PKK sites in the same area.

30 km means all the oil fields up here will be in the new expanded Turkish security zone, that’s handy for Erdogan. Joint patrols by Turkey and Russia should make this area just as safe as the previously established 150 km long security zone is, and just as smoky too, because all those out of control crop fires will spread eastward with the Turkish occupation forces if they’re allowed in, and Syria’s running out of food.