The White Helmets and Hayat Tahrir al-Sham (formerly Jabhat al-Nusra) are still capable of carrying out provocations involving chemical weapons in the area, Russian deputy envoy to the UN Vladimir Safronkov stated during a meeting of the UN Security Council on October 29.

According to the diplomat, “suspicious” movements of chemical weapons across the de-escalation zone continue.

Safronkov recalled that Idlib de-escalation agreements have been a temporary measure from the very start and nobody has dropped the goal to eliminate terrorists in this part of Syria. He stated that militant groups violate agreements, including the ceasefire regime, on a cosntant basis and Russia keeps its right to assist the Syrian military operation there if provocaitions continue.

Earlier this month, a series of reports appeared that the White Helmets and their Al-Qaeda-linked partners had moved containers with chemical weapons to different villages in the Idlib de-escalation zone.

Damn how much fucking good these Specnaz look I just love their style. Never screw with Russian Special Force.

Calm down Boris – good, but not good enough YET – https://www.thetoptens.com/most-well-trained-special-forces/

Well yes as for more gear the Yankees the N.Seals are carrying more stuff though I managed 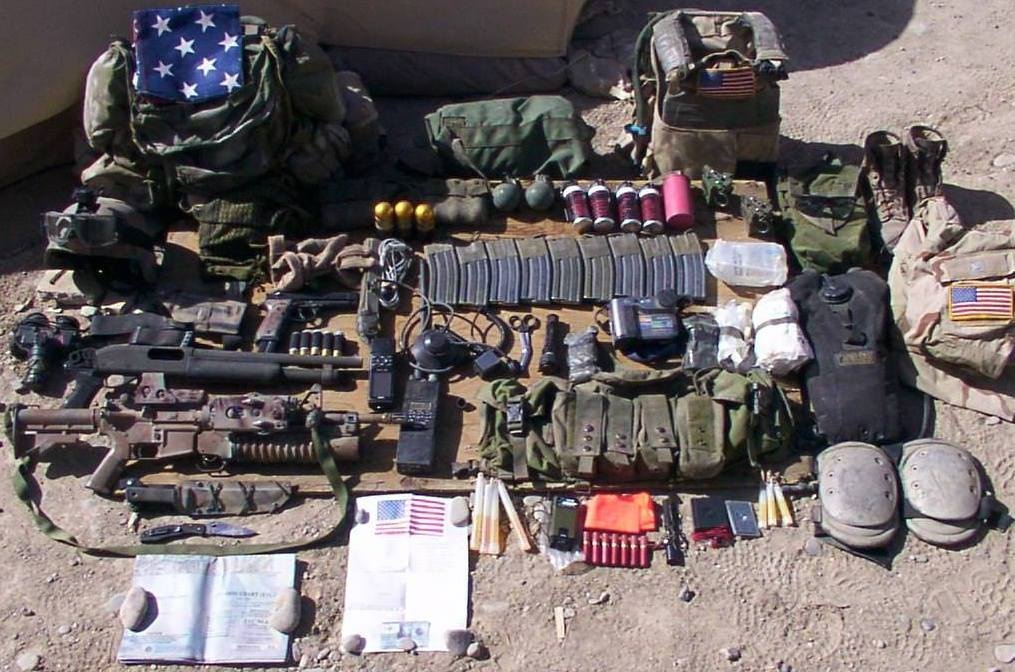 to find what 1 navy seal carries with him and this is by far what they are taking with them more or less and depend on mission.

Bloody hell. Well I will give them credit for their back and leg strength.

If you look at that bit of paper – that is my limit.

This is exactly my claim to Russia. The terrorists must be eliminated.

I am getting impatient :P

Tough words from Mr Russia but not enough Turco headchoppers have been fried in Idlib yet. So the headchoppers and FUKISISTURKEY think that Russia does not mean business!

I would be glad, if SAA freed al tanaf and other territories occupied by ISIS.

The vid report above:I notice the deconfliction belt agreed to for Idlib, cuts into SAA terrritory much more than it cuts into TurcoHeadchopper territory. What sleight -of -hand techniques are these,Russia? Looks like the Turcos are imposing cordons on Syria ,not the other way around as it should be!

I agree that the demilitarized zone deescalation agreement is temporary, which is why the Syrian government accepted it and allowed Turkey an opportunity to clean up the mess that they made without further Syrian loss of life and property. And to protect it’s southern borders in the process. The deescalation agreement is being partially implemented in a similar manner to others that over time were fully implemented. That’s probably what’s going to happen with this one as well.

Assuming that progress continues in Idlib. This leaves only Al-Tanf and north east Syria to clear. Al-Tanf would fall quickly without a US presence. NE Syria has a Kurdish minority that is likely to be more of a problem. Though without the US backstop, they’d be a lot more open to negotiations than conflict. I’m not sure what needs to be done to get the neighboring governments to deny the US access to Syria. But the Syrian government coalition has demonstrated the ability to deal with Isis. So that should no longer be an issue. And it takes away the US primary justification for being Syria.

The other justification that the US has offered for staying in Syria is containing the alleged Iranian threat. Which is only appealing to the Jews. And they aren’t the ones providing the US access to Syria. It’s Turkey, Iraq and Jordan. The primary threat to Jordan isn’t Syria or Iran, it’s Israel and US Jews. Which is why Jordan is allowing a US presence, because they’re being coerced into it. Turkey and Iraq are less vulnerable.