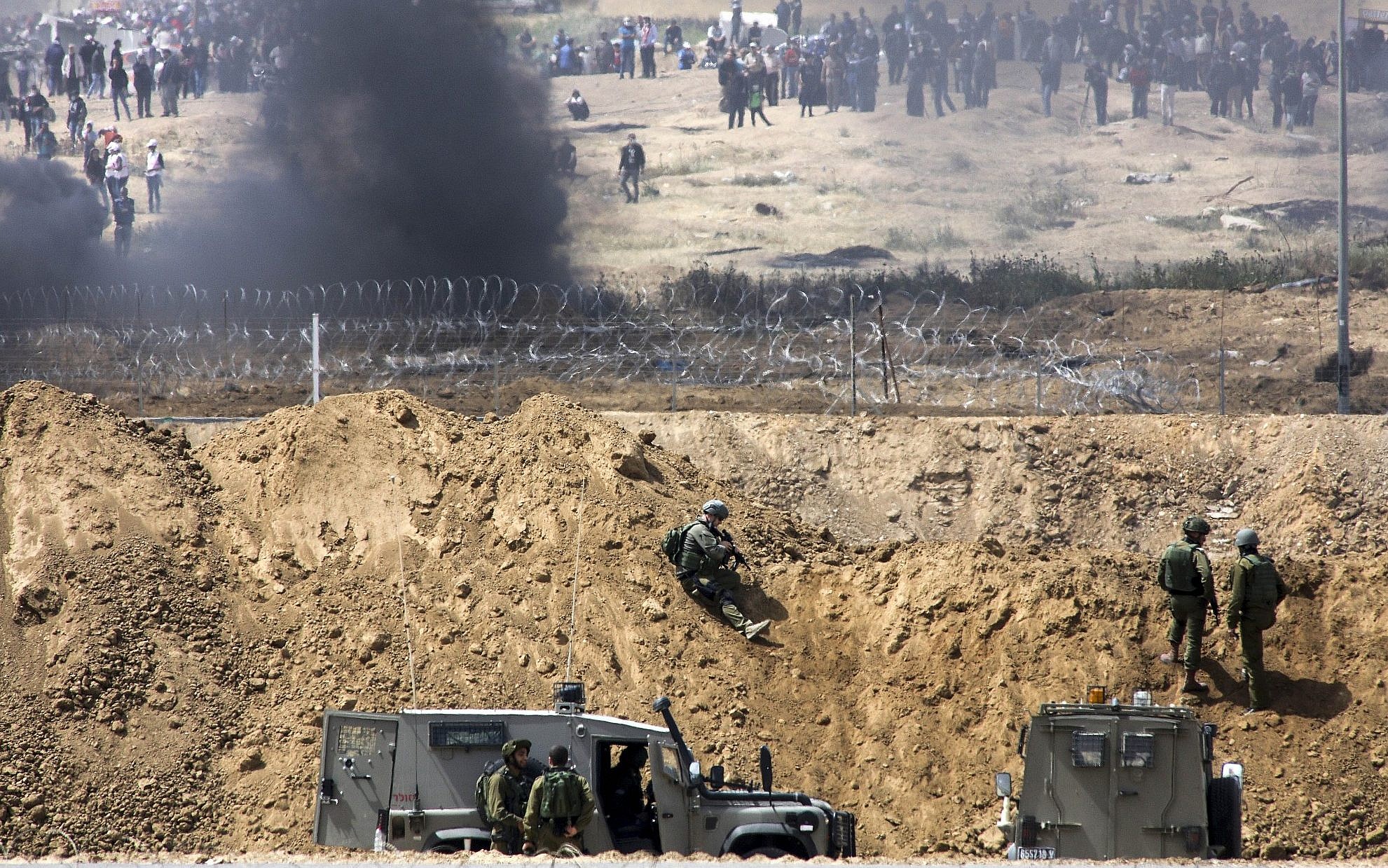 Israel’s Defense Forces attempted to wittingly and mockingly explains why the Palestinians in Gaza organize “riots” and why they’re not “protests,” on Twitter.

On March 29th, the IDF’s Twitters posted a “witty” and “quirky” remark, comparing Palestinians protesting for the livelihood to looking for dates on popular app Tinder.

Then, some were arguably funny, but not really:

Then came the one that was simply awkward, arbitrary and needless, honestly:

Naturally, Twitter users sharpened their pitchforks and lit their torches and took to the IDF twitter account and applied the same tactic, making “quirky” remarks of the IDF’s actions. Many of the comments, were quite morbid and, honestly, right on track.

Using an F-16 for a surgical strike is like using a sledgehammer for a thumb tack … you just don't.

Using live ammunition against fire bombs and stones is like hanging your child for being impolite .. you just don't.#StopIDF

And calling you a "moral army" is like calling Charles Manson a playful toddler.

Then other users decided to apply the same approach to Israel as a whole.

Stealing others property and pretending it to be like your own.

Then some weren’t even trying to be funny, but simply to show the brutality of the situation:

Calling murder of hundreds of civilians a ''self defence'' is like calling Hitler a peacemaker….

Some where more moderate and simply commented on the poor taste of the IDF’s comments:

Using fun pop culture references to address what’s happening in Gaza is like acting like this isn’t real life.

And, as expected, there were supporters of the Israeli position:

Calling islam “the most peaceful religion in the world is like saying 99% of terrorists didn’t had any religion! And only 1% had.

throwing stones in a'PEACEFUL PROTEST' is like cursing someone during meditation.

Using Balloons ? with incendiary devices attached is like serving birthday cake ? , laced with arsenic to kids…

They, sadly, weren’t so funny.

It is threatening Palestinians, with death, if they pass the “red line” – breaching or even approaching the separation fence.

“The IDF will not accept attempts to harm (Israeli) civilians, soldiers or the security fence,” Col. Iyad Sarhan, the Head of the IDF Coordination and Liaison Administration for Gaza, said in an Arabic-language video directed at Gaza residents on Friday, telling them that if they abide by the rules they could end the weekend “safe with your families.”

“I repeat. Keep away from the border and don’t approach the fence, stay at least 300 meters (320 yards) away,” he said. “Israel is determined to protect our citizens and will not tolerate any rocket fire or terrorist acts. Any such violations will draw a harsh response. Save your selves, keep innocents away from points of conflict and from terror instigators in the Strip,” he said.

The Zionist entity must be defeated.

you wouldn’t expect anything more from the baby killers

In the zionist mind, the palestinian are not people…………they are “Untermensch”……kill them is not a crime.

Zionism: the art of terrorism, genocide and greed fulfillment.

Zionist: psychopaths who practice the art of Zionism.

Interesting.. given that IDF scum are know to have killed protesters over 300m away form the fence. Might I also add that the border/fence was imposed on the Palestinians without them ever having a say on it. Palestinians have every right not to recognise it.