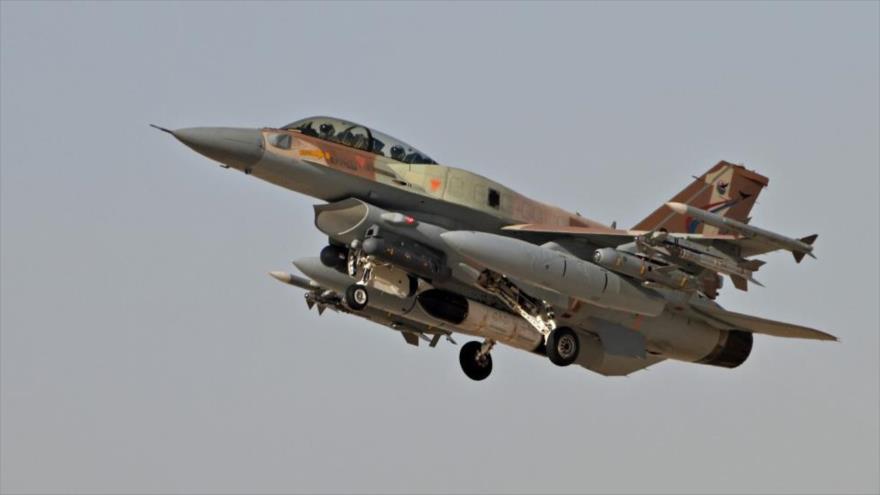 About a week after the previous Hamas-Israeli escalation over the Gaza Strip, the sides once again traded strikes in the area.

On June 26, the Israeli Defence Forces (IDF) targeted and destroyed a vehicle and two Hamas “observation posts” in the Gaza Strip.

At the same time, the Palestinian movement Hamas launched about 13 missiles at Israeli targets. Three of them were intercepted by the Iron Dome system. According to reprots, sirens sounded in the Israeli-held areas of Hof Ashkelon, Sha’ar HaNegev and Eshkol Regional Councils.

Without elimination of US and Israel from Middle East peace cannot come.

It’s as if the Israeli Government is taking out their rage over their failures in Syria on the defenceless Gazans.

ONLY Use GUERRILLA Warfare tactics Hamas, on so -called “Israeli” occupied land, where their military will NOT use Tanks and Planes, for fear of killing their own !

You do not have the number of men and weapons to confront Israelis on a battlefield, where you will most certainly lose.Use my Irish brethren tactics…get them where they sleep, and as silently as possible.All is fair, in Love and WAR.The best targets are Netanyahu and the Likud members

They should not know what hit them.

I think you forgot that huge wall the Israelis built, whilst every other politician in the World looked away.

Don’t worry though, the other Sunni Muslim Countries will come and help them !!

WE in Ireland had our own wall -The sea between England and Eire.

It never stopped us and in fact we came so close to getting their psychopathic Queen, that they decided they better work WITH us, not against us !!!

Actually it was over 5 million and they did not just take our Crops.They took our livestock also

Walls are rarely “built” or used to STOP the BAD guys, only the GOOD guys

BOO HOO, did you know anyone that perished in the atrocity ?, if not STFU.

You supported the Nazis so do I need to waffle on about that ?.

PS Here you are, buy your great great great Granfather….https://www.amazon.com/Mr-Potato-Head-27657-Playskool/dp/B005KJE9L2

It didn’t take you long to reveal yourself ,once again.

Yes. I am British and proud of it. I am no troll, but whatever you say, it really doesn’t matter.

Ask him about Potatoes….

Good, if you need some help building it higher, give me a shout.

” Don’t worry though, the other Sunni Muslim Countries will come and help them !!” Who? Saudi-Arabia sold the Palestinians,, is good friend of Israel and Jordan even svcks the cheney of Tel-Aviv. EGYPT?.. They have their own internal problems and besides AlSisi CLOSED the border to GAZA and lets them die.

Words of Wisdom my friend.

How is it that Hezbollah has decent, useful and deadly rocket and Hamas, just has enhanced fireworks; FFS, even the Houthis are sending some serious stuff up (with a fair bit of precision) and they are suffering a blockade to the outside World.

I have a view which may sound ridiculous, but here goes – Palestine was never designed / created to exist + all this hot air spouted off for decades about other ME Countries supporting them, is a load of BS. Sad as it is, the Gaza strip will be gone in my lifetime. What we are seeing is all a well developed pantamine.

The World spouts crap and gives them a few meals….whilst Israeli bastards cut off their water.

We are watching true genocide.

http://www.palestineportal.org/wp-content/uploads/2017/01/Maps_1897-Present.jpg Click on map for larger view. Notice in the left map there is no Israel. After full liberation of Syria the next number is of Palestine to liberate it from US sponsored terrorists Israel. They will not stay calm until to erect the Palestinian flag on Tel Aviv and Jerusalem.

Map should be labelled “The Spread of Cancer in Palestine”.

Cancer has no treatment but there is a treatment of Israel.

Netanyahu child butcher used barrel bombs with full of chlorine gas in Palestine, due to which many children died on the spot.

Backpack Nukes for Hamas and Hezbollah. Send the “Death Cult” back to HELL.