The fourth American causality in the bombing attack that targeted a US-led coalition patrol in the northern Syrian city of Manbij was identified as 27-year old interpreter Ghadir Taher, who worked for Valiant Integrated Services, a defense contractor with the Pentagon.

“We are extremely saddened by the tragic and senseless passing of Ghadir Taher. Out of respect to her family, we will make no further comment at this time other than to say she was a talented and highly-respected colleague loved by many who will be dearly missed,” Valiant Integrated Services said in a press release on January 19.

Ali Taher, who immigrated with his family to the U.S., told The Atlanta Journal-Constitution that he learned of his sister death from her employer. According to him, Ghadir died from injuries sustained in the attack.

ISIS claimed responsibility for the attack, which occurred on January 16. However, new information indicates that the terrorist group may have lied to manipulate the investigation or to hide the trace of a third party.

Another false flag ,inside job,,who benefits???

So sad and senseless when faces are put to the casualty figures. Why is there even this war in Syria? And if this attack was designed to keep the US involved in Syria, speaks to the criminality of those who brought the US into this.

Stay home. You are there illegally.

Makes me laugh and cry.

It makes me cry with laughter Jens :)

It makes me laugh too. Can’t visit N.K. but can visit Syria ?

The immediate MSM claim/ allegation was of an ISIS suicide attack on average-Joe US Army foot patrol…
Reality looks very different, turns out, targeted group was a specialized US intelligence and interpreter group, meeting with Saudi intelligence officer and likely jihadi handler, all meeting in up in Manjib.

Even going to a restaurant on a busy street in a conflict zone suggests that ‘intelligence’ was not one of the attributes of the four Americans.
I am stunned that they even thought a meeting in a restaurant with a senior Saudi military officer was a good idea :)

they seem to be following the holywood scenarios where all meetings, happen to either an italian restaurant or an arabic one, depending on geographic location and purpose of the meeting.

Obviously the morons in the meeting followed the american scenario.

That’s Show business for you Promitheas :)

And tis also the danger of learning history and military skills from Hollywood :)

tell that to the americans. From what I see them doing the last 15-20 years is scenarios taken straight out of their movies.

I would think its a possibility that the two male Yanks thought it a better place to get the women drunk and fuck them later.
I was in Poland a few years ago and there was a Female US officer that her unit public relations team was filming. The US noncom spent a week attempting to get inside the knickers of a female private accompanying him.

never crossed my mind to be honest.

I have a flexible mind .
In Poland we were all invited to a big dinner in the town hall of Poznan and the female private sat next to me in order to get away from the non com as he was drinking too much. She was happily married and not enjoying his unwanted attention.

In Poznan there is a building that contained a personal office for Adolf Hitler that was not destroyed. It is most interesting. We had a private viewing.

It was from there that he took the salute during the victory parade after the defeat of Poland. The office was on the 1st floor with access from the carriage entrance. 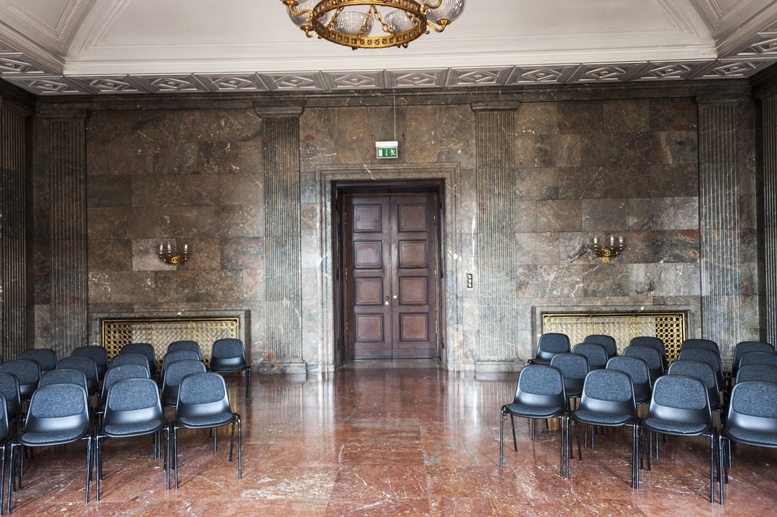 if only they’d gone for Chinese.

She choose the wrong job.

So who else was sitting at the table at the time and got killed as well? It seems to suggest they were meeting someone who was their contact……

A a senior Saudi officer who was said to be organising an insurgency against the SAA with a budget of 2 billion USD. It is also suggested that this was the required payoff for the US easing off MBS and that others amongst the 16 or so dead were part of the meeting.

I wonder if it is beyond the Russians/Syrian’s to use dirty tactics to beat the US/Saudi’s at their own game? I can imagine it would look bad if they were caught red-handed, but if they kept it at arms length it would certainly make the US sit up….and would explain why the FBI got involved.

FBI is dealing with this in Syria? Or did i misunderstand ?

Nope you didn’t misunderstand….the FBI is involved in a matter…..in Syria…

I don’t understand what additional help they would provide, maybe some analysis of the explosives etc. Perhaps they really aren’t aware of who exactly was behind it……for a change ;)

President Putin has frequently said that International Law must be respected. I would seriously doubt that Russia or the elected Syrian Government and their allies were involved. They are all being blamed for enough abject nonsense as it is :)

Surely there would be some disgruntled Syrian’s out there on the US-side who were affected by the indiscriminate US bombing and wanted to get back at them somehow? It would play right into Russia’s hands….

I know I know…..Russia is above that sort of behaviour! But it would certainly blindside the enemy and leave them feeling much more insecure…

I would think they feel very insecure anyway. Especially the FUKUS girls and boys in Syria :)

They have no spine for real battle, only manipulating others to do their dirty work.

Citizens of the U.S. of A., if you want to be the new Red Coats, go ahead, but it’s going to be very, very sad.

I don’t feel any sadness or sympathy for the US citizens killed. The US is there illegally. Karma is a bitch hey.

what a nice word to the dead US citizens in Syria.. and not a single word on syrian killed by this bombing or how US supported the illegal wars in syria that killed many innocent syrian..

this lady , who participate in the brutalization of syria , deserve no sympathy..

3 day ago the US killed 23 civilians ( mostly women and children ) fleeing from ISIS in Eastern Syria.
The US killing civilians happens on a weekly basis….MSM is silence.
https://news.antiwar.com/2019/01/18/us-airstrike-kills-23-in-eastern-syria-mostly-fleeing-civilians/

Are all this going on right now?