France’s armed forces chief resigned on Wednesday, culminating a dramatic dispute with president Emmanuel Macron over defense budget cuts, in what Reuters called “an early test of the newly elected president’s mettle and the tough presidential style he is cultivating.” Last week, General Pierre de Villiers publicly lashed out about Macron’s proposed €850 million cuts to the military’s budget, when in an outburst before a parliament committee he said he “won’t let myself be fucked like that,” adding that “I may be stupid, but I know when I am being had.” In a statement released on Wednesday, the 60-year-old De Villers said that “in the current circumstances I see myself as no longer able to guarantee the robust defense force I believe is necessary to guarantee the protection of France and the French people, today and tomorrow, and to sustain the aims of our country,” noting he had tried to keep the armed forces fit for an ever more difficult task within the financial constraints imposed on it, but was no longer able to sustain that. He added that Macron had accepted his resignation.

The open conflict between the head of state and the chief of armed forces started earlier in July when France’s Budget Minister Gerald Darmanin announced military budget cuts.  According to the proposed budget the Defense Ministry would have to make savings of just under $980 billion. The Interior and Foreign Ministries also had to face budget cuts. Darmanin told Le Parisien that the authorities “have found €4.5 billion in savings… solely in the national government” and promised that neither social security nor local authorities “will come into it.”

In a surprisingly abrupt public response to De Villers’ initial outburst, Macron said “I have made commitments, I am your boss,” he said in a speech to dozens of top army officers and their families.

“If the [Armed Forces] chief of staff has an issue with the President of the Republic, the chief of staff will be changed,” Macron added in an interview to Journal du Dimanche newspaper.

“Armies basically obey. So in substance the president was within his rights to restate his authority… But the way he did it will leave marks. You cannot publicly question a military leader like that in front of his subordinates,” former chief of the French armed forces Henri Bentégeat told Le Monde newspaper.  “When Macron attends the first ceremony for a soldier killed because of a lack of equipment, all the criticism will be directed at him.”

On Wednesday, Macron moved quickly to replace de Villiers, appointing General Francois Lecointre, 55, to fill the role, a military source said. Macron also told ministers at a weekly cabinet meeting that he was still aiming to raise the defense budget to 2% of gross domestic product by 2025 despite cutbacks in 2017.

The departure of France’s most senior soldier also highlighted the stresses of a major military power as it battles Islamist insurgencies in Africa, partners with allies in Middle East conflicts, and patrols the streets at home in response to a series of jihadist attacks on French soil.

Someone is confused about how to handle numbers.
But the report doesn´t make sense either from the european use of “billion” neither taking the “american” use of billion.

I have only one main thought about all of this debacle and it is ‘ LOL’ .

There is a slight difference which is actually important. The General never “publicly” lashed out anything. It was a closed hearing audition. His words may have been rough, but he said what he had to say there. However it leaked out and Macron made it a public matter and turned it into an authoritarianism fit.

Regarding the numbers, the savings are 850 millions euros on investments and training.

what is that lardpot on the head of general?

They have to put something there to show he is important, I guess.

A general of the most disgraced army in Europe :D

Eh? Wtf do I have to do with the jews?

Right after the italian army…

Italians are lovers not fighters.

Wot? You remembered? Or are you just out of your coma?

That is the European Military style cap and not like the Fisherman’s style used by some of today’s military.

Imagine, cutting military spending. What a novel idea…one that will never occur in the US. Our main objective in the US is to spend as much as possible, way above and beyond what is necessary or affordable… otherwise it might get wasted on the citizens. In the US when cuts to the military are discussed, they mean the cut in the increase to the military. Hell, we could save billions easily…just cut Israels access to the US teat.

OY VEY goy remember, Israel is the only (((Democracy))) in the middle east

OY VEY,And to think Lebanon or Iran or Turkey have something called elections….Only us JUDENS have them…..OY GEVALT!

OY GEVALT, we can’t give these news to the goys or else they’ll know, quick pump put more Assad is a dictator propaganda

This general has at least shown he is a man of his convictions by not wanting to serve this “French Obama” media whore. Aside from its nuclear weapons, France is a major military power? Against whom? France is only effective as part of the cowardly, Kosher chicken hawk, despicable, mobbing tactic called a coalition and as a lapdog (along with Britain and the German Pants Suit in Germany) of the US. In ground force power, the French have even fewer troops, tanks, artillery and armored infantry vehicles than Greece or Egypt. Without US support, the French military is just hype.

“In the current circumstances I see myself as no longer able to guarantee the robust defense force I believe is necessary to guarantee the protection of France and the French people, today and tomorrow, and to sustain the aims of our country,” 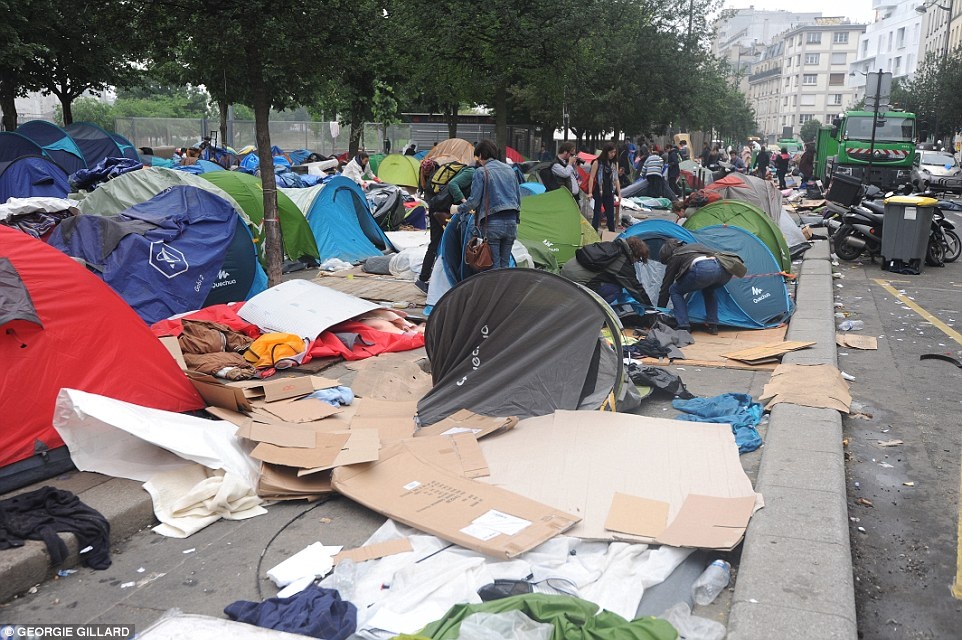 Protect France and the French People? WTF, de Villiers, you f*king traitor?? You sat on your ass ‘protecting’ nothing while your country was invaded, occupied and destroyed by the direct actions of your own politicians and your unelected masters in the EU. Why are none of them swinging from lamp-posts today? What did you do to protect anyone from the hordes of illegal immigrants? How did your military adventurism in Africa and the Middle East ‘save’ anyone in France, itself? You helped the U.S. CREATE the crisis by taking out Gadaffi and making Libya the launching pad for all African economic emigration. You watched the slow destruction of France internally from the immigrant crisis and did nothing to protect France’s borders. You should be court-martialed for treason and hung.

You served your corrupt EU political masters, not France and not the French people. Nobody wants to hear your pathetic whining now. You didn’t deserve the defense budged you HAD the last five years. Don’t let the door hit you in the ass on your way out, you useless, treasonous cog.

Who would fall on his laser pointer over a proposed cut in military expenditure?

Europe today should deal with its own…society rather than its military spending.