Hundreds of locals from the cities of Hasakah and Qamishli have joined Syrian government forces, the country’s media reports. According to pro-government sources, the newly formed units will be incorporated into the Syrian Arab Army.

It’s interesting that locals from the cities, which are formally located within the area controlled by the US-backed Syrian Democratic Forces (SDF), are actively joining government forces even now when the relations between the SDF and Damascus are especially complicated.

The tensions between the Kurdish-dominated US-backed SDF and the local Arab population in northern Syria are one of the reasons why reports about the popular resistance to the US occupation in the area spread so fast.

This may be an effective Syrian means to apply political pressure to their problem with US-SDF occupation of east Dier Ezzore – a popular and publicized Arab mobilization in support of Syrian state. But whatever the numbers of participants, even if limited in very tribal east, it must be explicitly clear (state flags etc) they are Syrian government aligned – or US-SDF can simply claim is an ISIS resurgence and attack them.

In Qamishli and most likely Hasakeh Arabs aren’t anywhere near a majority. Inhabitants are by now most Kurds, next Syrianis… the Arabic presence in that region is mostly tribal. A few hundred recruits don’t mean anything. Also, the SDF are multi-ethnic, they aren’t ‘ruled’ by Kurds. So your statement is really meaningless and at best misleading.
Also, SF gets it wrong stating these men are to be incorporated into the Russian-backed ‘Syrian army’. In fact, what the report and trainer says is that they are trained to be policemen (the word police is also written on their blue t-shirts). While according to the officer interviewed around 1:50 they do receive general physical training, weapons and military training, the will then receive specialised police training/education. Naturally, people who got their money from other sources -ehem- now want Russian and Iranian money… especially if all you have to do is go to an open-air gym and say “Dr. Bashar Al-Asad” and “the Syrian Arabic Army”.

The Syrians don’t want to share the same fate as the Palestinians.

…or the same fate as Sadam Hussein and Quadaffi. Both were Western partners, until their usefulness expired.
At least Putin protects his allies, and is true to his word.

Beautiful, I pray this never happens in NYC-USA, If it did I would be the first to sign up with the [USMC] as a Former US-Navy Seaman 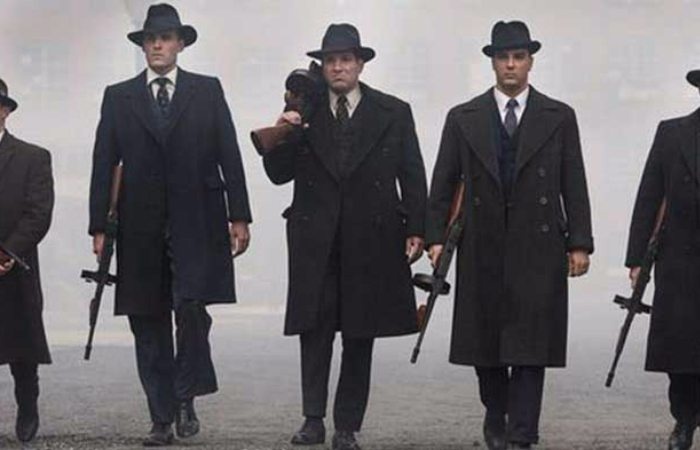 , After my family & friends Were Murdered by The Head Chopping Wahhabis

Like Erdogan Assad should also issue statements against Israli migrants, Washington and EU before these Zionists issue poisonous statements against president Assad. Assad could issue statements for their land occupied by Zionists. Assad like Mahmoud Abbas and Rouhani should not remain silent on the Zionists’ atrocities on Syrians, Palestinians, Yemenis, Afghanis, Nigerians etc., if Assad cannot fight for them then at least he can condemn all Zionists for their attrocities on unarmed nations. I have never observed any statement from Assad or his Foreign officer meetings with Russia, Iran and Turkey.

Very difficult to issue statements like this when you are in the middle of a proxy war. Anything he says will also be twisted on CNN and other shit sheet media. His comments would be accompanied by Alfred Hitchcock type eerily creepy music and sinister innuendos . .

Yeah, because we all know that Assad is a “brutal dictator”. We’ve been told that over and over again by the mainstream media.

I agree, but consider the circumstances. It’s a miracle as Assad is still standing. For him to even appear in control and publicly exude such dignity is amazing. Expect more to come.

Washington helped ISIS in attempt to gain control of Syrian Oil resources and build military bases in Syria. Syrian Military
I love the Putin efforts and Moscow Conference which will not allow any dog or son of dog to take away any part of Syria from Syrian nation while Putin, Erdogan, Rohani and Assad will kick out all foreign dogs from Syria that have plotted for taking oil fields and have built their military bases in Syria. These foreign dogs want to vandalize Syria.

You’re absolutely right. However, don’t forget that Turkey stole oil as well, in cahoots with terrorists – they need to repent for this behavior as they are moving forward like nothing happen.

Where did you read that? from the Jerusalempost or ANF? better yet maybe some Washingtonpost…..

This is 2018 every thing has changed. Turkey has joined Russia, China, Syria, Iraq and Iran for their own interests. Wakeup don’t see dreams in the light.

Okay, I respect your viewpoint.

Thats cool, I respect you too.

Turks were the biggest stealing dogs of Syria. It was only after Russia bombed the fuck out of Turk lorries -filled with looted oil- that Erdogan and his a Turks became friends with Russia.Those Terrible Turks never could learn a lesson the easy way!

It has been played very Intelligent & Modest by The Russians (and on the background Iran)…Calculated and if necessary with Force.. 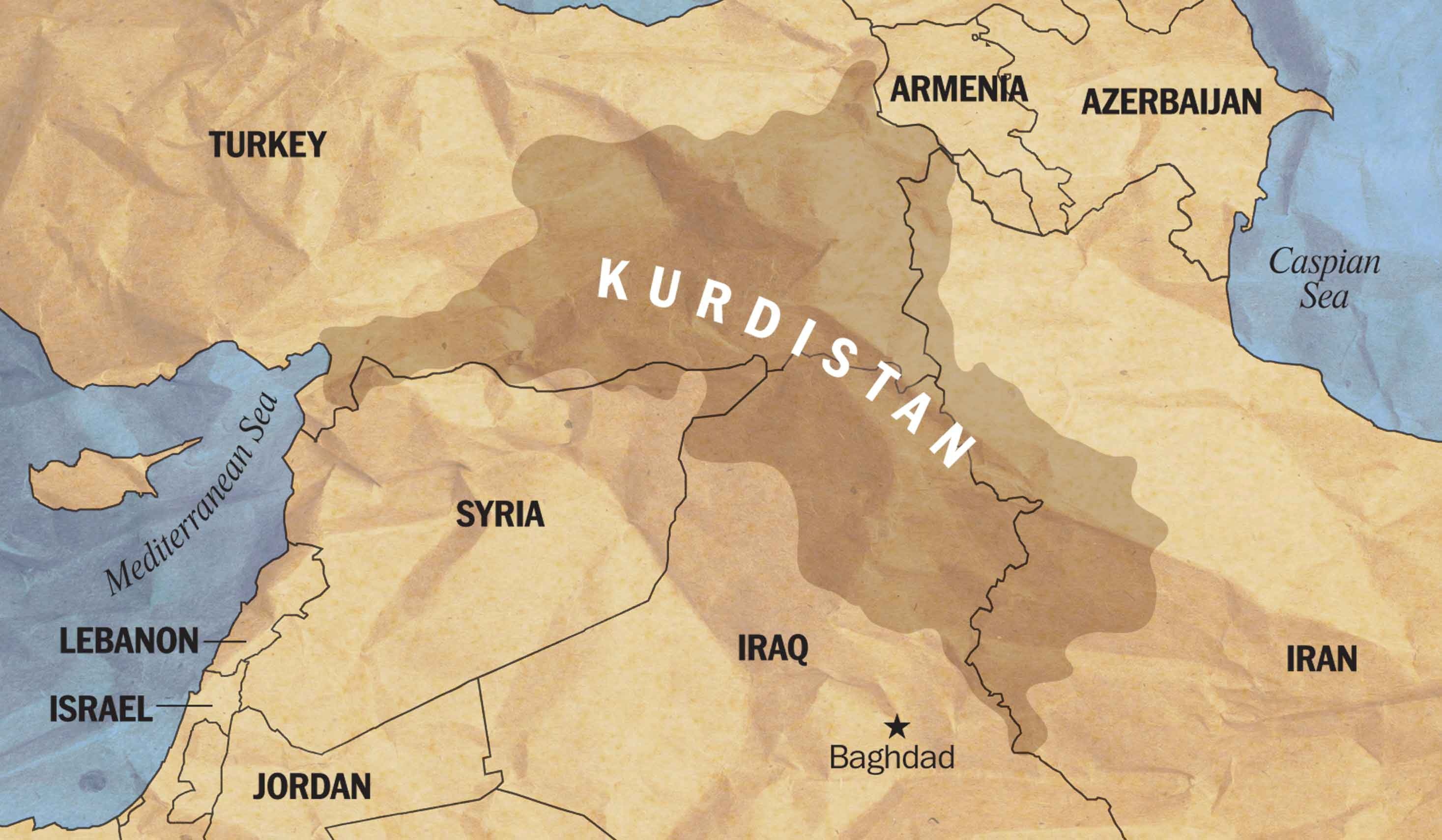 Can anyone eplain to me what the Kurds are doing in Syria by the Way?! They must have got Lost because according to this Map, Kurdistan is somewhere ELSE……

The map reader was educated in America I suppose :)

Than the Americans ended up in the Wrong place…..I will go tell’m…perhaps than they’ll piss off…

‘They know not what they do’ because most of them Know not where they are :)

As an American, I’m sickened that our Lost Boys are scattered throughout the globe.
Bring them home- to America!

I Hope Americans soon All realize this…. they Die for Nothing…. Just the Elitist’s Pockets

Yes! Please pack up the 800+ military bases and ship everything back to America. With a small fraction of the 1.4 million personnel and more than $1 trillion per annum you can effectively defend the 50 states and overseas territories. Stirring up trouble in other countries is expensive and will inevitably lead to the demise of the American Empire as the economy is now being destroyed to keep feeding the Military-Industrial Complex.

It costs more than $2 million dollars a year per soldier to keep a fighting force in places where they aren’t wanted and should not be. Your taxes are paying for War Crimes.

All true but it seems to me America indeed the whole western alliance is to far gone to see it.

This is a special time in history.

Interesting that north-american people are only interested in north-american life, but they don not care about killing other people (iraq, lybia, syria, viet-nam, guatemala, honduras, nicaragua, argentina, mexico,..).

I’m for US Troops staying home. But if you wanna pick a fight, I’ll be your Huckleberry, buddy.

No it broaches Syria – NE and NNW ish……bloody hell, top right and top left, where they were semi-autonomous and happy and even extended those areas with no real problems; before the US demons whored them out.

They Could have been Heroes…and made Good Deals….if they had returned their Conquered Grounds to Syria…now They are Nothing more than ZioNazi Bitches & Traitors…this will never be accepted..give back what you have Stolen Snakesss

You know, I couldn’t have said it better – but maybe more nicer – but you’re absolutely incisive by going for the jugular. Selling their host country to thieves is despicable. Thanks!

I can only speak with my Heart…thanks Bro

Their host country never cared about them before till it needs them. Theres a lesson lurking in there somewhere.

The syrian ARAB republic was never their country.

That’s what the Map said too…but Kurdistan comes in two sizes the S-Version & the XXL-Extended-Version….they should take a second look at their Map….their Empire is more or less 40% in Turkey and a large Chunk in Iraq and Iran…perhaps they are refugees? Got lost, or just a travelling Band of Gypsies I dunno

The Kurds were refugees that were given safety from the Turks by the Syrians after 1922 and 1938. It seems they were ungrateful and bit the hand that fed them!

They are Backstabbing Traitors…I used to be pretty positive about them… but since the Big Betrayal….

With you there. A year ago or so, I was cheering them.

“Keep on posting Your Relationship with Israhell” – aimed at me ???, you cannot be serious.

No…it should have been: I keep on posting your relationship with Israhell…you Kurdish Traitors go back to the places where you Originally Came From….they bite the hand that feeds them…I’d Kick’m out of me home…them Idiots…

Indeed but, they are hoping many forget the REAL history and, where their real home is located??

Well according to this Map basically the whole Middle East… 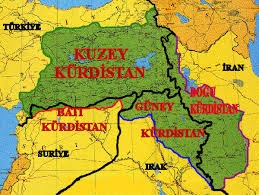 Now that is a Lot of Kurdistan, it almost looks like the Yinon Plan….they only need to make a deal with their neighbours

Well, why don’t you do some serious research instead of posting silly maps and silly questions?

Because the Kurds have No Business in Syria..and if they were welcomed by the Syrians when the Turks were chasing them…then that is nothing but a disgrace .the Kurds are Traitors…and I’m not interested in the History of Traitors….they should get their stuff and leave…together with their U.S. Buddies…and by asking Silly questions many will get Good answers…

Does this article give a good picture of Kurdish History in Syria?
https://www.google.nl/amp/s/kurdishissue.wordpress.com/2010/03/22/1-122/amp/

Kurds are just doing what USA is telling them to do since they are just USA-puppets. USA want to control the north part of Euphrates river with the Omar oil field. As everybody has noticed in Efrain, Kurds are so fool fighting a real war that one only laugh seen them.

They chose for the Dollars the U.S. has offered to their leaders…that is why Kurds have to listen to their Puppetmaster… they should not have taken the dollar$

Trump will never leave Syria by itself because Iraq, Afgahnistan, Japan and South Korea examples are there. Yes Trump will leave Syria if threaten by Putin, Iran, Turkey and Syria together.

Iraq want them out as well.

Have the peoples of H and Q woken up to the facts? USA is not in Syria for Syrians; They are there to 1. Murder Syrians and destroy Syria 2. Steal Oil 3. Help Israhell with their Yinnon Plan 4. Carry on the war on people using Terrorism as per their 1979 War on International Terror, which was hosted by the Nethanyahu’s back in 1979. the War on Terror?/War on people using terrorists to be accurate, was born in Israhell.

Tayyab Erdogan said that we will become nuclear power if somebody is happy with our this decision or not. We will not accept anybody pressure against our development in the field of nuclear power. Now we will progress in the field of nuclear power. We have no need to take permission from anybody to become nuclear power. We know that some will be not happy with our this decision but this is our basic right from which nobody can deprive us. His indication was obviously towards Zionist led Washington and Zionist led UK and EU countries. He said that Pakistan is the only our brother Muslim country in the world which is a nuclear power. Pakistan have achieved this success in a very short time.

Erdogan have insisted to increase deal with Russia over US$100 billion and visa free travel between Russia and Turkey.

Maybe the Kurds could immigrate to israel.

Trump wants out of Syria-pentagon does not.

pentagon runs the country pretty much.