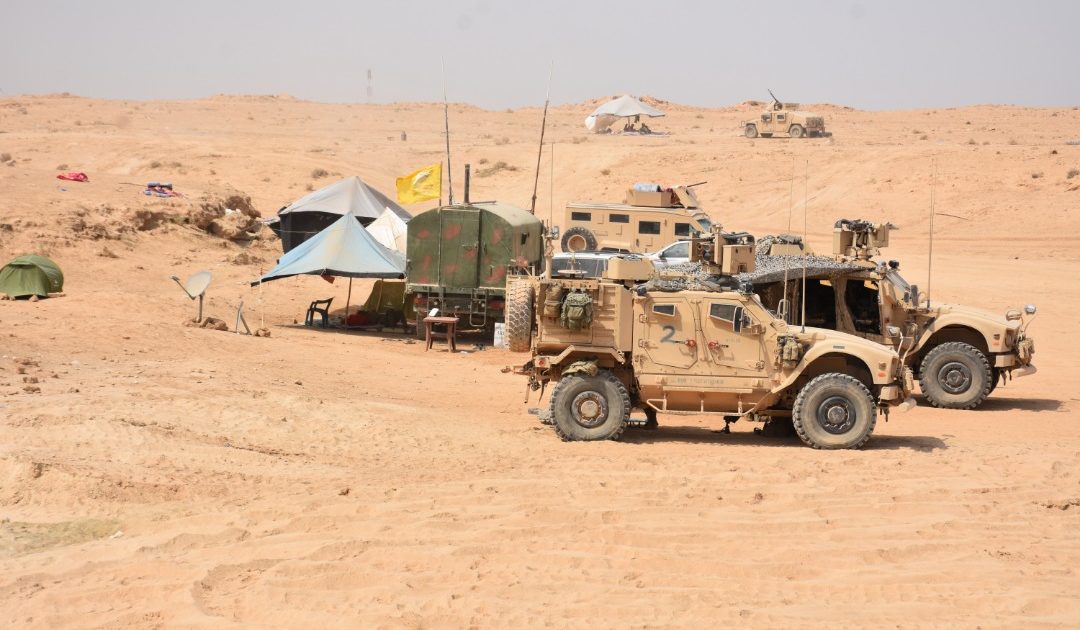 Hundreds of ISIS-linked foreigners, including wives and children of the terrorist group’s fighters, fled from a camp they were being held inside in northern Syria on October 13 after shelling by Turkish forces, according to the region’s Kurdish-run ‘self-administration’.

In an official statement, the Autonomous Administration of North and East Syria accused Turkey of aiding the escape of the ISIS-affiliated foreigners. The administration is the executive branch of the Syrian Democratic Forces (SDF).

The Turkish military and its Syrian proxies are currently conducting a large-scale military operation in northeast Syria with the aim of establishing a “safe-zone” along Turkey’s border with the region.

Commenting on the foreigners’ escape, SDF official Marvan Qamishlo told Reuters there were not enough guards for the camp, which is located in the northern Raqqa countryside.

“The guarding is very weak now,” he said, adding there were now just 60-70 security personnel at the camp compared with a normal level of no less than 700.

The SDF leadership had repeatedly warned that it would lower protection of prisons and camps where ISIS fighters and their relatives were held if Turkey continue its attack on northeast Syria. These threats were not apparently serious enough for the US.

Better than you Islamist Jihadi supporting Turks, you were the logistical right hand of ISIS, and all your lies about SDF supporting ISIS can NEVER hide that you are the true ISIS SUPPORTERS! Kurds have many faults, but being Jihadi supporters like YOU is NOT ONE OF THOSE FAULTS. But you will pay your price sooner rather than later, and all your neo-ottoman propaganda will implode.

Killing your ISIS friends by air strike so they can not spill the beans of your support to them can not hide the fact that they whole world knows you are the ISIS supporters. Pretending like a child does not change a thing.

To add: Downvoting wont change a thing for your turks.

Well if true they will have to be killed or captured again!

By who? The SDF have stated that Daesh is no longer their concern!

Turkey’s operation to liberate ISIS is turning out to be a big success.

Only one thing to say: Mission acomplished!

Things become clear Syrian government was the only one who was force to relocate terrorists, wife and kids to Idlip.USANATO and SDF were simply locked them up.Trump requested other NATO’S to take in terrorists but then their keep quiet.Because their want unending wars with out contributing financially. Israel and puppets France,Britain, Germany and Saudi Arabia wants USA troops to wage their evil unending property and suppression wars.

No biggie, the SAA will take care of it all eventually.

So has this actually been confirmed by a ‘reliable’ source as definitely happened?