US President Barack Obama was strangely took by China’s services at the summit of G20. Obama was not provided with ared carpet, as well as he was ‘cut off’ from representatives of US media and his delegation. 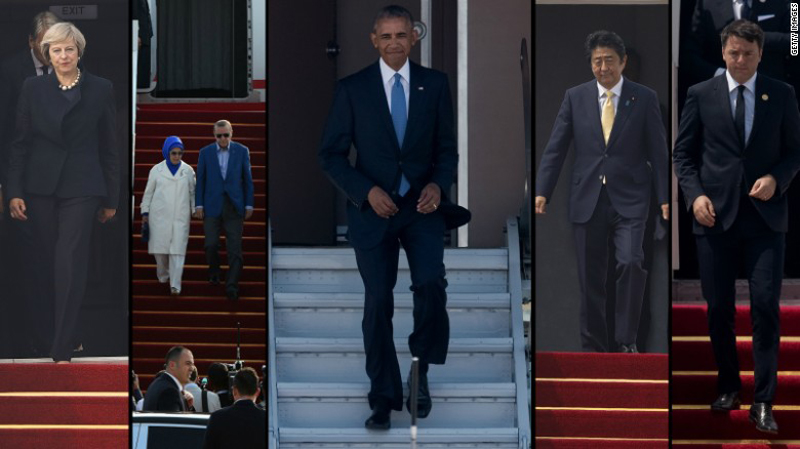 China’s services, which are typically characterized by their superb performance, strangely took US President Barack Obama at the G20 summit. It all started with the landing at an airport upon arrival in Hangzhou.

Firstly, contrary to a diplomatic protocol, a ladder with a red carpet was not submitted to the US President’s plane. Obama had to use an emergency exit with a folding ladder in the rear part of the plane, the AP news agency reported.

Then, Chinese security officials ‘cut off’ the US President from representatives of US media, who intended to make a report on the landing of the presidential plane. In addition, Chinese officials did not allow some staff members of Obama’s administration, in particular, National Security Adviser Susan Rice, to walk up to their President.

During a verbal skirmish, when one of the representatives of the American delegation said that the American side will set up rules of their president’s security, a Chinese intelligence officer bluntly refused to fulfill the requirements of the American president team and said: “This is our country! This is our airport!”

The incident was captured on video that is being actively discussed online.

“Exceptional nation had an exceptional reception.”
“Obama is not an authority more.”
“They broke the second leg of a lame duck,” commentators noted ironically.

According to experts, preservation of underlined respect or, at least, equal treatment to foreign leaders, leaving their post, is a part of the Chinese political culture. Thus, the ‘unpleasantness’ at the airport has a very different reason. Most likely, the Chinese government in this way responded to unfriendly and arrogant Obama’s statements that the South China Sea is a “sphere of vital US interests,” as well as to his call for China to “stop playing the muscles.” 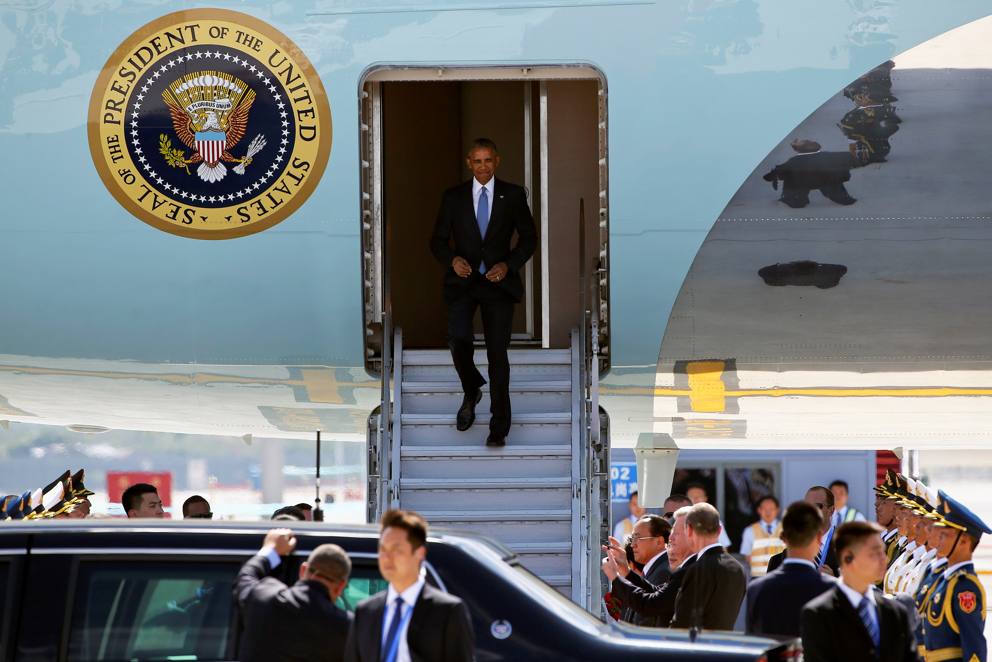 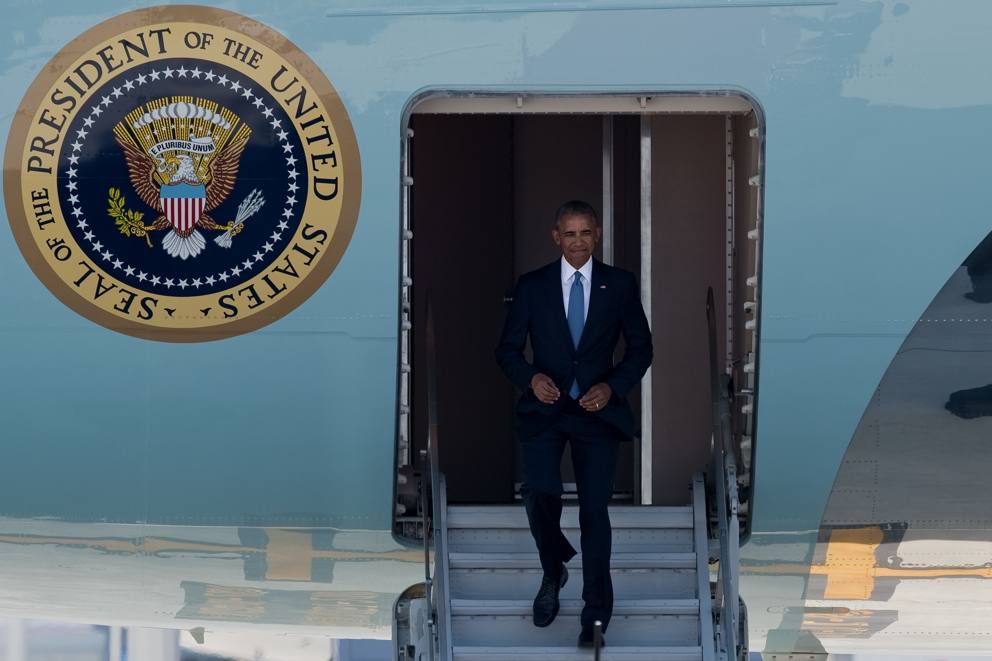 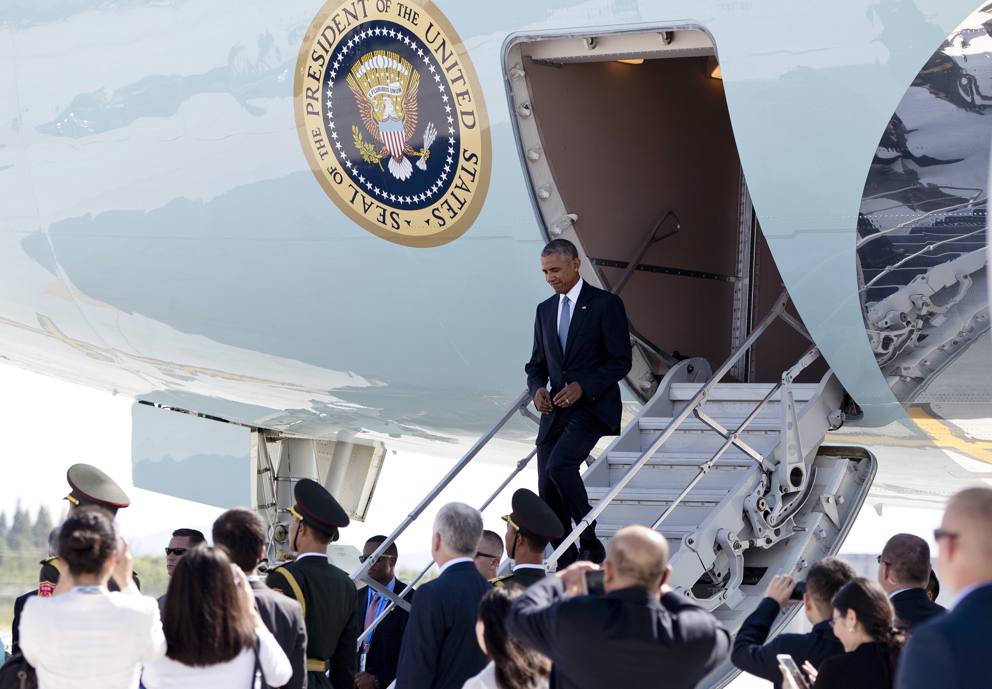 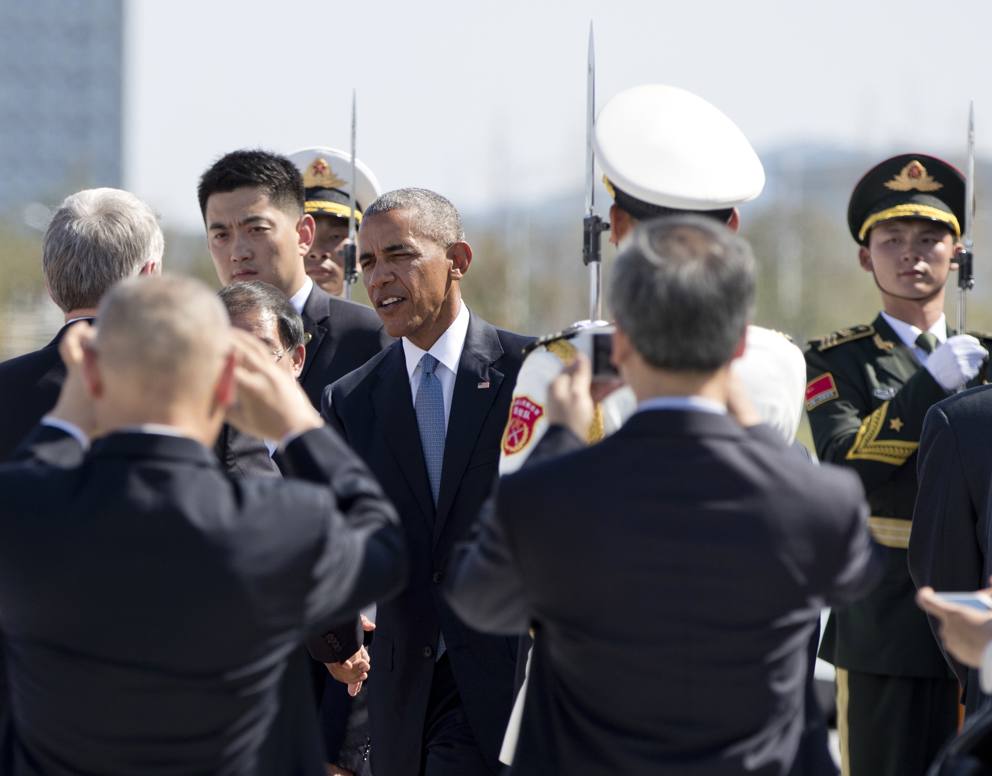 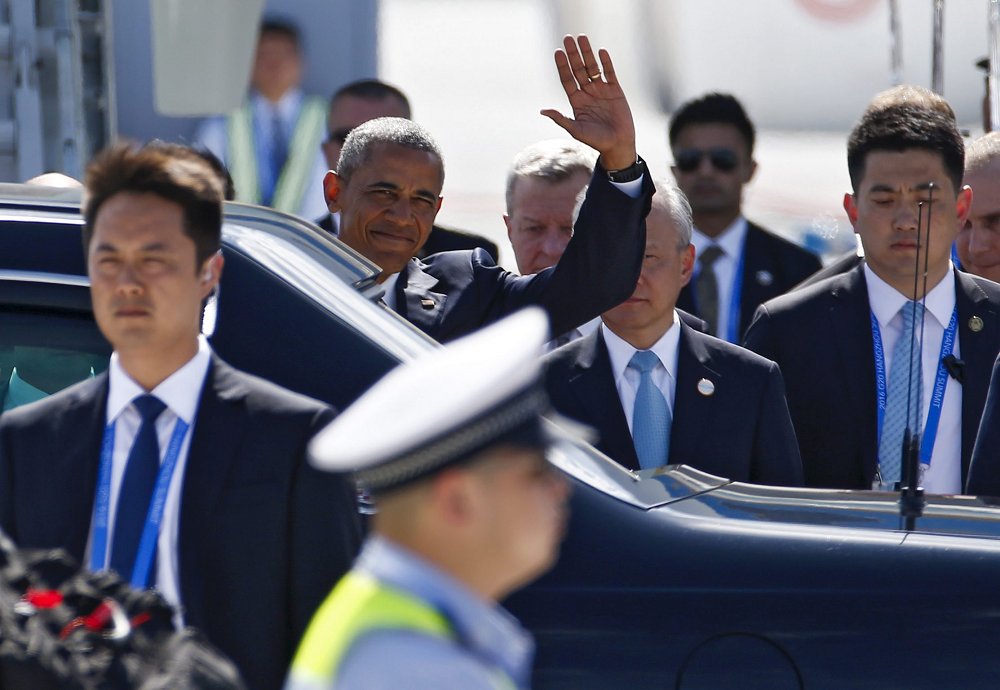 It’s funny. The spin being put out in the U.S. is that the insult was because we are not being tough enough on the Chinese. The first thing I thought of was that our insistence on putting warships within the 12 nautical territorial limit of their claims is what triggered their ire.

I guess the lesson is either be nice or if your are going to be bellicose, go all in. Half measures don’t work. Personally, I don’t think we have a dog in this fight and it’s a waste of resources borrowing money from the Chinese just to shove the Pacific Fleet up their nose.

Obama invited it by his own policies that strengthened China at USA’s cost. Trump would have returned. But Obama? No chance.