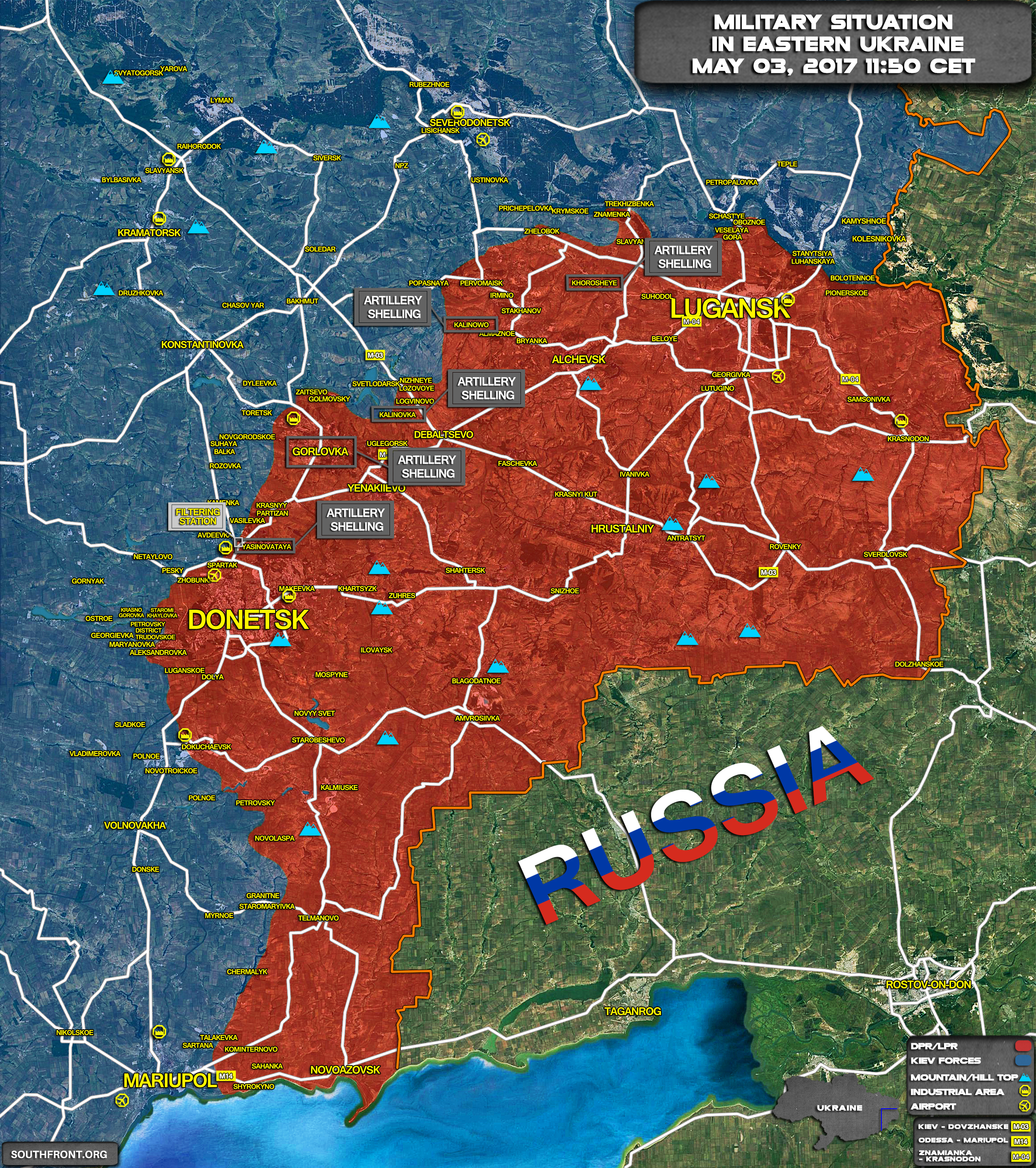 A humanitarian situation has once again worsened in the area of the city of Donetsk in eastern Ukraine as a key filtration station went non-operational causing a threat of the collapse of water supplies in the area.

Avdeevka is located near the contact line between forces of the Donetsk People’s Republic (DPR) and the army loyal to the Kiev government, less than 10 km north of the DPR capital of Donetsk. The Donetsk Filtration Station that supplies water to the nearby area, including Avdeevka, Donetsk and some other major settlements, is located near the village currently controlled by pro-Kiev forces. 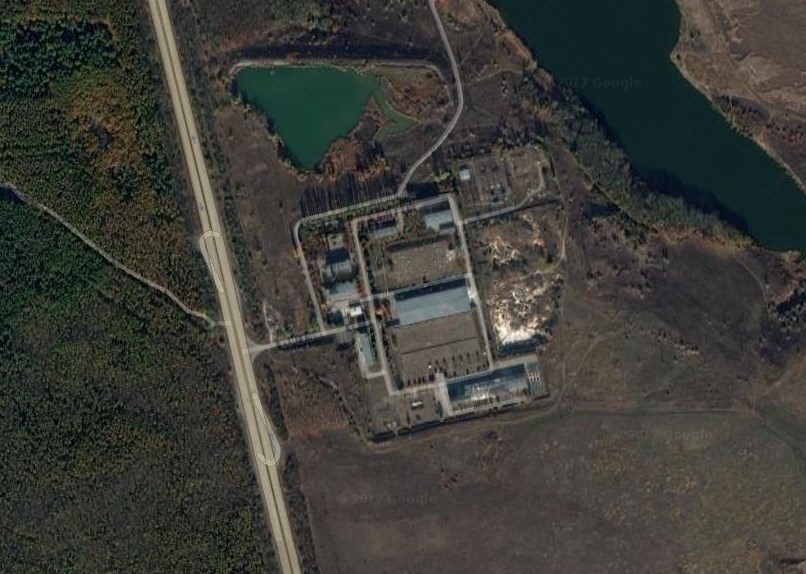 Since early 2017, Avdeevka has been a site of consntant clashes between the Ukrainian Armed Forces (UAF) and DPR rebels. Constant clashes and artillery shelling have caused a notable damage to the local infrastructure and the area has been repeatedly left without water and electricity supplies.

Earlier this week, the Donetsk Filtration Station once again came under an artillery fire and left without an electricity causing a threat of a humanitarian crisis in the area. The both sides, Kiev and Donetsk, blamed each other for the situation that can cause a crisis.

It is not possible to determine who is really responsible for this because firefights or artillery strikes are reported in the area between Avdeevka and Donetsk on a constant basis.

Meanwhile, the UAF has continued implementing their long-standing strategy aimed at putting a military pressure on the DPR and the Lugansk People’s Republic (LPR) in eastern Ukraine. The UAF is not able to launch a major operation against the DPR and the LPR, heavily supported by the local population because it is not able to deliver a devastating blow to DPR and LPR forces fast. In another case, Russia may have time to decide to respond with a force to an open violation of the ceasefire regime in eastern Ukraine by the Kiev side.

Thus, the UAF implements another strategy. The UAF conducts numerous small attacks and carries out artillery strikes on the DPR- and LPR-held areas. The goal is to seize as much neutral territory along the contanct line as its possible tightening the siege of the people’s republics. This allows to expand the morale of UAF troops and to gain some positions that could be used in a major operation against DPR and LPR forces if Kiev decides that Russia will not respond to this move with a force.

Summer coming soon, it’s not difficult to smell the viscious strategy… Also a water war. All means for weakening DPR/LPR are taken

Donetsk republic and surrounding rebel area should hold a democratic vote and see if they wish to join Russia. #2 Or they should at least declare themselves a new county on more international channels (such as youtube) for all the world to see. They should then start acting like a county and start signing deals with other nations for supplies and weapons such as MLRS from China, or missiles from Iran and 4 planes from Russia. Maybe Hezbollah would send 100 advisers or perhaps Iran would send 500 advisers to help totally turn the tides against the Zionist-Ukrainian-forces.

Do this fucktards realise that the separatists in Donbass and lukangs are communists yet they still keep bitching about how the Ukrainian forces are nationalists completely ignoring the fact that putin supports far right groups across Europe?But still of course they would just claim that I was brainwashed by the western msm even though I don’t watch those pieces of shit.I am sick and tired of them insulting everyone that points out that they are biased and are clearly pro Russian in one video they even claimed that the part of the Russian media which doesn’t support putin has foreign sponsors from the west>Heck in one video they even went full commie mode and claimed that the Soviet Union liberated Europe from the Nazis completely ignoring all the murdering raping and pillaging they did all the way to berlin.Listen,to anyone that is stupid enough to belive that NATO is the aggressor,think about it,why is there so much russophobia in eastern Europe?The reason points out to all the crimes they did against those people all the ethnic cleansing in areas like Ukraine and moldova.When Russia is completely destabilizing Ukraine how can NATO not be prepared.Finally lets not forget that Crimea was given to Ukraine as a compensation to those 6 million Ukrainians whom stalin starved to death.Also the former president of Ukraine who now lives in Russia was born in a town in Donbass closely located to the Russian border,that town was 56% Russian so I hope this widened your view.I am from Romania and I think we must understand that the truth is somewhere in the middle,oh also for a more up to date and non biased map of the Syrian civil war go to syriancivilwarlivemap.Thtas all I had to say.

a HUNTER on NACISTE
Reply to  popa andrei

So there are still Nazis in Romania.

Ive not been able to follow but its obvious eastern Ukraine is just a bunch of guys who decided they would fight back against a Nato backed coup aimed at causing trouble and its obvious Nato are the agressors its not to say Russia shouldnt or doesnt fight back but whose the only country to actually nuke someone and not even under threat simply to end a war my two cents is Russia sending troops idk but eastern ukraine army pays double what Russia does so obviously some do prefer double. Seems like normal Ukrainians got caight in the middle on both sides nobodys asking the people what they want but atleast Russia is giving a choice fight for freedom thats a choice the USA wont give you anymore ask west Ukraine what happens if they refuse America.