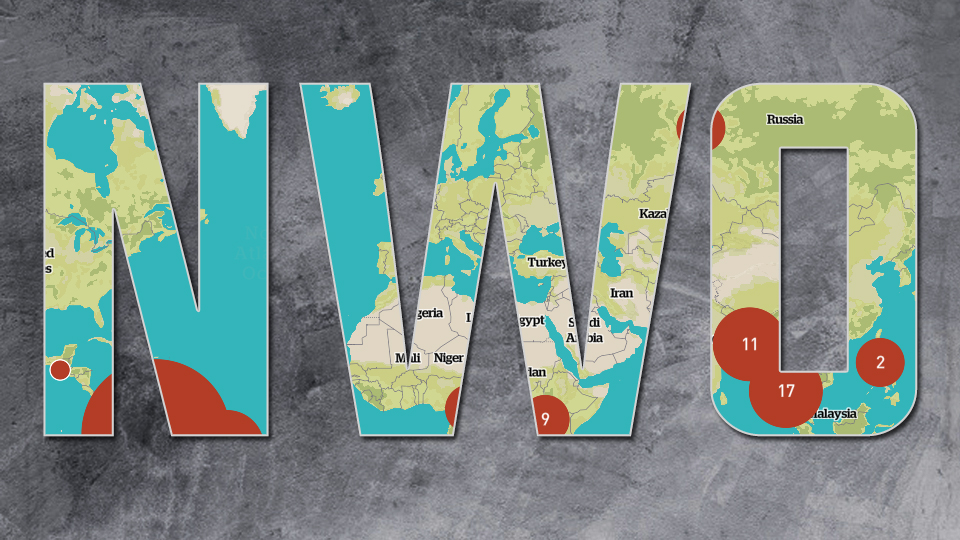 The first quarter of the 21st century was marked by an unprecedented wave of revitalization of all kinds of “humanitarian organizations.” Which is understandable, since the purported protection of minorities has become the main facade of the neoliberal postmodern mainstream reality. Humanitarian assistance, or rather its appearance, is now a fashionable fetish that modern, mobile, multicultural, global consumers flaunt with in front of each other.

However, a human being is social, hierarchical, often greedy, selfish and vain, which is especially evident in the societies that reject any and all conservative values. At a certain point in time around the beginning of the 2010s the stage was crowded with people acting out of “good will”, but they somehow also had big ambitions. The funds allocated by the ideologists of the new world order (financiers and transnational corporations) for “humanitarian activity” ran short. Moreover, in their “noble outbursts”, humanitarian activists began to commit outright crimes and their actions became more and more disgusting. This created a conflict of interests with the minorities that were supposed to be protected protected. The aims of some humanitarian organizations fell under “siege” by other humanitarian organizations.

In attempts to remain in the mainstream but also in the comfort zone of the financing structures, humanitarian organizations focused their energy on each other, which resulted in a series of scandals and revelations. 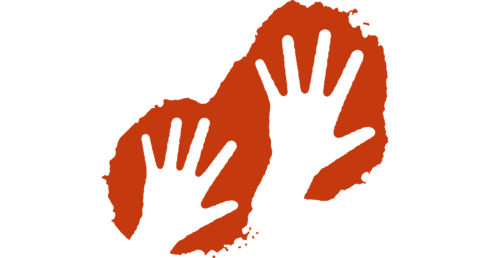 For example, there is an remarkable entity known as “Survival International” (SI, formerly the ‘Primitive People’s Fund’). The organization’s activities are controversial, not only in terms of goals and objectives, but also when it comes to its approaches and methods. How, for example, does one assess the ban on the movement of people from small towns and villages to big cities as a measure of protection against the extinction of small nations?  In fact, they strive to forcefully turn the villages into reservations, that is, into human zoos. Apparently, this should ensure continued funding for the organization itself. In line with the struggle for protected demographics, in this case, local Aboriginal communities, SI prepared a series of high-profile materials under the general title “Victims of WWF” (for example https://www.survivalinternational.org/news/12142). These materials contain many interesting and controversial parts. In this case, the main theme itself is quite astounding.

One of the key objects that fall under WWF protection are the rain forests. There is a need for biodiversity, fauna and flora, which, apparently, is required for the development of the progressive humanity, that is, the golden billion. Everything else they consider quite a bother.

The UN actively supports this WWF activity. The official position of the UN Commissioner in charge of this issue is to conserve the current state as much as possible, in order to allow the self-healing of the biosphere. 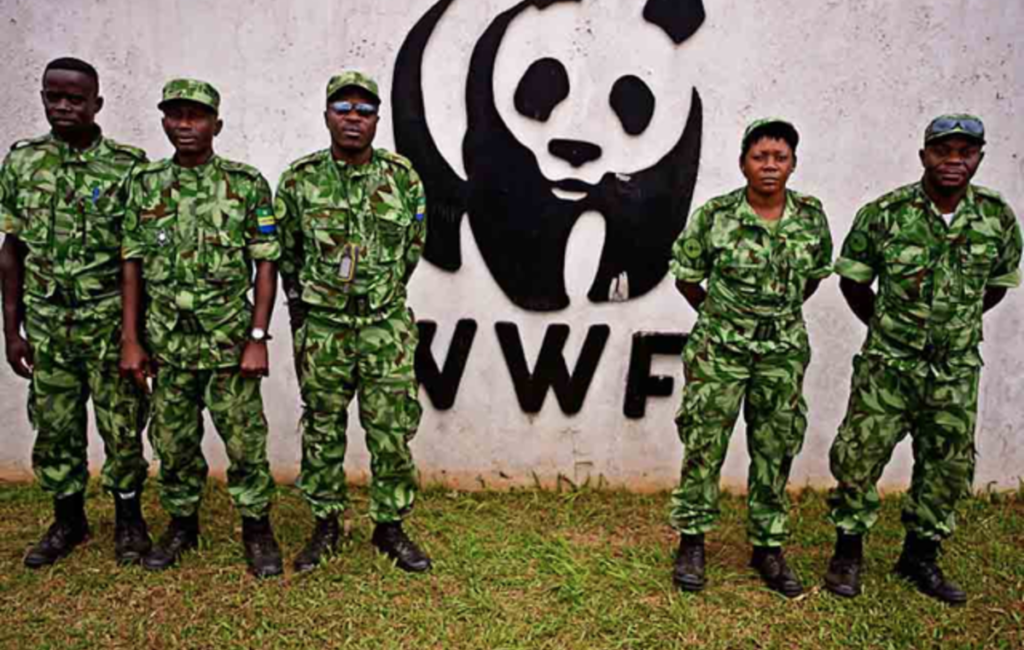 This noble desire has one obstacle: the natives, who traditionally live on the borders of these protected regions (conservation areas) and bask in the marvel provided by the nature of their habitat. At the same time, damage to the local flora and fauna is caused by monkeys to a much larger degree than by the local aborigines’ subsistence farming. Notwithstanding, monkeys fall under the WWF protective concept, while humans do not.

WWF has developed a program for the protection of these sacred forests, with the tender name “Healthy People, Healthy Ecosystems: A Manual on Integrating Health and Family Planning into Conservation Projects”, which provides some interesting measures to conserve these natural resources.

For example, in some rare cases it is recommended to shoot to kill people, who are incapable of reading the warning signs and who have lived their entire lives in the reserves.

Another suggestion proposes the possibility of sterilizing the population after each individual reaches certain age.

Moreover, in 2017 the first eco-groups were formed seeking to prevent the residents of the Congo from entering the forest belt to satisfy their needs for food and fish in the bodies of water, because now it is a conservation area. This is the first fully documented case in which human rights (according to the UN version of the concept) are neglected and and made secondary to the to the welfare of plants and animals.

One could attribute the on-going situation to sincere faith of the WWF functionaries that local people, not global corporations, cause irreparable damage to the nature of the conservation area, and it is time to reduce the interests of their human rights in favor of nature. However, WWF is also known for its cynicism and political astuteness. For example, according to the “The Silence of the Pandas” investigation of WWF corporate agreements, about 3,000 hectares of land were transferred from conservation areas to Shell, Monsanto and Bayer specifically for industrial use. For this, WWF received about $ 3 billion in “voluntary donations.”

This investigation, by the way, was published in book form. The entire print run sold out, and then the work was carefully banned for sale in several EU countries on grounds the investigation piece included no evidence, only speculation. No defamation lawsuits followed.

This is not secret everybody around the world knows.That once rumors or speculation about the war against a certain country is plan. Humanitarian Organizations so dearly and eagerly implement and apply it’s right to provide aid. Whereby their resort to information gathering,coordinates,allow rebels to control food aid in order to removed hidden weapons.

Did you write this, or perhaps plagiarized from RichardD? LMAO

haha RichardD is a Zio troll and copies and pastes.

The post USSR chaos allowed the US military industrial complex and Bilderberg Jew corporation to try to fill the power vacuum by trying to impose a global “full spectrum domination” delusion. Only their hubris in Iraq and Afghan wars and re-emergence of a Russia, China and Iran counter-balance and push back has stopped the NWO in its tracks. The main instrument of the Jew fanned NWO is economic pressure and using terror proxies to weaken independent states. However, history has shown that there is always push back against hegemons and that is exactly what US and its Zionists masters are up against, at time economic and geo-strategic power is shifting to Eurasia. The Zionists are in arrogance overdrive these days and that will only bring them ruin.

Since 1940 US testing biological weapons in the world. The most target countries are African and Asian. America is a terrorist state,

“Humanitarian Organisations” have all been co-opted by global interests, and are being used to further corporate interests, for eugenics, and for sowing discord and conflict. Interestingly I heard that Bell-Pottinger of ill repute, as well as Medicins Sans Frontiers (and Journalists Without Borders) were set up by the same people. Brothers Bell.

“…to shoot to kill people, who are incapable of reading the warning signs and who have lived their entire lives in the reserves.”

“…proposes the possibility of sterilizing the population after each individual reaches certain age.:

Do you actually expect readers to swallow such assertions merely because it’s posted on SouthFront?