Early on October 9th around 12,000 people were evacuated from around 30 towns in the affected area. Airspace within 20 km of the depot was closed, railroad and road traffic were also put on hold when explosions began in an arms depot in Northern Ukraine.

Emergency services said there was no information on any deaths or injuries in the incident near the town of Ichnya, more than 170 kilometers from Kiev.

The initial reports of explosions in the depot began at 3:30am. Five of the warehouses were still burning in the morning.

“There are no victims, wounded, injured or killed among military personnel, personnel of the Armed Forces of Ukraine and the local population,” a Defense Ministry statement said. “As of 7 a.m. (0400 GMT), the intensity of explosions is two to three explosions per second.”

RT cited local’s comments on social media saying that the blasts smashed doors and windows. There are numerous videos and images of the night sky lit up by the explosions.

RT claimed that more than 60 people had gone to local hospitals to seek help, despite authorities claiming that there were no casualties. Emergency services were deployed on the scene.

President Petro Poroshenko’s spokesman posted on Facebook that the President had called a meeting of the heads of security forces and promised to give residents all the necessary help.

In recent years there have been several fires have happened in ammunition and weapons depots. In 2017, explosions at a weapons depot in the Vynnytsya region, 270 km west of Kiev, forced the authorities to evacuate 24,000 people.

Following the incident, a parliamentary defense committee inspected other depots. They discovered significant shortcomings in how the depot in the Chernihiv region was managed, according to Dmitry Tymchuk, who was on the committee.

A “number of shortcomings, including significant ones, were identified,” he wrote on Facebook. “As a result of this trip, I sent an address to the heads of the Ministry of Defense and the General Staff of the Armed Forces, which listed the shortcomings identified with a request to intervene in the situation and solve existing problems.”

In March, smoke was rising above a former technical area of a military arsenal in Balakleya. This is where the depot caught fire in 2017.

There are, as of October 9th, five versions of what the cause of the incident might have been.

Investigations in the incident will possibly provide clarity in the following days and weeks.

Gary Sellars
Reply to  MADE MAKER

Fail-Nation is simply being itself… no effort required.

Ukraine is not country but a eternal part of Russia. The Russophobic so called “west” must understand that, to Russia, Ukraine can never be just a
foreign country. Russian history began in what was called Kievan-Rus.
The Russian Orthodox religion spread from there. Ukraine has been part of Russia
for centuries, and their histories were intertwined before then. Some of
the most important battles for Russian freedom, starting with the Battle of Poltava in 1709 ,
were fought on Ukrainian soil. The Black Sea Fleet — Russia’s means of
projecting power in the Mediterranean — is based in
Sevastopol, in Crimea. The Russians defeated the Nazis in Ukraine during the great patriotic war. Even such famed dissidents as Aleksandr
Solzhenitsyn and Joseph Brodsky insisted that Ukraine was an integral
part of Russian history and, indeed, of Russia.

With that I suppose Porkysenko and his neo-nazi orcs has legitimate claim for all of Russia.

Zionist parasitic penetration of Ukraine is quite severe, IDF snipers were responsible for the massacre of ethnic Russians at the maidan in Kiev.

A bare-chested man, resembling Putin, was seen riding away on a bear. 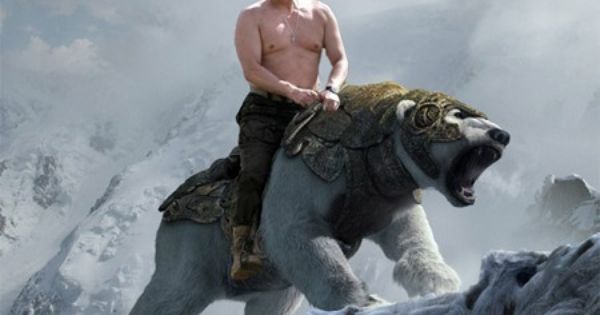 ..littering the ground with perfume bottles as he passed, while a lone BUK launcher trundled behind.

Soon BBC will show gay tourists with Nina Ricci perfumes that blew up the ammo dump. On a more serious note, this was one of the largest Uki ammo dumps and used as a warehouse for NATO weapons and the damage is pretty heavy duty.

Too funny, this was the largest ammo dump in Ukraine and full of newly acquired NATO and Zionist weapons and now all up in smoke. GRU at its best.

Also known as the Aquarium.

Maybe the best pieces were ‘acquired’ by Israel and the rest went up in smoke to cover their departure.

Ukraine like the Zionist entity is not a real country but a historic part of Russia both ethnically and geographically. The US losers and their NATO puppets are using Ukraine as a forward staging area to encroach on Russia proper and are warehousing ammunition and weapons in huge ex-Soviet era warehouses, there are many rogue units in Ukraine like the ones who used a Soviet era BUK to down a Malaysian airliner. This is most like an internal sabotage as Ukrainian military is not enamored with NATO agenda as most were trained in mother Russia. This ordinance dump was a major one and the damage is quite severe as several thousand holols had to be evacuated and millions of NATO weapons up in flames.

Nothing new there. Simply covering what was stolen.

Perhaps the US military attacked it by mistake Tudor ?
They do not really use maps anymore as that needs training. Far easier to Google the targets :)

I would not call it a mistake :) Knowing that current Ukro authorities can make a move without an order from US embassy it is “highly likely” that lots of ammo went to daesh/nusra. Now it’s time to cover up the shortage.

Didn’t they do that a few months ago? The night before the audit, it also went up in smoke.

What we need Tudor is for Theresa may to give us more ‘ clarity ‘ :)

Yeah! Clarity is her 2nd name, is it?

It certainly is. The proof of any cabal narrative is always the ‘unified’ and Parrot like use of keywords .

UA has a bad habit of exploding SAMs since the Novosibirsk-Tel Aviv flight in the early 2000’s (MH17 was simply 2.0).

>>And finally, Ukrainian 112 TV Channel reported that the depots also contained surface to air missiles and documents related to them. If these are BUK missiles, it is possible that the Ukrainian side abotaged
the facility to burn the evidence, following the Russian briefing that showed that the missile that downed the MH-17 flight was of Ukrainian origin.<<

Not really necessary, as NOBODY will investigate this and dismiss any evidence, or attempts to investigate this as ramblings of Russian trolls. You could probably hide MH370 (the missing one, not the shot down one) in one of those depots and nobody will bother to look in them.

I did not know you also write holywood scenarios :-). No as the last time what was there is what the americans stockpiling in Ukraine. They let them bring them in, then light them up for them. I give you one guess who light the fuse.

KIEV GETS AMERICAN ARMAMENT TO SEND TO DONBASS… http://nrt24.ru/en/news/kiev-gets-american-armament-send-donbass

Interesting. Russia also provided the serial numbers, plus, copies of paperwork, relating to the missiles.

That being the case,it must also mean that some NATO countries are now thinking that the Kiev Junta attacked MH17, as the junta have not ever bothered about what Russia or her allies said. :)

Were they expecting an audit? Or playing with the new delivery of US weapons, delivered yesterday?

Passports were found near the depot.

Funny how passports are left around for investigators to find. Sloppy criminals ;)

Were they Muslim followers from Iran Tommy ? Or even Muslims from Tehran who recieved training in Russia just after they had training from China ?

Plus they had dual passports from Venezuela .

The final option described above fits …….. a deliberate attempt by Ukraine’s Military to destroy evidence linking Ukraine to the ‘downing’ of MF-17

If they wanted to destroy evidence it is much better ways than what you suggest or the article that obviously the writer trying to create hollywood scenarios so he look intelligent. Beside the rest they say at the end that over look the obvious and go for real moronic brit-dutch style conclusions. I dont mention moronic americans as they are a class all by their own.

LOL, they hardly would need to destroy an entire depot for that, for crying out loud.

The CIA did it. They are now busy planting evidences to make Russia the culprit. They are very good at that.