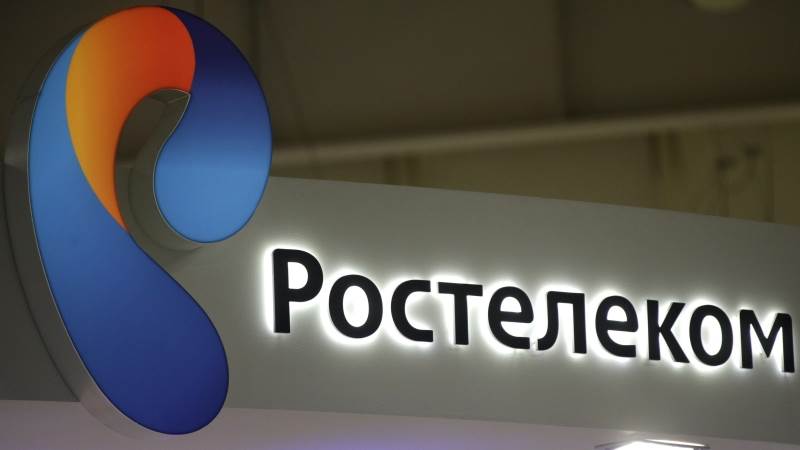 Chinese tech giant Huawei is allegedly in discussions with Russia to implement the Russian Aurora operation system (OS) on its devices, the Bell reported on June 10th.

According to anonymous sources, Huawei may receive help from Rostelecom and Russian businessman Grigory Berezkin, who own the developer of the Russian mobile OS Aurora, created on the basis of the Finnish Sailfish.

Two anonymous sources who were aware of the situation claimed that prior to the St. Petersburg Forum, Huawei’s chief executive officer Guo Ping discussed the possible transition of Chinese smartphones to Sailfish with the minister of digital development and communications, Konstantin Noskov.

According to a separate unnamed source, the topic was raised at the meetings between Russian President Vladimir Putin and Chinese President Xi Jinping.

The Bell contacted the press service of Rostelecom, which said that they had not heard about the negotiations, but were willing to work with all developers. Huawei declined to comment.

Huawei lost access to updates to Google’s Android OS, after the US Commerce Department blacklisted the company on May 16th.

Companies included in this list are prohibited from purchasing products from US suppliers without permission from Washington. Later, Huawei received a temporary license from the Ministry of Trade, which will allow it to update the software of its gadgets and maintain existing networks until August 19th, 2019.

The US Treasury said that President Donald Trump could ease the restrictions imposed on the Chinese telecommunications giant if he was satisfied with the terms of the possible trade deal with Beijing.

There was also speculation that the Chinese company was preparing for the ban in advance. Back in the spring of 2018, it said that it was developing its own mobile operating system to replace Android. In March 2019, Huawei’s executive director, Richard Yu, said that Huawei’s own OS is ready, but the dates to roll it out vary – from autumn 2019 to the second quarter of 2020.

Separately, at the sidelines of the meeting between Russian President Vladimir Putin and Chinese President Xi Jinping, Huawei signed a deal with Russian telecom company MTS to develop a 5G network in Russia over the next year.

The deal will see “the development of 5G technologies and the pilot launch of fifth-generation networks in 2019-2020”, MTS said in a statement.

Good news! The world needs an alternative to google and apple!

Like a…Great Fire Wall of China. Russia good luck with that :))

https://www.bloomberg.com/news/articles/2019-06-10/trump-s-war-on-huawei-risks-destroying-tech-world-russia-says “build a “sovereign internet” to protect its domestic network from external threats” Ohh they are already building it :O swear me while you have time “Mike”

You know as well as I do that Bloomberg is a Mossad asset.

And ICANN is an international institution now, Russia is also involved. But all the coders use American English, like this site(PHP), there is no program in Russian.

Exactly, I was always spelling colour correctly and getting unknown property errors, because the compilers all speak American and not English.

The US controls the domain name servers, and refuses to allow servers in other countries. The US uses this power to stop people getting access to nations the US is targeting. They have done it to Iran and Libya, and probably many other nations. The USA is the enemy of free speech and democracy, it has to be castrated for the benefit of all mankind.

A small point about Google, when they intercept your internet traffic, they cause your internet usage to increase. They effectively get the general public to finance their research. I’m surprised some enterprising American lawyer hasn’t sued them for compensation for causing a financial burden on home users.

High tech american giants have immunity to be sued accorded by american congress. I do not agree with this though.

An example of the decoupling of China vs the US. The Russian government is using Aurora/Sailfish OS which was developed by ex Nokia personnel (Jolla) and Russia has invested in the OS due to their need for a secure OS. The OS is focused on privacy. The user data is not stored or sold to advertising partners. There are also several options to setup a VPN system. The apps — especially the Android ones — are not accessing the core and the device data. Seems a viable alternative to Android.

There is no such thing as privacy anymore. Don’t think that Aurora OS doesn’t have any backdoors for state security services.

You judge others by the world you live in, where your own government is your greatest enemy.

Sorry bro, my opinion is an opinion of IT analyst working in the industry since 1999. Just take any OS and google for zero-day vulnerabilities, if you don’t believe me.

I wasn’t suggesting that an OS can’t be hacked. My point was only in America does the government intercept every single phone call and email sent by ordinary people. Most countries are more interested in feeding and educating their people rather than spying on them.

Ah, but it would be a Russian backdoor, not a US one. The restriction of Android apps to accessing the OS kernel is unique also.

Why do they need to access the kernel of your phone’s OS if all of your important data is stored at Google servers, where they have full access. Cloud storage is kinda jackpot for any state security service. E-mails, photos, messages, gps data… all of it. In plus they have GSM decryption devices, so they can listen all of your conversations. The only thing which keeps you kinda “private” is that those guys are not interested in you.

I believe we are talking apples and oranges. I don’t disagree with you oranges but it doesn’t jive with my apples. ;-)

Aurora is basically Sailfish without the ability to run Android apps. Why, because Russia was looking for a secure mobile phone system. Secure from the west. Not only is the OS controlled by them, but the phones it runs on is made from parts completely manufactured within Russia. The initial rollout is for 8 million Russian government/military employees.

Yes, Russia and definitely China could still listen in, but it would be much more difficult for the west. Since the interest is in security from the west, they would not want western android apps to have access to the basic OS. That’s all.

Well, as far as I remember, the phone was made on Chinese components and even assembled in China. As for the access to the kernel, here the google translated quote from Russian article about Aurora:

All management services, OS updates and an app store can be deployed within the customer organization. To improve the efficiency of operations, companies can independently control devices, including installing and updating applications, enforcing a password, controlling personnel movements, tracking photos and videos from the work site, and so on.

You are most likely correct. As far as I could get, Rostelecom picked three suppliers for the Aurora smartphones, but the rest of the article was behind a paywall. What my feeble mind remembered was from last year when Sputnick had this article about Russian made cellphones: https://sputniknews.com/science/201802241061956827-russian-military-cellphone/ and this one about Russia’s military shifting from MS Windows to a Linux variant: https://sputniknews.com/russia/201801091060604846-russia-transfer-computers-domestic-software/

They have civil version of that Debian (Astra Linux). I have tried it in 2017 and were not quite impressed. You can view it by yourself: https://mirrors.edge.kernel.org/astra/stable/orel/iso/orel-current.iso On other hand, the OS policy restrictions and the army way to handle the problem, probably, would lead to some kind of success deployment. Anyway it is better than Windows at the vital security networks. But I’m quite pessimistic. Maybe I am wrong.

China needs access to an alternative and credible mobile-device software, then it can respond to US bans on Huawei in international marketplace, by restricting Apple and Android based systems sales in Chinese market. This would profoundly and negatively affect Apple’s profit margins – Apple execs would soon be screaming at US politicians behind closed doors. The US wants its NSA spyware and full tech corporation access compliance on devices sold in the west and will ban any competitor that threatens this data mining regime.

And when a Chinese company allies with a Russian one, all the NATO countries will totally love its products

NATO is just another name for America, most Europeans would dump it if not for the revenge the US would take against them. The world lives in fear of America, but if they can hurt the USA, and get away with it they will.

While USA and UK sponsor funds 80% of NATO, yeah I agree with that. But they took care to control all the European companies, there is no big company in EU that is not partially under control of an American investing fund and the banks are totally controlled. EU should go full communist to take over its economy.

Nonsensical drivel. Do you drink heavily whilst trolling?

This is not about OS. It is easy to create. The problem is with applications. Practically no developer will make version for Huawei OS. Therefore in western world Huawei has finished.

If Huawei uses a version of Linux like Android, most of the currently available applications will be easily ported. Many of the apps are written by one person working from home, and if there is a buck in it, and they outside the police state of America they will port it.

No way! Moreover, which firm will allow??? No firm want be sanctionalized. (or something else). You must understand, that they will put either in google store their product or in chinese store. The first one is the big business.

Point taken – however, would argue, access, scale and growth, within the Chinese consumer market is a core issue. If western governments, note – not consumers, choose to cut Huawei out of western markets, the same reciprocity can occur in eastern markets. If western governments want a closed market, to facilitate surveillance and market dominance, then they will shatter their own globalist dreams.

Sure, in China Huawei dominates. There is another App-Store, only for China.

The last ideaThe western losses in China will not affect the brutal fall of Huawei. Without rich markets they will produce 40% of actual rate. Moreover, they have problems with chips, etc.

The only thing the American Government respects is blunt force. China will have to destroy a major Jewish company like Facebook Wells Fargo or Lockheed to get the Americans to pay attention.

You know also, that they have no chance.

China will win this trade war, for exactly the same reasons the US won the 1930’s trade war.

How do you think China would destroy a company that is not doing business with?

By not doing business with it. The USA is 50 years behind the times in most areas, with a lot of expertise in a few areas. As an example, America can not make a modern phone, so either the US buys Chinese, or goes back to wires. The US will simply become irrelevant, which is OK for most Americans but a disaster for the plutocrats who want to rule the world.

It’s more likely Chinese phones are assembled from high-tech components made in US, UK, Germany, Japan, Taiwan, check this https://www.reuters.com/article/us-huawei-suppliers-factbox/factbox-global-tech-companies-shun-huawei-after-us-ban-idUSKCN1TC1KW

China has nothing. No resources. One maritime blockade and no resorces will go from Africa, Latin-America. Remember Japan in 30-ties.

Then sure will be completely forbidden in the western world.

Yes, monopolio is never been a positive thing