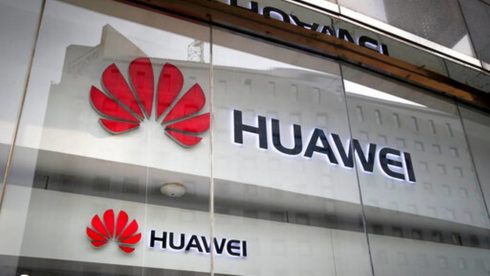 Without Chinese participation in Brazilian technological market, the path is open for Brasilia to enter NATO as a global partner.

The Brazilian 5G auction finally took place – and the Chinese tech giant Huawei did not participate. Having no possibility of action for the Chinese company, Beijing has been excluded from the Brazilian 5G market, which led to a series of diplomatic tensions. The event will profoundly affect Brazilian agribusiness, which depends on economic cooperation with China. Furthermore, from now on there are no longer any obstacles for Brazil to achieve the status of a global NATO partner, which will have serious consequences for the global geopolitical scenario.

November 5 the National Telecommunications Agency, Brazilian public company responsible for the administration of the entire technological sector in the country, announced the closing of the 5G auction. In the auction, lots were offered in four frequency bands: 700 MHz (megahertz); 2.3 GHz (gigahertz); 3.5 GHz; and 26 GHz. These bands function as real “channels” in the air for data transmission and circulation. It is through these bands that the 5G internet service will be provided throughout the entire Brazilian territory. Each of these bands was divided into national and regional blocks, giving the purchasing companies rights to operate in specific areas of the Brazilian territory for a period of 20 years, after which the right will expire. About 8 billion dollars were moved during the auction.

Dozens of companies participated in the auction, most of them Brazilian companies – although with a large part of the shares of these companies being in the hands of foreign investors. Companies already prominent in the Brazilian technological market, such as Vivo, Tim and Claro, achieved, as expected, the best lots and obtained an extremely advantageous position in this new field of investments. In general, apparently, the application of 5G technology will not represent any significant change in the Brazilian technological scenario, which will continue to have the same current problems, especially with regard to the monopoly of large companies in the country.

However, the most prominent point in the case of the Brazilian auction was undoubtedly the absence of the Chinese company Huawei. Ending a long period of doubts about the possibility of the Chinese investing or not in 5G technology in Brazil, the auction took place without any operation by Huawei – not by official prohibition or banning on the part of the Brazilian State, but by “voluntary” option of the Chinese company. Even being the world leader in 5G technology, Huawei could not participate in the event because the auction, according to the rules recently added, was restricted to telephone operators. Huawei is a supplier of equipment and technological infrastructure, not operating in direct mobile telephony, which is why it did not fit with the new standards. To participate in the auction, Huawei would be forced to change its field of activity and create a new sector quickly, which it refused to do. In other words, the company was banned in a “soft” way: the Brazilian government changed the auction rules to affect Huawei and ban it without creating a diplomatic crisis with China, claiming that the company abdicated “voluntarily”.

In fact, this model does not completely exclude China from the Brazilian 5G, it only prevents Huawei from acquiring frequency bands, but it does not prevent it from providing infrastructure for companies that purchased these bands. However, most of these companies have loyalty agreements with Nokia and Ericsson, which are Western companies that produce the same infrastructure – meaning that Huawei will have little access to this market (perhaps none at all). This shows how inadequately thought out the Brazilian strategy was, as national companies that acquired the right to control the 5G bands are not able to produce this same technology and will continue to depend on corporations abroad. What the auction rules did was simply to delay the insertion of 5G in Brazil just in order to create an obstacle against China. If Huawei had acquired bands, the implementation of this technology would be much easier and faster, but the purchase was made by companies that do not produce 5G infrastructure and that will continue to depend on foreign equipment, making Brazil even more backward in global technology.

In addition, the Chinese certainly understood the message left by Brazil with the sudden change of rules and this will have a significant impact on bilateral relations, especially in agribusiness, which is the main sector of the Brazilian economy. China is currently blocking Brazilian beef due to sanitary reasons, with October 2021 representing a 43% drop in Brazilian beef exports to China compared to the same period last year. With the result of 5G, it is unlikely that China will ease the health rules, which also consist of economic sanctions. It is a known fact that many countries justify their intention to tighten sanctions with an alleged health concern, creating a “soft” and “apolitical” perspective for their strategies. China has already done this with Brazil also with regard to soybeans. Therefore, it is likely that in November and in the coming months the rules will be even tighter, and relations will drop further and further.

Finally, it is necessary to remember the real reason for the changes: NATO. A few months ago, US Secretary of State Antony Blinken visited Brazil and offered the Bolsonaro government a place as a global NATO partner, demanding in return that the Brazilian government impose a ban on Huawei in the 5G. Brasília hesitated on this point because, despite the Bolsonaro government maintaining a strategy of automatic alignment with Washington and wanting to join NATO, China is still Brazil’s biggest trading partner. So, the “solution” found was to apply a substantial change in the rules and demand from Huawei conditions that it could not meet. Now, the Bolsonaro government will say that Huawei’s non-participation is an exclusively Chinese responsibility as the company did not want to invest in mobile telephony in time for the auction. And with that, the Brazilian government will claim its place in NATO.

On the other hand, the Chinese will also have a “soft” justification for boycotting Brazilian agribusiness, which are the sanitary issues. In the end, the same scenario persists: Brazil loses economically, socially, and technologically in the name of a position as a “partner” in the Western military alliance.

This article is flawed. The auctions was NOT about choosing whose company´s technology would provide 5G network in Brasil.

This auction was about whose Brasilian Telecom providers would be granted the concession right to use specific 5G frequency waves for 5G services in every region of Brasil. Which 5G technology each winning provider will use, is up to them to choose.

So the article above is full of disinformation.

One other misinformation about Brasil politics from this article is the notion that Brasil wants to be a part of NATO.

It is not correct to say this today.

Being a part of NATO means to have responsibilities and being locked with European and USA foreign policy to wich Brasil do not see any profit in our foreign relations.

Brasil would lose its foreign pollicy independence if it ever joins NATO.

So, no, being accepted in NATO isn´t in Brasil interests right now.

But the article clearly states exactly what you wrote in both comments:

“Huawei could not participate in the event because the auction, according to the rules recently added, was restricted to telephone operators” continue reading from there.

and it doesn’t say that Brazil wants to join NATO, but to become a global NATO partner. It’s right after Anthony Blinken’s name.

What other “disinformation” is this article full of?