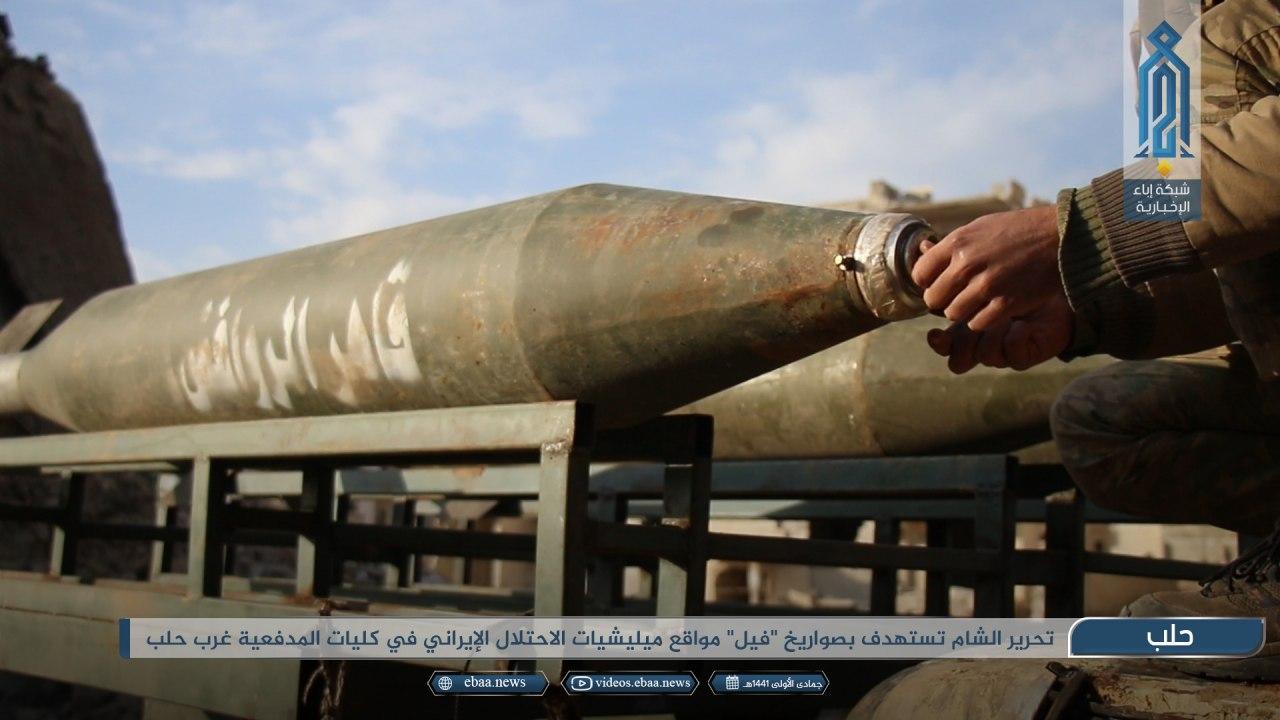 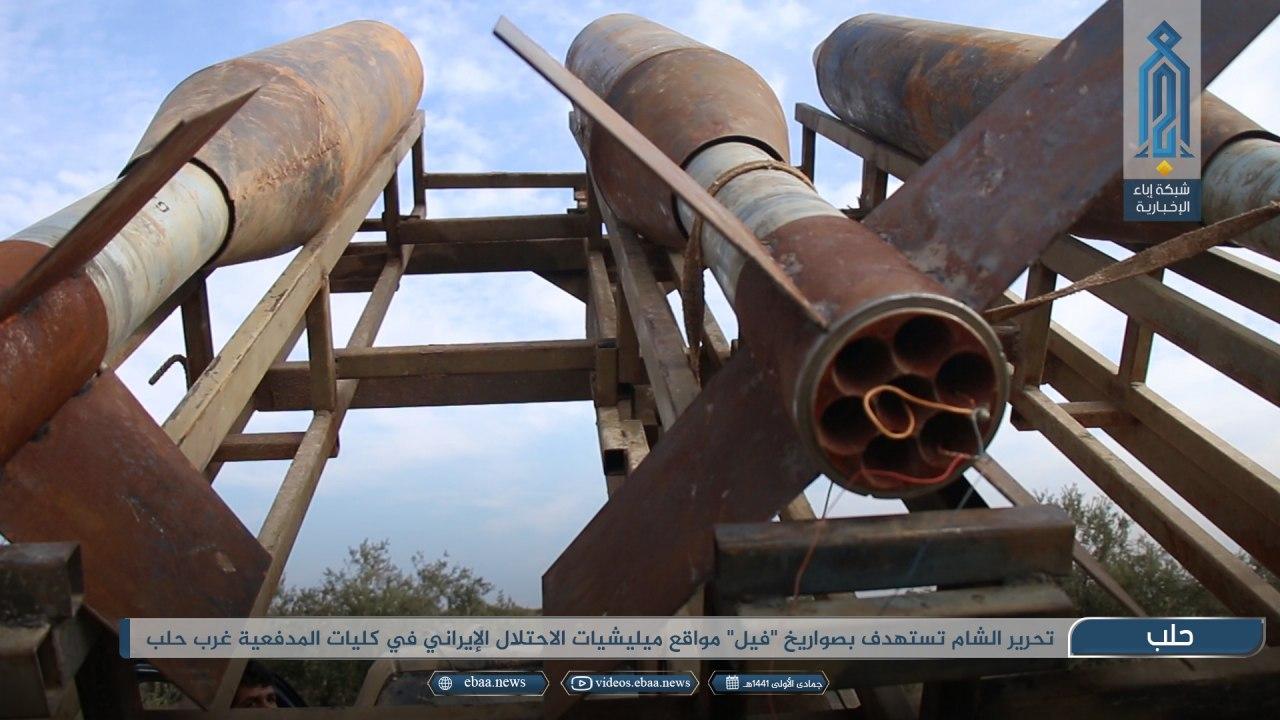 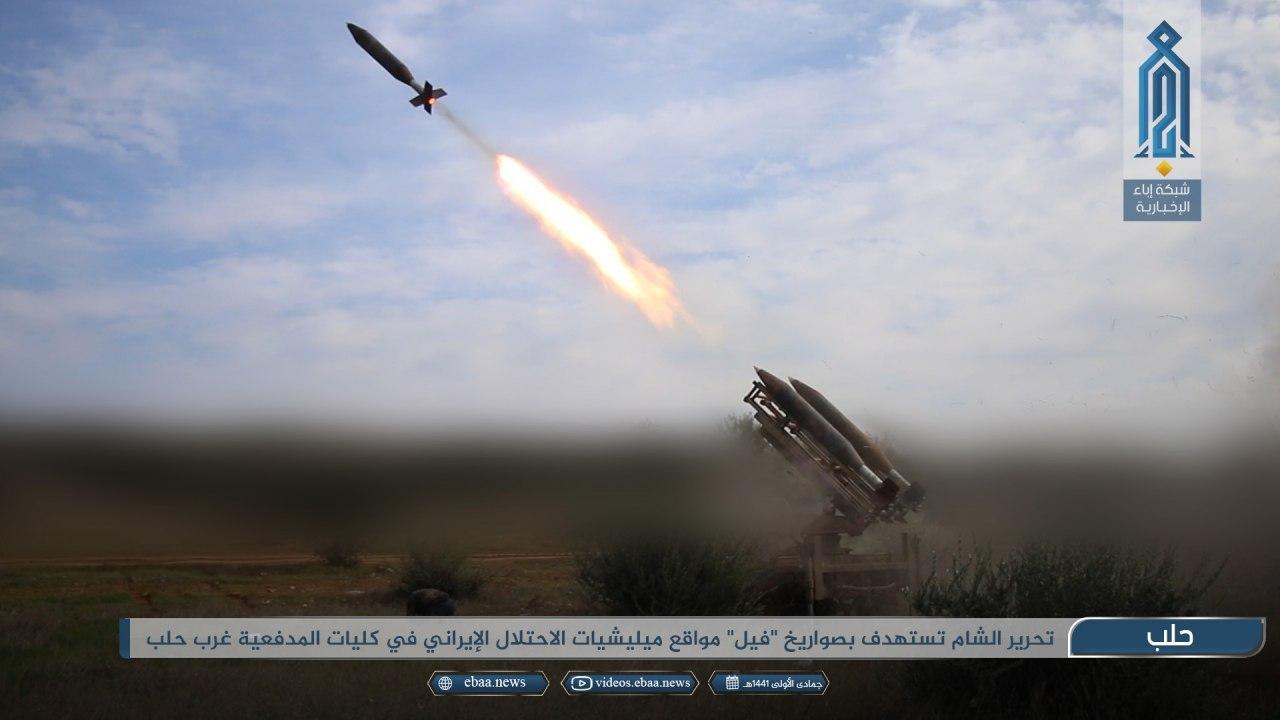 Earlier this month, HTS sabotaged a new ceasefire, brokered by Russia and Turkey, by launching several rocket attacks on military sites and urban areas around Greater Idlib. One of the attacks targeted Aleppo’s city center. Three civilians were killed as a result.

HTS’ attacks on Aleppo come amid reports of a possible military operation there by the Syrian Arab Army (SAA). In the last few weeks, the army amassed a large force, including the elite 4th Division, in Aleppo.

According to pro-government sources, the planned military operation around Aleppo will be aimed at clearing the city’s western, northwestern and southwestern outskirts. From there, HTS and its allies are launching their rocket attacks on the city’s center.

While it’s unclear if the SAA is still planning to launch the Aleppo operation, the intense Syrian and Russian airstrikes on Greater Idlib indicate that the ceasefire may end soon.

Why bother having ceasefires with these idiots . They have no intention of abiding by them but each time one is made gives them the belief they are winning . Push them out of Idlib and into Turkey so they can look after them or send them too Libya or drop them off in the middle of the Mediterranean with rocks strapped to their ankles.

It’s a cricus, for the masses.

Those things look like they weigh a ton. Anyone recognize this particular nozzle? Similar to the red colored cover that old 120mm and 240mm used, but not sure if that’s even a cover. Might just be a painted nozzle body. Those rocket’s covers also don’t have round indentations like this. I’ve seen the pattern before but can’t place it. Only markings visible on the motor are one Cyrillic character. https://uploads.disquscdn.com/images/6f84f49ba48240b9db40b9ba57b4f788ed93c0c17ba5dd8486d3f96a71a7d901.png

Not a regular 107mm – their motor fuze well (center hole) is distinctly larger than the six surrounding nozzle holes. All holes look like the same size in the Head-chopper motor above. ‘Regular’ 107mm nozzle as pictured on the authoritative (but defunct) Brown Moses site. Thanks, Eliot. https://uploads.disquscdn.com/images/8bc46920978d4871beefa4eda37a478533fce93047f6644a18694f95ef5b9bea.jpg

When will people get it, somehow, Russia/Putin is always exused, like the pack of drooling morons whom sees Trumsptein the knuckledragging Orangutan as an 122 D. Chess master player and thinks Trumpstein is doing something good, uh…. the same level of bollocks we endure when talking about Russia and Putin. https://www.youtube.com/watch?v=QAXtRqqEj-0

This attacks happens because of ISISrael, period, they have charte blanche to do whatever they want, and Putin just sits there and babbels something about anti-semetism, while the Jews have been behind ths ISIS from day one, and when I say day one I mean all the way back to Libya, the sole reason for Russia/Putin doing nothing, and the sham attacks from air is just that, solves nothing but helps RUF to test weapon systems and they somehow never works on ISISraelis.

The Turd forces, are also an trojan horse, whom have cooped with ISISrael since day one, aka oil, weapons etc to aid and never forget the drug trade, where turds and pakis f…. are running the heroin trade along with the Albanian/Kosovo/ex-Yugoslavian rats because of the conection to the Jews and the USArmy where the drugs comes from Afganistan, and the Turds have lett everything slip thru and thats what happens as we speak and Russia refuses to do anything, and if you stil dont realise why ISISrael can wack even Russian forces and get away is because of how rotten Putin really is, one day this coverup of that must end, its an discrase nobody is willing to admit the bloody facts, and I am NOT impressed by what is happening this days, not at all, and never think Russia will do anything regarding helping Iran, because of what the Jews in Russia, ISISrael and UssA wants, they want Iran humanised back to the stone age, and Russia is an part of it, selling shit dont convinses me for an second, thats just bizzenizze, and the Russians dont give an rats ass about helping anyone but the Jews and their own weapon mil. complex, and I know the war is coming, and belive me, sooner than we think, and Iran will be alone, the Iraqis is wipped to submission, and the Europeans have their balls in the squice, and will dance to whatever tune the Imperial banana republic plays. I told you, every day Russia looses credibility, and have very little left. Never ever trust Russians, for now, they are under the Jewish thumbs, and Putin is just an pathetic ISISraeli bitch like Trumpstein.

There are ONLY two ways of ending this, bomb Tel-aviv and Ankara to oblivion, everything else is an waist of time and efforts, and plays to the tune of the Jews witch is having an ball and everybody else pays for it.

The more these insane cowards die the more better for humanity

They are even a danger to themselves.

Well, so they are working in conjunction with Israel. Nothing like putting everything on front street.

Maybe if SAA soldiers dressed-up like IDF, they could sneak up to HTS front lines without the terrorists firing on them? Brandenburg regiment tactics :)!

This type of desperate terrorism is not going to dissuade the Iranians, if anything they will redouble their commitment to rid the region of illegal US and NATO occupation forces and defeat the US terrorist proxies.

The product of Putin ceasefire. Eventually Erdogan manage to send 2000 terrorists to Libya.Finally SAA and Iran were bomb by ISIS.Asad was advise to invite Syrian and Middle East destructor Trump.Putin is a clever Zionist servant.

Mmmm, will I go out on a limb and make a prediction, why not. Will this mean the SNA/FSA/NFL/SLF will all of a sudden turn on the HTS militants and take back control of Western Aleppo, I think they will, this area will probably be part of Erdogan’s newly proposed safe zone in Idlib, and he won’t be able to have HTS fighters operating there, so it’s time to start cleaning up the neighbourhood. if Erdogan’s safezone proposal is implemented HTS and Al Nusra will be left in the combat zones all by themselves, so I suspect they’re about to do anything they can to try and usurp it’s implementation, it’s just like Erdogan’s signing their death warrants to save his moderate opposition, LOL, that won’t be making any of the foreign Jihadist happy either.

The mullahs regime has a target on their backs. They have turned Iran into the punching bag of the entire region. In the coming months, we will hear more and more reports of attacks against Iranian forces.

That is the intended aim of the US and Zionists, but highly unattainable and at best wishful thinking.

“That is the intended aim of the US and Zionists” – I agree. But the retarded mullahs regime brought this on itself.

So they are re-branding to get favorable U.S. media coverage? I think they are onto something.