Security forces of al-Qaeda-affiliated Hay’at Tahrir al-Sham (HTS) have carried out an operation against jihadists in Jisr al-Shughur city in southwestern Idlib.

According to the Syrian Observatory for Human Rights (SOHR), security forces chased a foreign ISIS member in the city in the late hours of September 24. Security personnel opened fire at the terrorist in the area of al-Suma’a then killed him after he attempted to drew his gun.

Opposition sources claimed that “a group of Turkish jihadists” was arrested in the Christian district. The sources also reported the arrest of a jihadists known as “Abu Sufiyan al-Turki” near Idlib city on September 25.

While the SOHR said the jihadists killed and arrested by HTS’ security forces were members of ISIS, other sources said they were from Horas al-Din.

HTS is waging a secret war against other terrorist groups in Greater Idlib. The group is working to assert its dominance over the region in order to turn it into its own de-facto state.

Just keep killing each other Assad and Russia will never accept single one of you at the end.

lmao my jihad is better than your jihad? 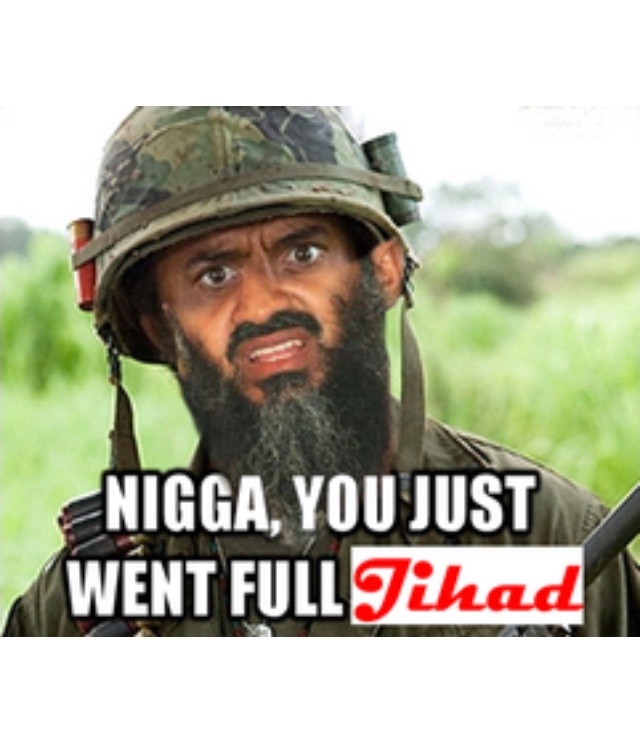 “my jihad is better than your jihad” – This sentence defines the war in Syria.

Well didnt ISIS also try to start its own state? and now they dont even stand for elections due to lack of members..

Next in news:
HTS Liberates Syria.

Oh thankyou Syrian Observatory for Human Rights for letting us all know just how those foreign baddies are being hunted down by your heroes in Idlib. :)

Come on SF, you’re getting closer and closer to telling the readers the truth but you’re still leave out all the good bits and keep fudging the truth, I know most of your readers are blissfully ignorant of all the really important stuff but that’s no reason to keep them in the dark forever, so let me help you shed some light.

HTS is NOT Al Qaeda affiliated as SF ALWAYS asserts it is, it’s the complete opposite, HTS actually arrests and kills Al Qaeda agents whenever they find them operating in their territory, that’s something SF refuses to tell it’s readers, even though it’s common knowledge to everyone else.
So why does SF lie to you all, why do they always erroneously label HTS as Al Qaeda affiliated even though they effectively split from Al Qaeda years ago, I’ll tell you why.

There are 2 opposition governments operating in northwestern Syria and the biggest is the Salvation Government, it politically [not militarily] controls more than 75% of the occupied territories and they have HTS as their main military arm, but they’re also allied to several other factions too one of them being the foreign Jihadists from the TIP [Uighurs]. Now as a general rule HTS is totally opposed to Al Qaeda, Isis, and the Muslim Brotherhood, but since the TIP and a few other factions in the HTS alliance are actually pro Al Qaeda and pro Muslim Brotherhood, the lines are somewhat blurred. So even though a few factions that fight in the HTS alliance do have either or both Al Qaeda or Muslim Brotherhood sympathies, they’re still allowed to remain in the alliance under certain conditions, any other pro Turkish Al Qaeda, Isis, and Muslim Brotherhood fighters/members are either arrested or killed on the spot.
So in essence HTS and the Salvation Government hate Jihadists, Al Qaeda, Isis, and the Muslim Brotherhood, that’s the NEW fact that’s undisputable, so tell the truth SF.
This government is totally illegal and not recognized by any foreign entity, the Astana agreement designated HTS and the Salvation Government as terrorist entities and labeled them enemy combatants.

Then we have the second opposition Government operating in northwestern Syria, the Syrian Interim Government, it only controls less than 25% of the occupied territories politically but militarily it controls 100% of the occupied territories [thanks to Turkey].
This government is supported by Turkey and legally recognised by the international community, they have the SNA, NFL, SLF, and the FSA as their official fighting force, and all these factions are recognised as moderate opposition fighters by the Astana agreements, and there are some other smaller legal factions that fight for the Salvation Government but there’s way too many to mention.
But there are also quite a few illegal [according to Astana] terrorist factions that fight alongside the moderate opposition when they shouldn’t be, so the areas the Syrian Interim Government controls is where the Jihadists/terrorists feel the safest now, and where they now have free reign to attack the SAA.
But most importantly the areas the Syrian Interim Government now controls is where all the Al Qaeda, Isis, Muslim Brotherhood, Jihadists can be found, this is where they operate from, they don’t operate in HTS territory because they’re not allowed to, but SF refuses to tell you that.

So why doesn’t SF explain the new working dynamic so that everyone understands, why dont they want the readers to know it’s actually the Turkish backed factions and not HTS that’s affiliated with Al Qaeda, the Muslim brotherhood, Isis, and the Jihadists.
So can you guess why they don’t tell you the truth, it’s because of resolution 2254, that’s the simple answer, they’re scared they’ll lose all their readers when they find out the real truth, they’ve already lost quite a few this year already but that’s exactly what you deserve when you treat people like idiots.