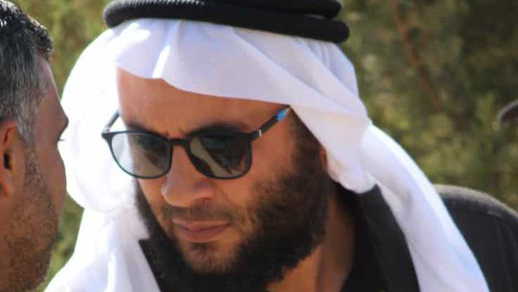 On January 25, a drone strike killed a senior commander of the Ahrar al-Sham Movement who is close to al-Qaeda-affiliated Hay’at Tahrir al-Sham (HTS).

The commander, Saddam al-Musa, was reportedly targeted by an unidentified combat drone near his house in the Turkish-occupied town of al-Hadath, which is located in the northern countryside of Syria’s Aleppo.

Al-Musa was the commander of Ahrar al-Sham’s Eastern Sector, which is allied to HTS. The commander was very close to HTS leader Abu Mohamad al-Julani and it is said that he had pledged his allegiance to the terrorist group, which occupies the Greater Idlib region, in secret.

Syrian opposition activists said that al-Musa, also known “Abu Uday Aulan,” was threatened by the Turkish military prior to his assassination over his role in spreading HTS influence in Turkish-occupied areas.

Earlier this month, the commander refused Turkish orders to withdraw from al-Homran crossing in the northern Aleppo countryside, which links Turkish-occupied areas with the territory of the Kurdish-led Syrian Democratic Forces. The crossing is one of the key oil smuggling routes in war-torn Syria. 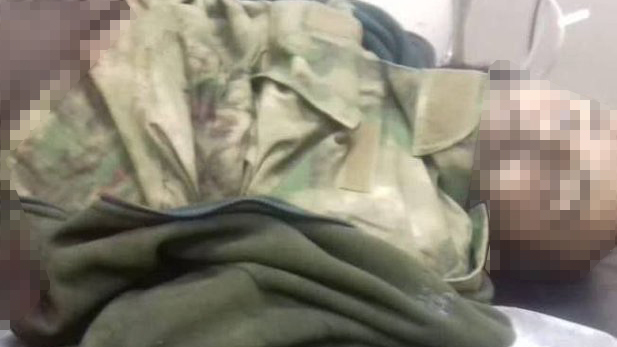 While some activists speculated that al-Musa was assassinated by Turkey, whose combat drones are very active over the northern Aleppo countryside. There is still no evidence whatsoever backing this accusation.

The United States carried out several drone strikes on Turkish-occupied areas in the northern Aleppo countryside over the last few years. However, it does not recognize Ahrar al-Sham as a terrorist group and none of its previous strikes targeted HTS or any of its affiliates. Only ISIS operators were targeted by U.S. combat drones in the past.

Ahrar al-Sham has not made any official accusations, yet. The group may opt to remain silent on the assassination due to its high sensitivity.

The assassination of al-Musa was not directed against Ahrar al-Sham itself, which still receives support from Turkey, but rather against HTS. It was likely a response to the terrorist group’s repeated attempts to spread its influence in Turkish-occupied areas in the northern Aleppo countryside.

Russia should have just stayed in Syria at least they would have looked strong, now the World knows that Putin is the biggest fraud of the 21st Century, all of his talks about his secret weapons and military capabilities that can defeat NATO, has been proven False! The Russians have the most Incompetent Military that the world has ever seen, even the French are laughing at the Russians and saying: Even we couldn’t screw up a War this badly!

Last edited 12 days ago by Putin Is Looking Like A Fool, I Mean Really!
-1
Reply

Isser Harel
Reply to  Putin Is Looking Like A Fool, I Mean Really!

The truckloads of deceased Ukraine fighters being sent back by the Russians and the ukraine burial detail meeting them, as well as the overflowing cemeteries of dead Ukrop nazi Bandera worshipers, proves that you are incapable of discerning truth from lies. Go get another booster from your freemason master fauci.

I cry over how desecrated Greece has become by haplo j2 ashkenaz, and how its full of tranny f7ckers like you.

Greeks are not Ashkenazis, try again.

Good riddance. The slaves of the Zionists in the government, the intel and in the military wanted to remove HTS from the list of terrorists and rebrand them as good old Islamic liberty fighters so glad they have failed utterly. The AIPAC grip on US foreign policy is soon coming to and end. Slava Bashar Hafez al-Asad.

assheadists, lesbollah, and ghouthies are a bunch of haplo j2 ashkenaz faggots like the liver eater and his whore of a jew banker leatherface.

Assad is Ashab not Sufyani. Houthis are Yamani.

Nabi(saw) said that the Truthful would go to Syria, and the liars would be in yemen.