Greater Idlib’s al-Fateh al-Mubeen operations room has claimed that the Syrian Arab Army (SAA) is “threatening” and “amassing its troops” to attack the northwestern region.

In an official statement, the operation room revealed that it is making preparations to repel any new attack by the army and its allies on Greater Idlib.

“We decided to move on with many procedures which would fortify the fronts with the enemy, rise the military efficiency of the factions and unify [our] vision and military planning in the coming period,” the operations room said in the statement, that was released late on May 27.

The operations room also called on everyone in Greater Idlib to support efforts of the armed factions there with “all possible means.”

The Al-Fateh al-Mubeen operations room, which is led by al-Qaeda-affiliated Hay’at Tahrir al-Sham (HTS), includes a number of Turkish-backed factions from the National Front for Liberation and the Syrian National Army.

The operations room’s new statement shows that HTS and its allies are taking advantage of the current ceasefire in Greater Idlib to build their military capabilities. If Turkey fails to put an end to this manipulative behavior, the SAA could launch a new operation in the region. 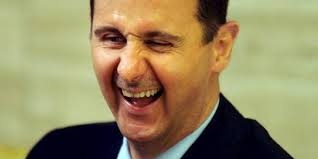 Russia is already loading its newest secret weapon The Arab Mortar Cannon with lots of Arabs and Russia already allied with USA and together they will Arab-Cannonier China back to the Stone Age!!
– USA! USA! USA!

Oh please enough with the racism , what a uneducated statement.

Also if the arabs were so stupid, care to explain why whites have not replaced the numbers devolopped by arabs eons ago.

Arabs are smart, its you thats a morron.

Obviously you are just here to shit stir with no intentions of adding anything of value. In other words just a Dog , A low life gutter dog . Why not go and yap somewhere else

When, hopefully. It was always a question of friggin’ WHEN. Not if

Luckily since 620 muslims are fighting and killing each other, looking for the one and only real faithful, the more muslims, the more killing. Hope they stay believing in this self- exterminating religion. I wait for the muslim women’s to take their rightful place in this middle age anachronism this is going to result in : more killing ( fear for women) or in a more civilised, human and less basic religious society.

Your ignorance is astounding.
These salafists dont represent real muslims, just as much as the Klu Klux Klan does not represent chrisianity.

I think women have a much bigger presence in the muslim than you allude to.
If these women choose their faith, its their choice not yours.
Why must you insist in meddling in everyone else’s affairs? Enough with you crusaders.

I gone limit me to only few remarks:
– I am happy that you confirm my statement that the Islam’s competing for the real and only believer.
-what you call the muslim KKK is proven to be based wordly on the Koran, sharia and Hadith. The Real KKK is and can not be proven on any religios idea it was prosecuted while you people need us to contain the barbary .
-Crusades, they where the legitimate selfdefense against the continuous invasions , slave trade and piratery of muslims. Brain washed tribes who interfered and attach the western civilisation.
– about the equality of women, I would believe you if islam would have freedom of religion, idea’s, speach, and not kill those who openly pledge apostasy. But only look at “mystealthyfreedom”women talking about their dignity, they choose different but are forced to comply with middle age tribal and patriarchal oppression. Islam is discriminating and punishing anybody who dare to confront islam with sience, humanity etc…
– meddling n the middle east, completely agree I am the first to say build a wall agaainst the middle east and Africa untill they sorted out there own problems and are able to make a living. But pity is that the first thing you muslims and equally the Africans do after you are able crawling as a toddler is facing the west and trying to get there to be supported. So stop whining and stay where you are we did not ask for any of you, you do not bring anything positive and I see luckily more and more indications we will close borders and leave you people sorting your own mess.

Right, I’ll have you know, im a french canadian with my own house and 2 cars.

I understand my high quality of living is on the backs of the poor people of the rest of the world.
When I see Syrian refugees walking down my street, I wonder if they know that we sponsored Jabhat Al Nusrah and friends, against the Syrian people. We pay the bills of the murderers and offer refugee status to a puny token amount.

Your the first person I ever heard to try and justify the crusades as legitimate.

You idiot racists have no problem finding phoney justifications, what ever happend to we are all equal because we are all human.

What your doing with this racism is wrong! You are working to divide mankind over idiotic surface differences such as faith, sex or the color of their skin!

How shallow are you? Dont you understand, capitalism needs us divided to keep enriching themselves on our backs!

Go want to do silly as if your wealth is of any importance: I am Belgian, speak and wright ( not perfectly) 4 languages, I manage speaking 2 more, I have a degree in economics and history, have my own yacht, two Mercedes’s from which one a G class i have a ranch and it is all payed. I have a history in international business consulting and have worked in most countries of the world and worked with most sorts of people and cultures. I did have this quality of live because my ancesters ( by de way my family tree goes back to the time of the crussades) fought injustice, worked hard, we underwent religious wars, national wars, cultural cleansing, oppression, the muslim tyranny, we in Europe created the enlightment, and we earned or high standard civilisation and I worked very hard to get here without abusse of strangers or workers. I have from my fathers home on a a history of helping abussed people of any religion or nation. So now you again.
Yes my uncle was a colonialist who had his business in Congo,he was an adventurist avons la lettre. But he was not the average Belgium, just as little as the migrants are the average what so ever.
Most poor people you mention have to blame them self, there religion and leaders, but are to cowardly to change there world and own future.
Let the real Syrian refugees temporary take refuge in the west but they have a obligation to their own culture and people and can not relay on a free ticket because the got the luck to get over here. All the rest of migrants and illegals have no right to be here and only bring problems and criminality, they should be sent immediately back.
The west can not maintain 7 billion people even if it wanted.
When the Belgium left Congo around 1964 each small village had dispensaries, schools, routes, there was no quarrel but they tought they could do it. At that moment Azia was far worse as Africa, now Azia is top of the world, educated, reasonable peacefully, organised, few tribales disturbances and Africa is a lost continent.
If I was forced to stay on an Island with one other gay for a long time I would prefer ( under conditions that there is no drug or alcohol) an African , no American, no latin, no chinees, and certainly no muslim. Do read « the blood river »
The same is for the middle east and muslim countries but because of their intolerant, discriminating and agressive religion. Understand my right as a person they could have been nice they are only brainwashed by their intolerant unworldly attitude and this is even among their own and in between family and among men and wive.
But here you need to have read their books and a lot of scientific reference books and about this ancient moon religion
The same is about the crusade . The , slavery and invasions from day one are well documented, but again you need to read and study. One example of the muslim crualty Mohammed started from a little town in the dessert 30 documented wars in the last 9 years off his cruel live a in surplus destroyed hunderds of villages,and robbed tauzends off caravans. Raping, killing, enslaving, mutulating innocent people in the surrounding . He started in those days the violent coercion religion expanding every where. Installing, as he only “religion” even a war tax off 20% on all the war booty they could get their claws on. A guy who stole the women off his wn sun. The crussade was legal selfdefense and I ame proud to be a decendant off those who fought them beasts. I will not take back what is clearly and undisputable proven by historians, it is maybe not politic correct but is is scientific correct that matters. I am wonder if I gone hear someting more from you.

We all hope so but Russia.

HTS were never part of the agreement and they would never abide by it if they were so why are they complaining.. They should be getting the shit bombed out of them since day one of the agreement.

“The Al-Fateh al-Mubeen operations room, which is led by al-Qaeda-affiliated Hay’at Tahrir al-Sham (HTS), includes a number of Turkish-backed factions from the National Front for Liberation and the Syrian National Army.”

The Al-Fateh al-Mubeen operations room are not led by HTS, they’re led by Turkey because Turkey holds the purse strings.
This was Turkey’s answer to a lack of coordination between the rebels and opposition groups.
The group was formed to help coordinate operations between HTS and Al Nusra and the Turkish backed NFL, and they also were responsible for handing out all the old weapons and equipment that the Turkish backed NFL, SNA, FSA, SLF no longer wanted, and they could do that because the Turks had given them newer stuff to use .
And the Kurds have repeatedly accused Turkey of supplying MANPAD’s to the Turkish backed SNA rebels and to HTS as well, so to say they’re led by HTS is nothing but propaganda, shame on you Russia and SF.
HTS and Al Nusra can only get their weapons from Turkey now, there is no other supply line, Turkey gives the new stuff to the moderate opposition NFL/SNA/FSA/SLF, and the moderate opposition give their old stuff to HTS and Al Nusra courtesy of the Al-Fateh al-Mubeen operations room, that’s how it’s been working since the middle of last year.