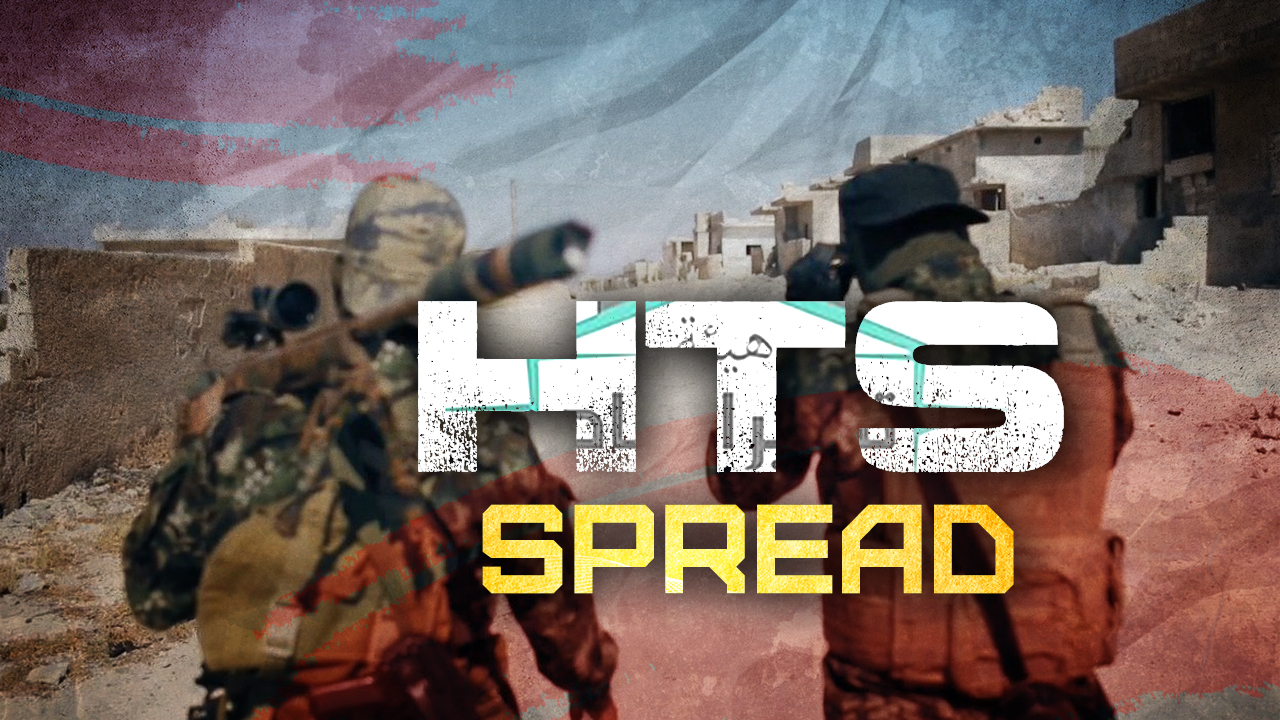 On June 18 afternoon, a force of al-Qaeda-affiliated Hay’at Tahrir al-Sham (HTS), the de-facto ruler the Greater Idlib region, entered the Turkish-occupied area of Afrin in the northern countryside of Syria’s Aleppo to support the Ahrar al-Sham Movement which is currently under attack by another Turkish-backed faction, the al-Shamiya Front.

According to Syrian opposition activists, HTS captured the key Xezwe crossing with Afrin after a brief battle with the Turkish-backed Syrian National Army (SNA). Both Ahrar al-Sham and al-Shamiya are factions of the bogus coalition. However, Ahrar al-Sham is currently allied with HTS and even considered to be a mere proxy of the terrorist group by some SNA factions. 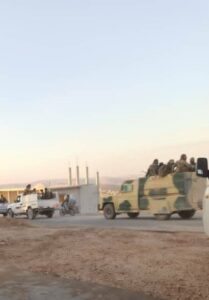 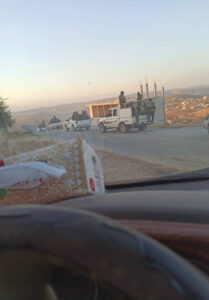 Prior to HTS’s surprise attack, the SNA closed Xezwe and another crossing linking Greater Idlib with Afrin and the rest of Turkish-occupied areas in the northern Aleppo countryside. The step was meant to prevent Ahrar al-Sham from brining in reinforcements from Greater Idlib.

Some activists said that HTS used heavy weapons during its attacks on Xezwe and that its fighters were carrying the banners of Ahrar al-Sham. However, these claims are yet to be confirmed.

Al-Shamiya launched its attack on Ahrar al-Sham in the morning. Its militants attacked the villages of Tall Battal and Abla near the town of al-Bab, where Ahrar al-Sham maintains a key positions. Clashes are still taking place in the two villages.

The Syrian Observatory for Human Rights said that three civilians and four militants have been killed since the beginning of the battle.

The battle between Turkey’s proxies come as the Turkish military is preparing to launch new operation against Kurdish forces in the northern Aleppo countryside.

Without a direct intervention from Turkey, the battle between al-Shamiya and Ahrar al-Sham could drag on for days. HTS could also move deeper into Afrin. The battle, which has already displaced several families from Tall Battal and Abla, highlights the absence of law and order in Syrian areas occupied by the Turkish military and its proxies.

In which country. Who painted You.

Russians should discard and abolish whatsoever deals and agreements it’s made with US Turkey n Israel regarding Syrian issues, let Syrians together with its Arab friends and Tehran decide how to eradicate the presence of these unwanted cokroaches.

Actually i think Russia’s secret partnership with Turkey (making deals behind closed doors) is to have Turkish proxies turn on their allies HTS and AASham. This will grant Turkey some territory and Syria some territory. The Russians asking the SDF to join the SAA will also give territory to Syria. The fact that israel is nervous with Turkey also adds evidence to what i am saying. Israel’s proxies are now being screwed by Turkey and Russia in a secret deal. Israeli’s are not safe with Turkey.

Thats no secret deal. The main problem is none of them involve the people living there. Thats ignorance.

There is no partnership. What a joke.

There are no Syria and Syrians. Assads has less then half inside his military border supported by Russia, Iran and hesbollah.

They are the unwanted main cokroeaches. The rest seemes to be a step better tnen them.

Work AT Home
Reply to  Viktor

Cash manufacturing easy and fast strategy to figure partially time and procure further 15,000 or a lot of over this on the web.oip02 by operating in my time beyond regulation I created 17990 in my earlier month and I’m exceptionally cheerful currently as a results of this work. You’ll try this presently by follow subtleties here…… 𝐜𝐚𝐬𝐡𝐬𝐢𝐭𝐞.𝐭𝐤/

Last edited 17 days ago by Work AT Home
-1
Reply

Let them finish each other. hahaha

I’ll be honest. When I read the headline I had no idea what the fuck who was doing to who. I need a scoreboard.

Who would have thought that terrorists would begin to fight other terrorists for the spoils of their warmongering. This kind of thing is inevitable. Soon the SAA will be coming to their town to end their fiefdoms.

Erdogan should work with Syria and not try to conquer it to resolve his Kurd problem. The Syrian gov’t have previously been very fair to the Kurds, yet that didn’t prevent them from being stabbed in the back. So it seems both Erdogan and Assad have a bone to pick with whoever is running the Kurd admin.

The Kurds went for broke for land to call their own. Trouble is, it belongs to somebody already. The Kurds are providing an excuse for Turkish troops to invade northern Syria, which of course is what the USadmin wanted. As far as they are concerned, the more destruction and chaos the better. One would have thought the Kurds would have learned a lesson about US promises in Iraq.

Nothing of that kind might happen before Assad and Erdogan are dead.

Kurds are providing nothing. hey not even participated in the uorise against and as second choise liberated their own part themself as milisia.

Turks supported ISIS and orthers hard with free entrence by soldiers and money as well.

Its very impressing any can write away the Turkish repsonsabilities which has been there unsolved since 1923.

None could see it then. But it was a big mistake Turkey got most of those Kurdish parts. A better solution might have been they belonged only to themself as many smaller tribe areas.

The mistakes was made by the winners of WW1 but the local has done no sober corrections.

The Kurds are now supported by the isreali apartheid regime and the US regime, who both formed ISIS and unleashed it on Syria. The Kurds may well have cleared their patch of ISIS scum but they are happy for the rest of Syria to fall. A Syria that has treated them well in the past when others regarded them as terrorists.

The British empire used to own half the planet, but now they don’t. Times change and people have to change with it. Kurds trying to take Syrian land whilst Syria’s back was against the wall is as wrong as letting the Turks take Syrian land as their own.

Kurds would be better served cooperating with Damascus and stabalising the country first. From there anything is possible. The route they are going, only a few things are possible and they are just as bad for the Kurds as they are for the Syrians. The US and its local bully will make sure of that.

Stupid Arabs fighting each other for their Turkic masters. Just pure pathetic.

They got an oasis of peace and good will and devastated it and now fight among each other like the hellish beasts they are. No to fascism!

Turkey has thousands of soldiers in Idlib why dont they do some assassinating’s to show HTS who is boss?