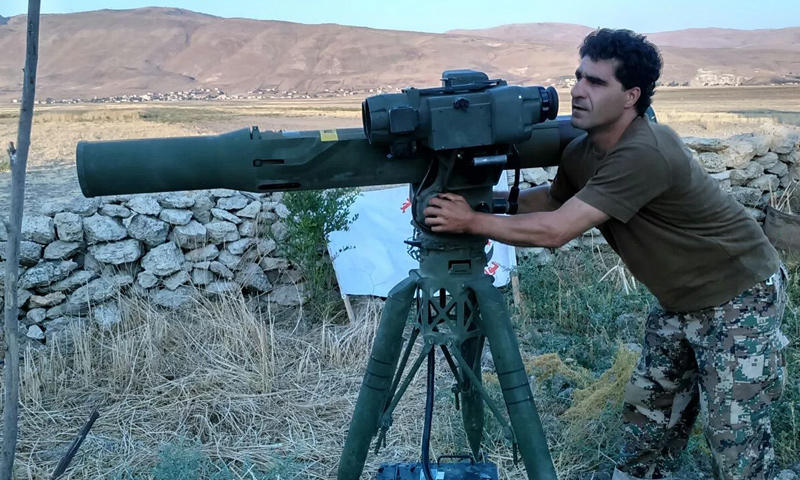 Abu Sa’aed was arrested in his house in Kafir Nubul town in the southern Idlib countryside side. Opposition sources claimed that he is now in HTS’ infamous al-Iqab prison in Jabal a-Zawia in southern Idlib.

Abu Sa’aed is a fighter in the US-backed Free Idlib Army that supported HTS last attack in the northern Hama countryside in 2017. HTS didn’t reveal yet why Abu Sa’aed was arrested.

Abu Sa’aed is also a friend of Suhil al-Hamoud, another FSA TOW operator who had been arrested by HTS for more than a week in May 2017.

Lately, HTS is busy securing its newly gained position as the strongest force in Idlib province. HTS arrested thousands of people in Idlib under a variety of charges like working for ISIS or the Syrian Government or even Turkey.

The will release him in a week, he will claim to have escaped and the next batch of 6 missiles will wind up in the hands of HTS. Funny how this seems to happen.

This is why they do things like this and they didn’t say anything about him being a member of ISIS , that is like saying Al Qaeda no difference. The US is using this as an excuse to send arms supplies to HTS.