Military commander of Hay’at Tahrir al-Sham (HTS) in the southern Aleppo countryside, Zubair al-Turkmani, told the Ibaa news network on October 27 that HTS fighters had shelled a gathering of Syrian Arab Army (SAA) troops near the town of Khan Tuman, which is located northwest of the city of Aleppo.

“We also detected a sniper of the Nusayri army [Jihadi term for SAA] on the same front and targeted him with an SPG-9 shell killing him and injuring others,” al-Turkmani told HTS-linked Ibaa.

Al-Turkmani did officially acknowledge that HTS is violating the Russian-Turkish deconfliction agreement and vowed to retaliate against any “movement” of the SAA in the area.

Earlier this month, HTS released a vague statement regarding its stand on the deconfliction agreement. In the statement, the radical group vowed to continue its war on the SAA, but at the same time it thanked Turkey for its efforts to find a peaceful solution.

The recent HTS attacks and al-Turkmani’s statement indicate that HTS is now closer to rejecting the deconfliction agreement than before. Syrian opposition activists had previously warned that the “radical wing” within the group, which includes foreign Jihadists, is working to sabotage the agreement, likely to guarantee its survival. 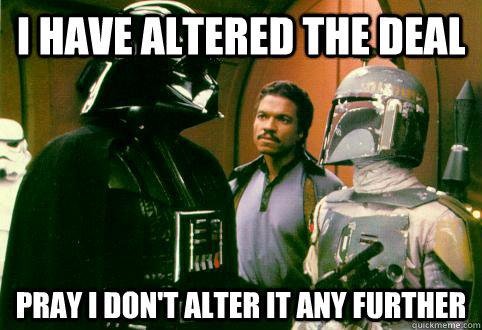 Turkey is the country that sponsored all terrorists from day 1……99% of ALL fighters came through turkey….turkey bought 99% of isis oil,hence bankrolling the islamic state…

Stop with your fucking nonsense of turkey helping syria….if u really believe that turkey will fight just 1 jihadi , you are either totally insane,GAGA….or u r taking to many drugs.

Erdogan…. America tried to Topple him…and started Supporting & Arming Turkey’s Enemy the PKK, YPG, SDF… Erdogan got Angry Kicked NATO out of Incirlik… so they had to go to a Desert in Jordan… He was waiting since 14 april 1987 to become a Member of the European Union… never happened… Turkey started lookin’ for New Buddies…also because he Realised the West was Losing…and found Russia & Iran…

Yeah Turkey Supports Headchoppers..Bought Oil from ISIS to ship it to IsraHell & Elsewhere…. Kicked the Kurds out of the Afrin… and the North if Syria…. made an Agreement with Putin concerning Idlib….to prevent another Fake-Chemical-Attack… This Agreement is Failing at the Moment so Russia the SAA & Turkey can clean up Idlib soon… FSA is on the side of Turkey and already Infiltrated in Idlib which makes it easier to start Killing the rest of the Headchoppers when the Final Battle for Idlibistan starts… Turkey needs a Good Relationship with Syria against Future Attacks from the PKK YPG SDF

At the moment Turkey, Russia and Germany want New Elections in Syria to give the New Government Legitimacy…. which is a good thing…. Who will win do you Think? My Bets are on Assad…..and ofcourse we got this Geo-Political-Chess-Game in The Middle-East at the moment…. True it is a complicated story all & all and we can only speculate about the outcome… But I see a Greater Middle East in the Future…

Both… in the first place he must have been pretty nervous having to go into the Consulate…He was “Wired” with a smartphone… possible linked to Turkish Intelligence…. inside the Consulate their must be microphones too….plus the Turks are tapping all the Phone Lines…. the Wahhabis probably didn’t realise this or simply didn’t care in their Arrogance… It was a set up…Decoy-Khashoggi was simply sacrificed by Turkey for the Greater Good, they could have warned him… is how I see it…

Soon Erdogan will have to admit that rats (Queda, Daesh etc) leave us no choice but to eliminate them. Mr. Putin was kind to remind him that those who don’t oblige to agreement will be exterminated.

I want action. Putin’s words are getting threadbare in my ears.
All alphabets were and are Turk jackals from Day One. Russia and Syria need to torch them all NOW.

Al-Queda in Idlib must end these criminal attacks or be bombed into oblivion.