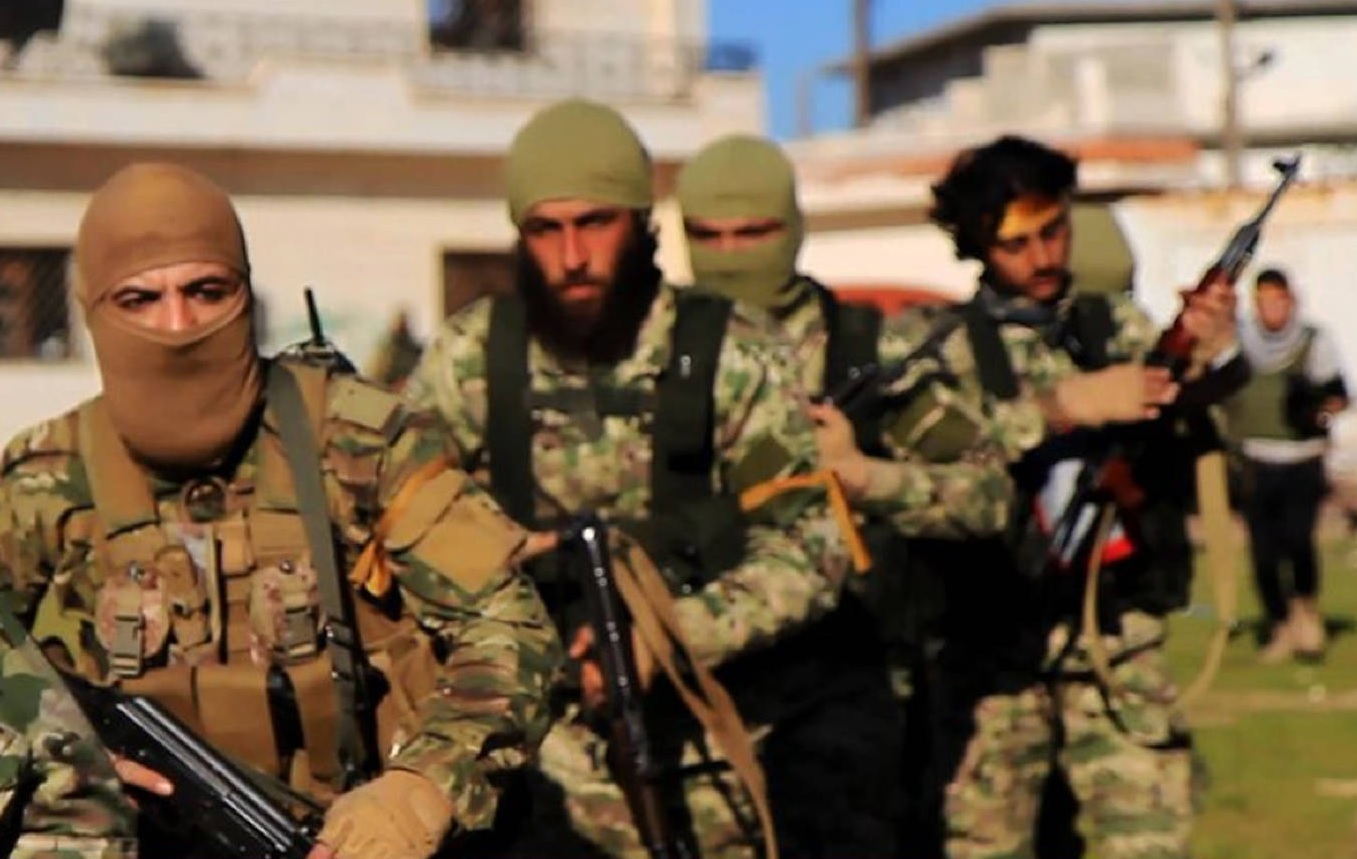 Hay’at Tahrir al-Sham (HTS), al-Qaeda-affiliated groups and factions backed by Turkey have formed a joint operations room in the northern governorate of Idlib, Nedaa Syria and several other opposition sources reported on May 10.

The new operation room is reportedly headed by HTS, which controls over 90% of Idlib territory. Many groups from the Turkish-backed National Front for Liberation (NFL) coalition have joined the room, despite the presence of al-Qaeda-affiliated groups, such as Horas al-Din.

Naji Mustafa, a spokesman for the NFL, told Nedaa Syria that the joint room will command all offensive and defensive operations in Idlib and its surroundings.

“The military room aims to repel the Russian attack on the northern areas of Hama by the factions in general, in addition to avoiding previous mistakes,” the pro-opposition outlet quoted Mustafa as saying.

Few hours after the formation of the operations room, HTS and its allies launched an attack on the positions recently captured by the Syrian Arab Army (SAA) in northern Hama. The NFL is actively supporting the attack. However, it is unclear if the attack is commander by the new operations room.

In the last few years, Idlib factions formed several joint operations rooms. However, they failed each time, mostly due to HTS’ attempts to impose its will on all other groups.

Good then it will be joint graves also

An desperados desperate attempt for nothing.

Not GraveS. One big hole, preferably left by one large missile strike on their HQ in Idlib.

I miss their leader Erdogan, don t be a pussy Tarik show you are the men, walk the talk.

He is busy with election fraud

Russia: In vieuw of this, how credible can Erdogan stay in your eyes? Or how far will you bent for him ? Are you really willing to be taken pants down by him, lost ou all honour, be raped might look tactically good but strategic it is a Clair stupidity in any sence.

You are very worried about the Russian-Turquish relations. By the way, your Company put Telesur in this moment out of the NET. Are you desperate?

I give a f*ck for Turkish – Russian relations.. I find Erdogan one of he most despicable creatures, let along human. I have some sympathy for Putin and a lot for Russians but I love the humanity, world and can not stand injustice. I find it appealing that Putin is humiliating his people and nation for a prick like Erdogan and all that to gain a temporary Turkish onenight stand love. The rest of your “argument” is ballocks and not relevant.

Some of you, of the propaganda division, are going to finish in the madhouse singing a strange mantra: ‘I am Putin, I am Putin’.

Thanks, must be and at least one is clear but that politic rooster behaviour happens despite humanity, peace and in the end despite the Russian people. Erdogan has no friends and there is a reason why. I would be glad to get rid of that traitorous dictator and hope he gets befriended with the enemy, he will cause him more problems then pleasure.

“despite the presence of al-Qaeda-affiliated groups, such as Horas al-Din” so by now HTS is not al-queda anymore? Does they expect us to swallow it?

it’s been their game since they changed name, most likely under US suggestion.

there may be some donkey around that believes it, but again, donkeys don’t fight well, and run away as soon as they realize how it is like to be shot at.

hts is scary.come on russia and syria bomb the hell out of theme.they like it like scary bastards.

Confirmed: DPRK tested recently tested 2 short and medium range ballistic missiles with evasive capabilities to counter missile defenses, and tactical nuclear warhead compatibility So US would be extremely unwise to start a war against them in the future

HTS impose its will, HTS controls 90% of Idlib, WHO THE HELL BELIEVES THIS CRAP. HTS couldn’t impose their will on a hypnotized drunk even if they tried, and HTS only control the territory that Erdogan doesn’t want, and they wouldn’t even control that if Erdogan abided by the Astana agreement, which he doesn’t. I don’t believe a single thing we’re being told about HTS, I think we’re all being duped, the NFL and the FSA are the real threat the SAA is facing now, not HTS. HTS is being portrayed as the biggest and baddest of the bunch, but the reality of the situation is the complete opposite, they’re vulnerable and weak, that’s what they are. If the Russians, Turks and their 2 proxies the NFL and the FSA, would all stay out of the fighting, and it was only just between the SAA and HTS, I don’t think HTS would even last 2 full weeks before they crumbled, and I know a lot of people would say I’m full of BS for saying that, but the proof’s in the pudding, it’s been done before. The Daraa/Quneitra campaign had about 40,000 rebels both HTS and FSA, and the SAA had about 60 to 70,000 soldiers as well as Russian air support, the rebels were fresh and well equipped with heavy weapons, tanks and artillery, and had a lot of support from the locals. Now we officially have 20 to 25,000 HTS [I personally think 30 to 35,000] and over 100,000 SAA, that’s way better than it was during the Daraa/Quneitra campaign, and the rebels here are bunkered up and demoralized with very little logistical support, and a quickly diminishing relationship with many of the locals, it’s all stacked against HTS here in Idlib, it’s not better than it was in Daraa, it’s far worse here. So why are HTS sounding so invincible lately, is it because they’re taking the same magic potion that the Isis fighters at Hajin were taking, maybe that helps explain it, nothing else does. But Erdogan has at least 40,000 proxies in the FSA and the NFL, all well equipped and trained to a point where they can easily chop a 10 year old boys heads off, I think they’re a much bigger threat than HTS is, and they’re already proving it by killing more SAA soldiers than HTS did in the latest few round of fighting. HTS a powerful threat, what a load of BS.