It’s now clear to nearly everyone that U.S. President Trump intends to seek warmer U.S. relations with Russia, while putting China and Iran relations in the deep freezer. Trump has made no secret of this major shift in policy. It’s also clear that he sees China, very much like Obama, as a major threat to U.S. global leadership.

Trump has often stated that he thought the Obama sanctions on Russia was catastrophic for the U.S., resulting in only pushing Russia into an alliance with China, a fear that many noted policy experts have echoed. For Russian energy companies, it means the doors are cracking open again for business.

Russia is again a hot topic on nearly every news site. And the topic has become even hotter with the U.S. election of a Putin-friendly president, who seems ready to share responsibilities with Russia for organizing the world’s response to global terrorism.

In a world where Trump seems to have a strangle-hold on the daily news, his energy friendly policy ideas are well known: reducing regulations, opening restricted government land for leasing, rejecting climate change, and bringing back to life rejected pipelines such as Keystone XL.

But hardly anyone expected the announcement that rocked the entire U.S. establishment, the nomination of Exxon’s CEO, Tillerson as Secretary of State in the new Administration. Even veteran political analysts were caught off guard, unaware that for the first time an oil industry leader was being considered to take the helm at State. Further upsetting many Trump opponents is Tillerson’s long and successful relationship in Russia with President Putin.

Suddenly the world is full of angry politicians, some who hardly know Tillerson, others who have happily received donations from his company, now castigating this life long Texas Republican as a Putin-crony, despite the fact that his relationship with the Russian President was often stormy and contentious.

But for the oil industry Tillerson’s appointment went beyond their wildest dreams. With this single act, Trump has established that his Administration may be one of the most oil industry friendly in history.

For over a decade, Exxon has had large investments in Russia, starting out with the development of oil and gas reserves in the far Eastern region of on Russian Pacific Coast, in the frozen wasteland of Sakhalin Island. In partnership with Russian-controlled companies giant oil companies, the project started off well enough, with Exxon pioneering the discovery and development, with a ready and interested buyer in Japan close at hand, offering the second largest energy market in Asia. Solidifying the deal, two of Japan’s major oil companies became partners in the venture.

But soon thereafter, the Kremlin passed new regulations that restricted foreign companies from owning a controlling interest in Russian energy ventures. After months of painful negotiations, Exxon was forced to sell down its controlling stake and become a minority owner to its former junior partners, Gazprom and Rosneft.

Although forced to comply with the new rules, what Exxon had demonstrated was that it could open up the Russian markets to high tech western companies, and make billions in the process. Almost all the other western oil giants were soon to follow suit, including Shell, Chevron, Conoco, BP, Eni, and Total, bringing the finance and technology that Russia so badly needed for the development of large scale projects.

Consider that Exxon, with its deep pockets and more than twenty years of experience in the Alaskan Arctic, is the most technologically advanced oil company in the world. The company brought much needed technology to Russia, where it partnered with the Russian giant oil company, Rosneft, for Arctic drilling.

In their very first effort on the Russian Arctic shelf, where Exxon is believed to have invested around $1 billion, the companies struck oil in a reserve estimated to hold some 750 million barrels of oil, with a market value of some $40 billion, at today’s oil prices.

Consider the significance of that project to Exxon, with Russia, as the largest country in the world, laying claim to the largest section of the Arctic, a region estimated to hold some 35 percent of the world’s remaining energy reserves. With Exxon now emerging as the key energy developer of the Russian Arctic shelf, the company saw the potential for leap frogging its competitors in becoming the chief developer of Arctic energy sources.

Unfortunately for Exxon, the project had to be abandoned because of the onset of sanctions on Russia. It’s well known that Tillerson, who publicly objected to the sanctions, made his complaints directly to the Obama administration.

In his recent Senate confirmation, Tillerson voiced harsh criticisms of Russia, that some observers felt were only newly invented for the sole purposes of easing his confirmation. He took particular aim at the Russian take-over of Crimea. This, despite the fact that Exxon and Rosneft have plans to exploit development of the Black Sea’s vast offshore energy reserves, something that could never have been possible without a Russian Crimea that enabled Russia to lay claims to large territorial rights on the Black Sea.

He also responded that he would not attempt to ease U.S. sanctions against Russia. Yet, observers are also suspicious that he may never have to do so since the sanctions are due to expire in March. There is little expectation of sanctions renewal by the Trump Administration.

Instead, a major part of the Trump Administration foreign policy will be to normalize relations with Russia, while advancing oil industry interests. Tillerson appointment to the post of Secretary of State is seen by many as a key part of that strategy.

At base, a major part of the job of the State Department has always been as advance guard for U.S. business. In that sense, a businessman as Secretary of State makes some sense.

It also could make sense to have an oil industry leader at the helm when we consider that much of the geopolitics of the world revolve around oil, particularly in the hottest conflict areas of Eurasia, where the U.S. and NATO have been embroiled in war for the past generation.

His confirmation could be seen as a Trump-sponsored “get out of jail card” for Putin. Already the EU seemed to be reading the writing on the wall. Suddenly Gazprom proposed pipelines that had been stalled for more than two years are being approved in Europe.

At a time of rising oil prices, Tillerson’s appointment will almost certainly spark renewed investor interest in Russian energy assets, particularly Rosneft, one of the most undervalued oil industry giant in the world. How undervalued? For comparison, consider the fact that although Rosneft’s reserves are greater than Exxon’s, Exxon’s market value is seven-fold greater than Rosneft’s.

At the same time, as a state controlled company, Rosneft provides several advantages for Exxon, a company that has serious problems in replacing its reserves. These include Rosneft’s privileged, and exclusive right to reserves in the Arctic. Only Gazprom, the other state controlled energy giant, has similar exclusive rights, and is also likely to benefit from the Tillerson appointment.

His mother is frozen wasteland, Sahalin is not. 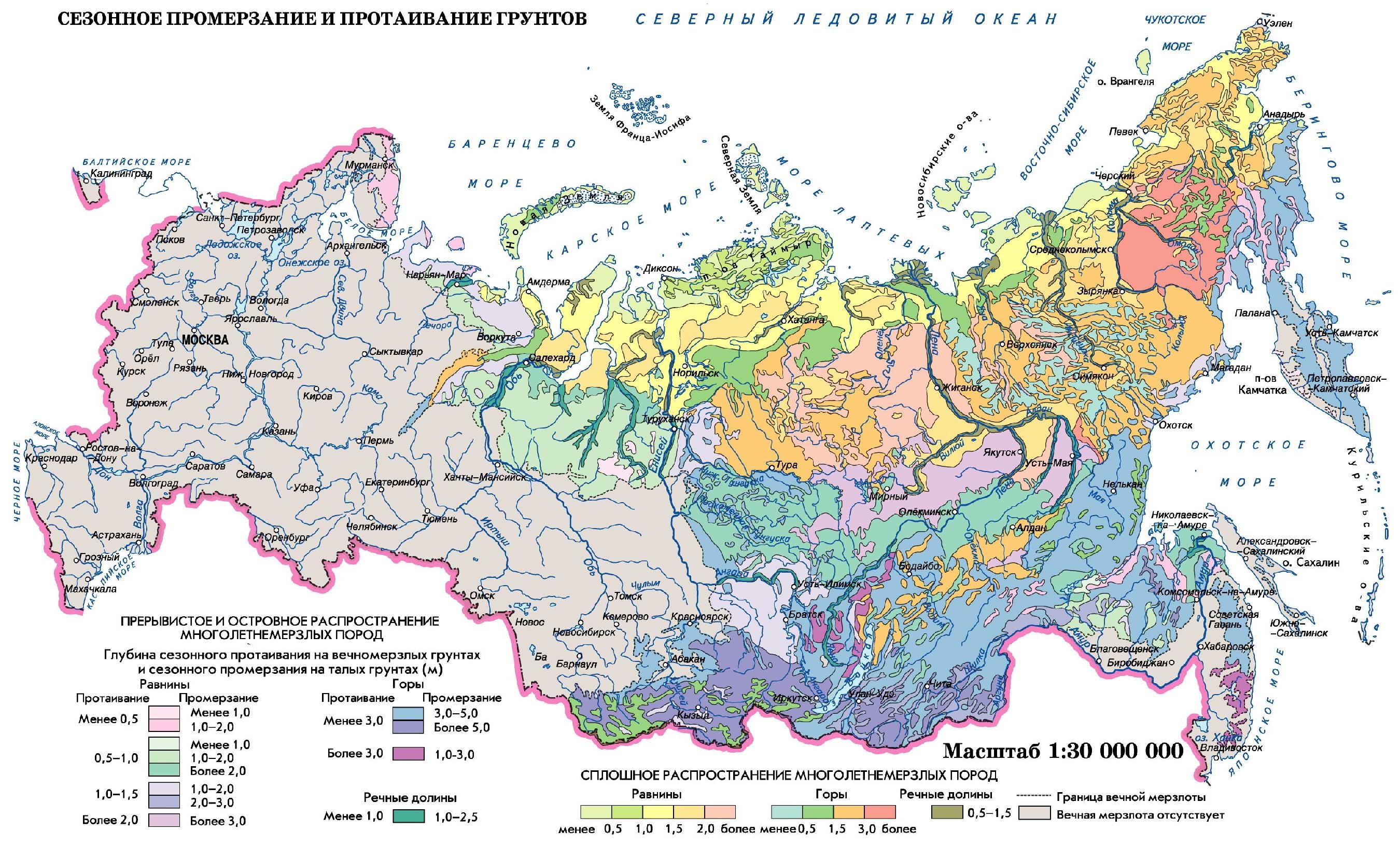 Russia would be foolhardy to abandon its alliance with China and Iran, if that is the price the US will demand for improving relations. Russia needs long-term strategic alliances, not relations that oscillate between friendship and enmity with each change of administration.

Russia did this in 90ties. And the western countries betrayed it. Also Putin supported America in the beiginning. The Afghanistam mission would be harder for the US without russian support. The answer was pushing f NATO borders closer to Russia. I lived in West germany, and i know there was a gentleman agreement, that NATO will not expand, if the SU removes soldier from East-Germany. The russian made a mistake: it was nat written, only oral agreement.

Russia can not trust to north-atlantic civilisation.