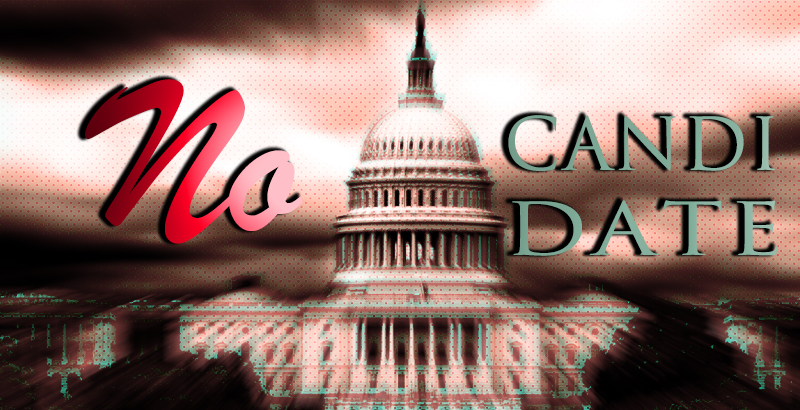 The rise of Donald Trump as a presidential candidate for the Republican Party is often compared to the victory of the Brexit supporters. This is logical as in the foundation of both phenomena lies the dissatisfaction of the population of the USA and the Old World with the elite. In other words, the politicians have closed themselves in their own little world to such an extent so that they cannot understand what their fellow citizens want at all. That is why Trump, who speaks to the ordinary Americans without beating around the bush on the most important questions, managed to win over all his competitors and just wait and see: he might defeat Hillary. And in Great Britain, David Cameron, who decided to blackmail Brussels, got a good lesson from the subjects of Her Majesty who voted for getting their country out of the Euro-Union.

For all the similarities between the two phenomena, there is one very important difference. The supporters and opponents of Brexit were divided by geography and age-principles. The young people were ‘against’ and the older people were ‘for’. Seventy-five percent of the category ’18 – 24’ want to remain in the EU while 61% of the people over 60 sent Brussels to … The more the citizens of the United Kingdom advance in age, the less meaning they see in uniting with other European states. Why do the young people think differently? Mainly for three reasons, which begin with “E”: the educational programme ‘Erasmus’ allowing young people to study anywhere in Europe; the low-cost air company, EasyJet, thanks to which young people can fly all over Europe for cents; and the Euro – a common currency eliminating the need for foreign exchange in every country. However, all those things are not so important for the pensioners.

And how do things stand with the young people in the USA? There is nothing of interest for them in the coming presidential elections. Trump or Clinton? Both are bad options. Trump’s electorate is made up of angry representatives of the lower middle class – these are mainly white men aged 45 – 64. As a whole, they do not have college education, they are poorer and less educated than the statistically-average Republican. They all feel that life is getting worse due to globalisation (the migrants take the jobs and dilute the cultural identity, the soulless corporations move the production to the Far East). More or less, this is what the supporters of Brexit look like – their education and incomes are lower than those who wanted to remain in the EU. If the retrograde adults vote for Trump, then maybe the young progressive Americans will vote for Hillary? As a matter of fact, they won’t. The statistic is merciless for the former Secretary of State. Only 11% of her electorate is aged 18 – 29. The biggest group of her supporters is those who have already passed 65. Regarding the ideology, this group is not particularly advanced – only a quarter of Clinton’s supporters state that they are “very liberal’. It does not look like the typical voter for Hillary is a young man with a passionate heart. This circumstance could dearly cost the candidate of the Democrats. Barak Obama won thanks to a very simple and clear slogan: “Changes”. In 2008, the Americans elected a young (47-years-old) and unusual (black) president. Hillary does not have any of these qualities. She is already 68 and the Clintons surname is less of a benefit than a problem – the Americans are not ecstatic about the fact that relatives are changing in the White House. And let’s not talk about the chain of scandals that Hillary is dragging behind herself like a train – the killing of the American ambassador in Benghazi and the use of a private email for business purposes…

And the young people? With the typical-for-their-age passion, they supported another Democrat: Bernie Sanders. He is 74, but the young people like this. Yes, he is an old school, but at the same time he does not resemble anything of the worn-out politicians. Hillary is accused of being extremely cunning, while Bernie is quite sincere: “He spoke about legalising grass and other similar stuff and then I thought ‘oh, this guy is worth it!” That’s how a Sanders supporter described his first meeting with him. And to make the picture complete, we must add that the speech of the politician that impressed the youngster so much was at a reggae festival. More than half of Sanders’ supporters are young people as 35% of them are not older than 24. This exactly is the difference between the presidential election in the USA and Brexit. The young people, even now before the elections, are the losers. They have no one to vote for. The hope of team-Hillary that the Sanders’ supporters will listen to his appeal and support the winner in inter-party competition did not materialize. Those who were for Bernie booed this appeal. This is not a surprise. Studies show that almost half of Sanders’ supporters are not ready to vote for Clinton.

We can make two conclusions from what has been stated so far. First: Trump has all the chances to become a president. It seemed unthinkable until recently, but in the same way, few believed that he will be the candidate for the Republicans; that Sanders will fight fiercely with Clinton to the very end; and that Great Britain will leave the EU. Second: it is a fact that the American political system is in a deep crisis. Neither the Democrats nor the Republicans managed to bring up a candidate to unite the nation. The opposite – both candidates became the reasons for inner-party division. Whoever becomes the 45th president of USA, will seriously have to consider resolving this problem.

The opposite. This is the first election in 100 years in the USA where the young are not only excited to vote! We are having a democratic revolution against the Zionist system right now. And many who have never voted before are choosing to vote now. We are ending the establishment, and voting Trump! Not only that, the young Bernie supporters are behind us by 70%! https://www.youtube.com/watch?v=vQ1Udo-BR7Q

Why does this article, which supposedly analyzes the U.S. electorate and its voting patterns demographically, say nothing about one of the most important issues in U.S. elections – race – and how it affects U.S. politics?