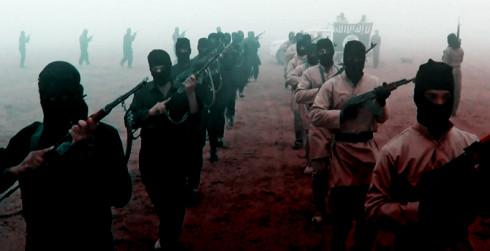 The Islamic State is one of the most brutal terrorist to ever exist. But they would be no Islamic State without the intervention of the United States and its allies in Iraq. An invasion based on fabricated information about Iraq having weapons of mass destruction, which was later proven to be false and fabricated by the West to steal the country’s resources.

In 2003, the United States won against Iraq’s army and Saddam Hussein was toppled. The United States declared victory and many Iraqis celebrated in the streets. Of course, the conflict was not over in the region and the war lead directly to the creation of the Islamic State in 2013.

How did the creation of the Islamic State happen?

First of all, foreign military occupations will always lead to violent insurgencies. Only weeks after the fall of Saddam Hussein, the United States Army went from hero to brutal occupiers. For example, on April 29, 2003, in Fallujah, the US Army shot at a peaceful crowd of protesters and killed 15 innocent people and wounded at least 65 others.

In the now famous prison of Abu Ghraib, the US military put hundreds of Iraqis, many of them completely innocent and tortured them in horrendous ways.

Once again, the United States brought pain, death, chaos and misery on its path, which pushed thousands of Iraqis in the arms of extremist groups.

To make sure the country would be in absolute chaos, the United States decided to completely disband the Iraqi Army overnight. This led to the unemployment of half a million Iraqis, who were already angry at the United States for destroying their country. These Iraqis were also armed and well trained. These Iraqis became recruits for the insurgency.

It is not surprising that much of the Islamic State’s senior leaders were former Iraqi army officers.

How did the Iraqis become radicalized?

The US made sure that extremist ideologues were put in the same facilities as the general population in their camp.

An example of this is Camp Bucca, where around 100,000 Iraqi men were detained. Once again, many of them were completely innocent. Jihadists, ex-soldiers and ordinary Iraqis were mixed together, networked, were recruited and radicalized. A former US army guard at the camp even called it ‘’A pressure cooker for extremism“. Former US diplomat Ali Khedery even labeled these types of camps: ‘’luxury radicalization centers“.

One former prisoner of the camp was Abu Bakr al-Baghdadi, the founder of the Islamic State. Baghdadi even said that in Camp Bucca, he ‘’absorbed the jihadist ideology and established himself as a leader“.

To summarize, the United States knowingly built, ran and supervised recruitment centers for extremists who would eventually create the Islamic State.

A former Islamic State commander called Camp Bucca a ‘’factory that made them all, and that it built their ideology“.

In 2011, Obama withdrew the US forces from Iraq. The United States claims it freed the people in Iraq but simply ravaged the country and destroyed countless lives.

Now, you may ask yourself, is the United States government really that stupid?

Some would say that the creation of ISIS was voluntary and was a way to create a group that would serve, in the end, the United States government’s interests.

And what else can be expected from people who believe that the death of 500,000 children is worth it for oil?

Madeleine Albright, Former United States secretary of state – The deaths of 500,000 Iraqi children were worth it for Iraq’s non-existent WMD’s:

There are also several coincidences that support the claim that the Islamic State was created on purpose:

In 2007, during an interview with Democracy Now, former General Wesley Clark said that the United States is ‘’going to take out 7 countries in 5 years: Iraq, Lebanon, Syria, Libya, Somalia, Sudan & Iran“.

A CIA document from the 1980s named ‘’Bringing real muscle to bear against Syria“, was a plan written to destroy Syria and Iran and it describes exactly what happened in Syria and Iraq.

Another coincidence is the United States armament that keeps falling in the hands of extremists.

There are also many other coincidences like intercepted communication between the US forces and the Islamic State where they coordinated attacks on the Syrian forces.

Another coincidence is the allies of the United States who provided training, money and weapons to terrorist groups. LINK, LINK

Another coincidence is when the United Kingdom, the United States and France used a supposed chemical attack from the Syrian army on civilians as an excuse to bomb the Syrian forces. Of course, the chemical attack was staged by terrorists who then provided their false evidence to western journalists. Even western propagandists had to tell the truth when reports about the incident emerged.

The famous professor Noam Chomsky, who is one of the most prominent intellectuals in the United States, claims that the US government has a long history of helping extremist Islamic groups.

There are so many coincidences that it would take me a full week to write about all of them.

But remember, these are all simply coincidences and if you think the west is helping extremists, you are a conspiracy theorist and your opinions won’t be heard in any western media.

CIA gave “birth” to ISIS in the 1980s under Zbigniew aka the Pollack… And sealed America’s and the World’s fate in 2001 with the Tower(s) with the deals that were made thereafter (http://www.911research.wtc7.net/wtc/groundzero/cleanup.html)!…

Because… Let’s face just the FACT$… The U.$. .gov couldn’t have done it without the $ilent partners of China and India… And a Russian saying this (https://theduran.com/putin-911-not-inside-job/) 3 years after Maidan!?…

That allowed the “INDEFENSIBLE” (https://www.ae911truth.org/) to happen almost 21 years later without a word from ANY of those 4 at the UN to this day!…

According to the Duran, Putin’s words were exactly these: “…Nor do I believe that the American intelligence services were the ones to organise the terrorist attacks in New York”. Many people say, that the intelligence services of another state were behind the attack. And, after all, as Duran says, this may have been a diplomatic answer.

A pollack? Do you mean the tasty North Atlantic fish?

It is a mistake to account what the Jews (in this case Madeleine Albright) and their lackeys say as what people say. These are parasites who are spread all around, making others believe they are part of a nation or peoples while in reality they are parasites sowing seeds of destruction while making a profit out of misery. And before anyone jumps the gun, I am referring to ethnicity, not religion as they are their own separate group of people.

Per my comment before yours. There are no longer sovereign Nation(s) only Central Banks!

Jesus called the rotten Jews offspring of vipers and serpents so we could call them the snake people. They are also parasites scum and serve satan, even with rituals against p[eople demanding sacrifice and blood. There is adrenochrome too.

“as one digs deeper into the national character of amerikans one sees they have sought the value of everything in this world according to the answer to a single question: how much money will it bring in?” Tocqueville

General Wesley Clark admitted ISIS was created to destroy Hezbollah. That’s why they rose in Syria and Iraq simultaneously in Iraq and Syria. If you take Syria and Iraq, Iran can’t transport weapons anymore to its allies

Loads of IDF in ISIS.

All the victimes blood is on th the CIA hands before God.