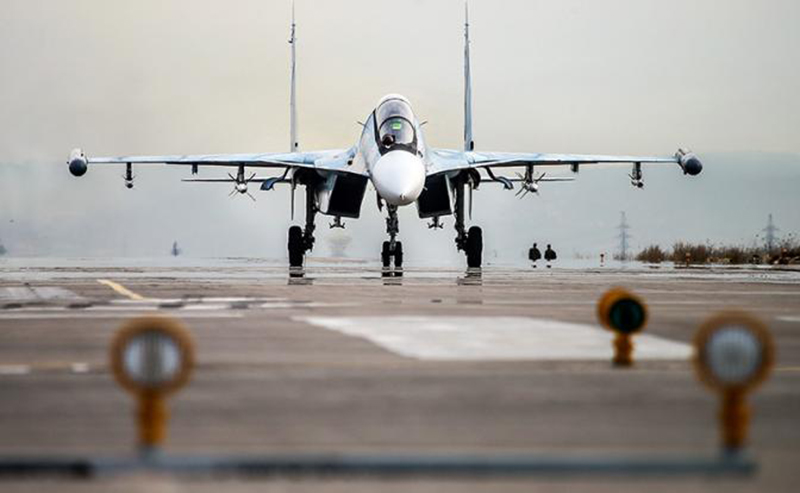 Since it’s February 23, the Fatherland’s Defender Day, it would be appropriate to analyze the initial impact of Russia’s forces in Syria. First of all, Russian aircraft have been in combat for almost five months and secondly, the Syrian campaign is on the threshold of a pause largely thanks to the Russian forces.

On Sunday, February 21, Russia’s Foreign Minister Sergey Lavrov and US Secretary of State John Kerry reached a preliminary agreement on a ceasefire in Syria. Commenting on their phone discussions, Kerry said that “the ceasefire is now closer than ever.” The US State Department later disseminated a joint statement which states that Moscow and Washington offered the warring parties in Syria to stop fighting on February 27 at midnight (Damascus time). This ceasefire does not extend to ISIS, Jabhat al-Nusra, and other organizations designated as terrorist by the UN. The statement emphasizes that Russian and Syrian aircraft will stop attacking Syrian opposition during the ceasefire.

The preliminary ceasefire conditions were agreed to by Russian and US experts in Geneva and supported by the Syrian opposition’s Negotiating High Committee which includes members of several armed groups supported by Saudi Arabia. To be sure, the committee issued a list of its own demands.

The Syrian opposition insists that Russia and Iran “immediately and simultaneously” stopped bombing the opposition and President Assad release political prisoners and lift the siege of opposition-controlled towns to permit humanitarian aid access.

Kerry noted that the preliminary ceasefire details “are still being worked out.”

Sergey Lavrov earlier stated that it was Russian air operations that led to the breakthrough in the situation in Syria. Only thanks to our military successes were the current political negotiations possible.

According to the Main Operational Directorate of the Russian Armed Forces General Staff, Russian Aerospace Forces aircraft performed 6,000 combat missions. There were also about 100 air- and sea-launched cruise missiles used. Since the start of 2016 alone, more than 150 towns in the Aleppo, Idlib, Latakia, Hama, Homs, Damascus, Der ez-Zor, Haseke, Deraa, and Raqqa provinces have been liberated.

–So how does the Russian military contribution to resolving the Syria crisis, how did Russia’s VKS change the tactical and geopolitical balance of power in the region?

–Our military effectiveness is several times greater than that of the US and its allies, says Sergey Yermakov, the Deputy Director of the Taurida Information and Analysis Center. Most importantly, there are tangible effects on the ground: liberated cities, cut supply and ISIS oil smuggling routes. Our successes are confirmed by the Western reactions: on the one hand, the West is actively promoting the ceasefire, and secondly it has put Turkey on a short leash which means we’re not about to see Ankara launch a sizable ground operation.

All of it says that our military is not defending Russia’s interests for naught, and that it is doing so quite effectively.

–How did our military operation change the geopolitical balance of forces in the region?

–Russia is now a powerful player in the Middle East. Until September 2015, the Middle East was essentially a unipolar region, and the West was seeking to extend its influence over it using “controlled chaos.” And some countries, like Turkey and Saudi Arabia, de facto profited off that chaos.

If it weren’t for the Russian operation, ISIS would have grown stronger. It would have pumped up its muscles, conquered more territory, gained access to more resources. It would have posed a danger to Syria’s existence as an independent state.

I think it would have led to Assad’s removal from power which would have satisfied Western interests. After that, one could forget about stability in the region.

But once Russia got involved in the Syria conflict, the situation changed radically. Now the traditional promotion of chaos is impossible. It means that the future of the region will follow a different course.

It’s clear that even today the Syrian conflict outcome is uncertain. But there are decent prospects for regional stability, all thanks to Russia and its military power.

–Do you believe that the current ceasefire on which Lavrov and Kerry agreed is simply a tactical pause?

–Russia and US still have different views on Syria’s future. Russian and US positions have grown slightly closer on a few matters, but overall each side has its own point of view.

Therefore the current ceasefire is not even a tactical pause. It’s a set of separate agreements among parties which represent the broad coalition against ISIS and whose tactical and ultimately strategic objectives are different. The objective is to have some of the Syrian armed formations, which some view as terrorists and others as moderate opposition, stop fighting each other and turn against a common enemy, namely ISIS.

But even that coalition will be tactical in nature. One has to keep in mind: the war is far from over, and much will depend on Syrian army’s continued successes on the battlefield…

–It is the West which is mainly interested in a pause, believes Doctor of Political Sciences Mikhail Aleksandrov, a leading expert of the MGIMO Center of Military and Political Research.

–The West is trying to tie Assad’s hands, not allow the opposition to be defeated, and prolong the war under various pretexts.

I don’t think that a negotiated agreement is at all possible in the Syrian case. It’s not even clear whom to negotiate with. The Syrian opposition which participated in the Geneva talks represented emigre circles which do not influence the situation on the ground.

Therefore it would be naive to expect the situation to be resolved peacefully, and pausing the operation in Syria over a mythical ceasefire means giving the militants a chance to rest, change positions, replenish their ranks.  In other words, it is simply yet another ruse, both tactical and strategic.

I am concerned that Russian diplomacy will once again make unilateral concessions. It is symptomatic that Russia’s UN permanent representative Vitaliy Churkin said in a recent interview that Assad ought to listen to Moscow’s advice. “Russia has made a major political, diplomatic, and now also military investment in that crisis. Therefore one would hope that Bashar Assad would recognize that,” was Churkin’s comment of Assad’s assertion of willingness to fight until victory and of impossibility of observing the ceasefire.

–So it would appear that we are advising Assad to accept the ceasefire terms. Is that correct in the current situation?

We have begun to win in Syria, we have a military and strategic superiority. The West is trying to impose a “pause” on us, and is also using Turkey as a means of pressuring us. It’s no accident that Ankara is chomping at the bit to fight, in order to intimidate us and force us to negotiate.

In my view, we shouldn’t pay any attention to the Turkish bluff but rather keep attacking until the enemy is finished off.

One has to keep in mind that the overall geopolitical balance is shifting to our advantage. While in early 2015 it looked as if we lost most of Ukraine and couldn’t even think of presence in the Middle East, now we have a real opportunity to become the region’s masters.

Defeating ISIS in Syria and then in Iraq would mean that Russia and Iran would be the dominant powers in the region. The US would be pushed off to the side.

Furthermore, we have good relations with Egypt while another powerful regional player, Saudi Arabia, is experiencing serious problems. If Syria and Iraq free themselves from ISIS, it could leave Riyadh isolated, a state in which it would not survive for very long.

In other words, the geopolitics of Middle East are radically changing. US could have shifted the situation to its advantage by launching a ground operation. But the US don’t want to implement that option, in part because they support the Islamists. Washington genuinely fell hostage to its own policies, the origins of which (if one doesn’t count the British who supported the basmachi against Soviet Russia during the 1920s) go back to the war in Afghanistan, where the US supported the mujahedeen in the 1980s. This policy meant the West began to create terrorist quasi-groups in order to change the geopolitical situaiton.

That’s why the US doesn’t want to defeat ISIS. And they are also very afraid we will accomplish that defeat, thanks to our skillful military operations in Syria.