Russia is going to create a full-fledged military base in Syria, expanding its Hmeymim Air Base, and deploy a permanent contingent of the Aerospace Forces there. 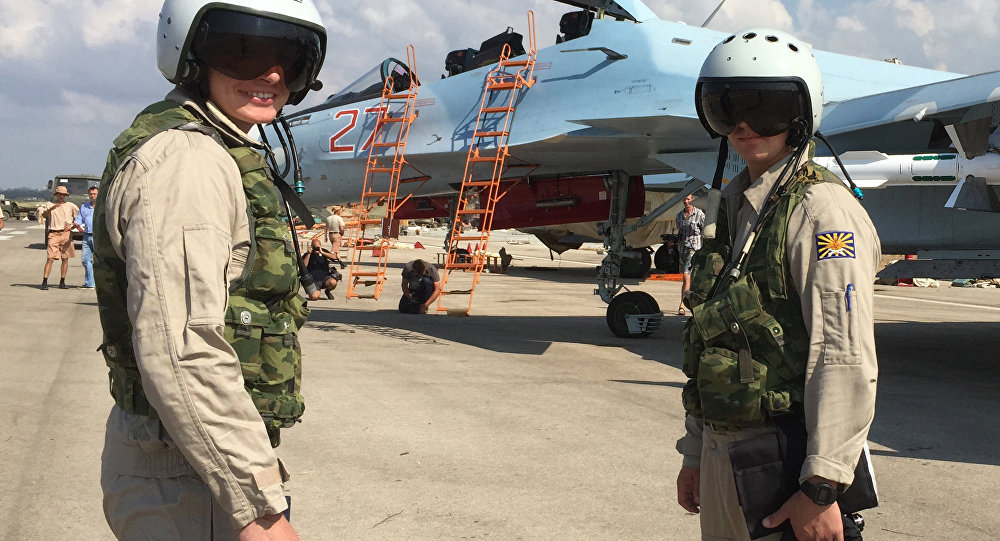 Russia plans to create a full-fledged military base in Syria and deploy a permanent contingent of the Aerospace Forces there, the Izvestiya newspaper reported on Thursday, citing First Deputy Chairman of the Council of the Federation Committee on Defense and Security, Franz Klintsevich.

At the same time, an informed source in the Russian Ministry of Defense told Izvestiya that military intend to substantially expand the existing infrastructure of the Hmeymim Air Base, creating opportunities for deployment of heavy aircraft, as well as to build a full-fledged military town for military staff. Experts believe that the extension of the Russian military presence would be beneficial to the situation in the region, despite the inevitable Arab monarchies’ discontent.

According to Klintsevich, the expanding of the infrastructure of the Hmeymim Air Base have been planned since the end of 2015, but its implementation was postponed until the “status of the object was determined.”

Russia plans to expand parking area for aircraft because there were problems with the placement of warplanes “in peak days.” Extra artificial hills will also be added to secure the warplanes in case of shelling.

The source also added that it is possible that aviation squadrons will be stationed in different areas of the air base for improving the security. “Currently, there is one big ‘parking’ there,” the official said.

New radio equipment, including air traffic control systems, will be also deployed to the base. In addition, sites for the Pantsir surface-to-air missile and anti-aircraft artillery weapon systems will be arranged on the base. Their mission will be to provide air cover for the Hmeymim Air Base.

The expansion of the base also provides creation of a special area, assigned for loading, unloading and servicing of the Antonov An-124 Ruslan transport jets, so that they don’t get in the way of other aircraft.

According to the plan, stationary objects in the garrison: barracks, canteens, and hospital will be also built on the military base.

Professor Nourhan El Sheikh of Cairo University said that Russia’s increased military presence in Syria will have a positive effect on the region.

“Russia is the only international player that is genuinely fighting terrorism,” Izvestiya quoted her words. “The US and other Western countries have put on a show and they have nothing to show for it.”

That is going to be one impregnable airbase. It will be a tremendous reassurance to the good people of the entire region.

What was supremely elegant was that the announcement that Syria has donated the base to Russia came on the day of the Erdogan meeting in Moscow, the same day that Putin formally proposed to the Duma that Russia establish its base permanently. So the whole region was assured that no secret deals were happening with Turkey to the detriment of Syria, and that Russia’s commitment remains unbreakable, and that she and Syria are true friends.

This is the impression I have too.

What I find interesting is that Incirlik and Latakia are only about 115 miles apart. That’s less than 5 minutes by fighter. I hope they remain on the same side for the time being.

They have their own machines: It’s called Vodka =P

folks, u gotta take into account that israel was totally pissed off by the russian EW stations in syria, since they could listen on and decrypt their most secret communications, especially with the US. When the civil war in syria started, rebels launched offensives to those sites (who ever said that the salafis are not colluded with the zionists), and at least one had to be abandoned. Think how happy will the israelis be with all the EW stations restored,modernized, and also a couple of tu-214Rs based in hmeynim xD..