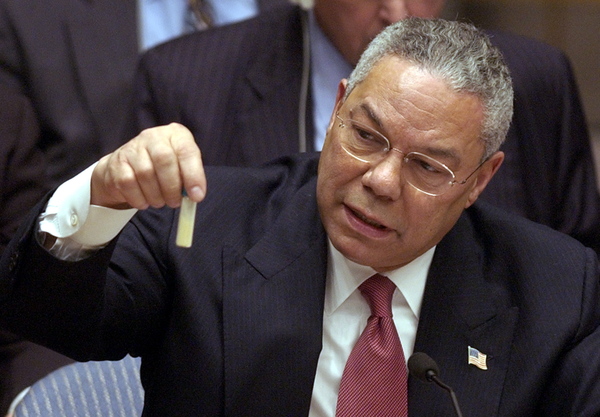 On September 18th, a columnist for America’s largest-circulation newspaper, USA Today, headlined “If you care about your country and your rights, don’t vote for any Republicans in 2022”. She said that “the Republican Party is on a dark path and should not hold power anywhere until it comes back into the light.” She warned that “If there is just one more Republican than Democrat in the House or Senate, a power-obsessed party in thrall to election deniers and conspiracists will control committees, agendas, investigations and leadership positions.” She pretended (in contradiction of the findings by the scientific empirical investigations by political scientists as well as of all other empirical indicators of whether the U.S. Government is, in actual fact, a democracy) that it IS a democracy (and will remain one unless the Republican Party wins control of both houses of the U.S. Congress in November’s elections). She pretended that America’s dictatorship isn’t actually bipartisan — imposed and enforced by BOTH of the nation’s political Parties and reflecting the collective will of both the billionaires who own the Republican Party, and the billionaires who own the Democratic Party — in other words: the consensus of the billionaires’ class, which contains around a thousand individuals — and NOT any significant representation of the public (which contains around 330 million individuals). She pretended that the partisan differences between the two Parties don’t reflect the partisan differences between conservative billionaires versus liberal billionaires. (No billionaire is progressive, though a few pretend to be but are actually only liberals.) There is empirical proof that the U.S. Government does NOT represent the American public.

For one particular incident of an example: during the lead-up to America’s invasion and rape of Iraq in 2003, the congressional authorization to invade was voted for by virtually all congressional Republicans and a clear majority of congressional Democrats, but was entirely based on lies that the Administration and all of the U.S. ‘news’-media spread about “Saddam’s WMD,” which didn’t actually exist. None of those persons were prosecuted and executed, much less punished in any way, for their having done this — perpetrated this clear-cut international war-crime, which so profoundly harmed the world that followed.

This was a declaration of war against Iraq — a country that had never threatened, much less invaded, the United States. However, ever since 17 June 1812 — the first U.S. declaration of war — there have been a total of 11 declarations of war, and all of the latest 7 of them (unlike the entirely inexcusable one in Iraq) were unanimous in the U.S. Senate, starting with the 7 December 1917 declaration of war against the Austro-Hungarian Empire. However, many other invasions by the U.S. Government were not Constitutionally declared; these invasions have not been unanimous, not even in the Senate, which body some have held to be the only house of Congress that clearly needs to vote on such a matter. The U.S. Constitution is entirely vague on how “The Congress shall have the Power … To declare war.” Ought the Constitutional process to require a two-thirds vote in the Senate, like passing a treaty does? Or, should merely a regular 50%+ vote be sufficient in order to “declare war”? The Constitution says nothing at all about how it must be done. Can that BE a “democratic” Constitution? How are the people — the public — supposed to be consulted about whether or not ‘their’ Government will go to war against another? Is this Constitution a contract between the people and ‘their’ Government? Is going to war a matter of only regular importance, just an ordinary or even minor matter, or is it, instead, the most important matter for any authentically democratic Constitution to deal with? How can this nation be intelligently and honestly called a “democracy,” even in the purely Constitutional, formalistic, sense of that term? The columnist’s article alleged that “If you care about the future of America, democracy and your own rights, don’t vote for Republicans.” Her implication was: If you vote instead for Democrats, then “democracy and your own rights” will be protected. But democracy doesn’t even exist in today’s America. How can something that dosn’t exist be “protected”? This was a column in America’s widest-circulation ‘news’paper, and it was loaded with false assertions and — worse yet — false assumptions, which that ‘news’paper’s editors and managers entirely failed to fact-check but instead allowed to be published, instead of that columnist’s having been fired for violating the most elementary truth-requirements of actual journalism, and being instead producing and publishing blatant Democratic Party propaganda against the Republican Party — pretending to be about democracy while actually being mere propaganda hired for the benefit of Democratic Party billionaires against Republican Party billionaires. A democracy cannot be merely one faction of an aristocracy against another faction of the aristocracy. But that is what the scientific studies (such as this) have proven today’s USA to be.

So: America invaded and raped Iraq on 20 March 2003. And U.S. billionaires benefited from it. However, most of America’s conquests after World War Two have been by coups, and by subversions, and increasingly sanctions are also being used, and when there is a way to attempt conquest by hiring mercenaries, such as the hiring of Al Qaeda and Kurdish separatists in Syria, and such as by hiring the Social Nationalist Party of Ukraine and other nazi groups in Ukraine, instead of paying U.S. soldiers to do it, the U.S. Government will do it that way — by using such “proxy forces.” Not only is a declaration of war no longer needed, but even U.S. soldiers can be replaced by hired-out killers-in-the-name-of the American people. Paid for by the American people but benefiting only the billionaires who own the Parties and the ‘news’-media and the armaments-makers and the extraction corporations.

I enjoyed watching those AI PAC slaves cannon fodders getting blown to pieces by them IEDEFPs and getting their hollow heads blown away by the likes of Yoova and others. After a while one gets sick and tired of watching such remorseless, stubborn, mindless automatons killing foreigners in their own countries thousands of miles away, while they allow aliens to overrun the border.

If Eric Zuesse’s book does full justice to its title it must be a very large book.

I think the greater majority of the Western public have very little idea of the evils perpetrated in their names, nor of the huge web of illusion that they live in. I think the forthcoming US elections will be an eye opener for many and this winter the eurocrats will also likely be displaying the iron fist in order to keep down the protests. Future historians will regard these as interesting times (assuming that there are any)

“America’s largest-circulation newspaper, USA Today, headlined “If you care about your country and your rights, don’t vote for any Republicans in 2022””

Yeah, vote for this demented Potato:

It’s the ratchet strategy: the Republican Party moves us backward and the Democratic Party keeps us from moving forward.