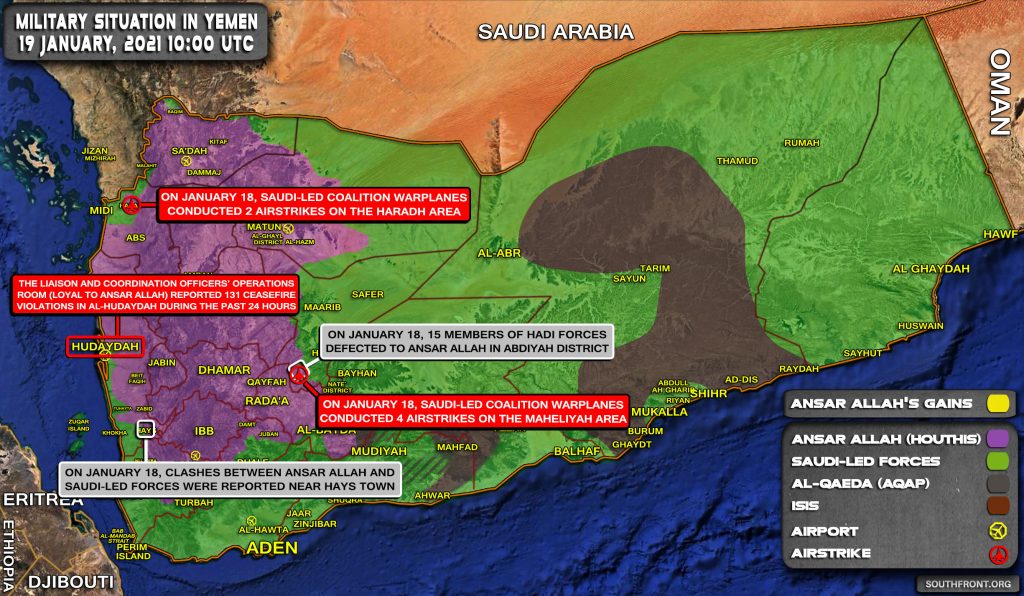 The Yemeni Houthis (officially known as Ansar Allah) vowed to develop even more ‘deterrence weapons’ to confront the aggression of Saudi Arabia and the UAE.

The Minister of Defense of the Houthi-led government, Major General Mohammad Nasser Al-Atefi, confirmed that his forces are in a race against time to develop and manufacture strategic deterrence weapons and the rest of military weapons.

Al-Atefi added that the Yemeni Armed Forces have high-tech systems, some of which are currently used in defense of Yemen, and some will be revealed in the near future.

“The aggression against Yemen will stop under the pressure of force, and we, in Yemen, have this power, as we have achieved a qualitative leap in the field of manufacturing of various types of light, medium and heavy weapons.”

The Defense Minister condemned the US move to designate Ansar Allah a terrorist group saying that the US, who support the aggression and the killing of people in Yemen, should be designated as a terrorist organization.

Meanwhile, on the frontline:

The fight must be brought to the sea, more weapons means anti-ship missiles and naval boats to confront the actual siege Also the air must be completely closed, so better SAMs as well

Frankly, the retarded Saudis are about to face a real war.

UAE has supposedly just vaccated a base near Mocha and now that front is open. Interesting developments.. any info on that?