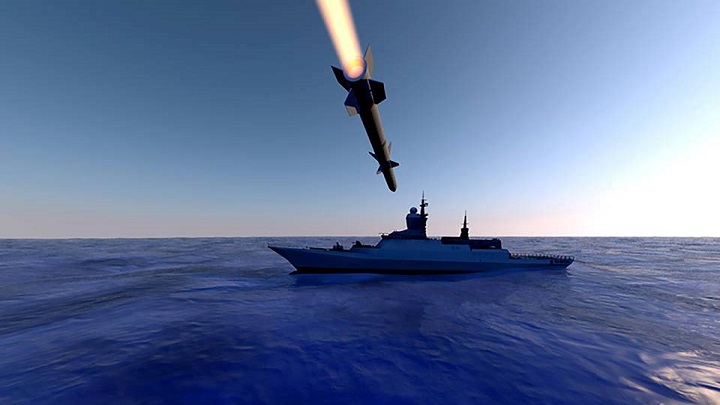 UPDATE: The Saudi side claims that the Houthis attacked an oil tanker, not a warship.

On July 25, the Yemeni Navy [loyal to the Houthis] announced that it had targeted a Saudi warship off the western Yemeni coast, pro-Houthis Al Masirah TV reported.

Accoriddng to Al Masirah TV, the Navy hit “the Saudi Dammam ship”. However, no additional details or reports on possible casualties or damage were released.

Al Masirah TV also claimed that thirty nine days ago the Navy destroyed two UAE warships during their failed attempt to carry out a landing operation near the port city of al-Hudaydah. This claim has also remained unconfirmed so far.

It’s the fact that the UAE Navy attempted to carry out a landing operation near al-Hudaydah, but its vessels were forced to retreat after the Houthis had launched anti-ship missiles. However, there have been no evidence confirming destruction of any of the vessels involved in the operation.

Since the start of the battle fo al-Hudaydah in early May, the Yemeni Navy and the Missile Forces have once again increased their operations against the Saudi-UAE-led coalition targets in Yemen and near it.

unconfirmed……. maybe because the houthis dont carry video cameras and have white helmets running after them to video their action? The failure in all the attempts the axis of evil have done to over run them failed miserably and at great cost to them, so to some of us what they say stand.

The Houthi’s always carry video cameras. They always film their marvelous accomplishments on the battlefields. And after every hit, or attack, they chant :

go to R&U Videos on youtube, you can catch some of their videos.

Good luck to the Yemenis in their resistance to the US proxy terrorists.

The Saudis also claimed they were in control of the airport too. That was a lie. I have not seen the Houthis lie, they don’t need to. Saudi’s? They are Israeli acolytes…lying is their nature.

The fact that the seaborne invasion did not work our is proof of itself. How can a modern-day navy not be able to succeed against an army supposedly having only grenades and ak47s?

Of course ,the Houthis had antiship missiles and of course they sunk ships. Why else would the navy turn around like that? Saudi allied navy lies! They are saving face!

What if Sodom Arabia(Gomorrah province) had a war and their army wouldn’t fight?

Their army doesn’t fight, they use ‘contractors’ and rent-a-troops..

I don’t ever recall meeting a Houthi but I love’em! Man do I love’em! These are a straight up warrior people. May God grant them victory over the Takfiri butchers!