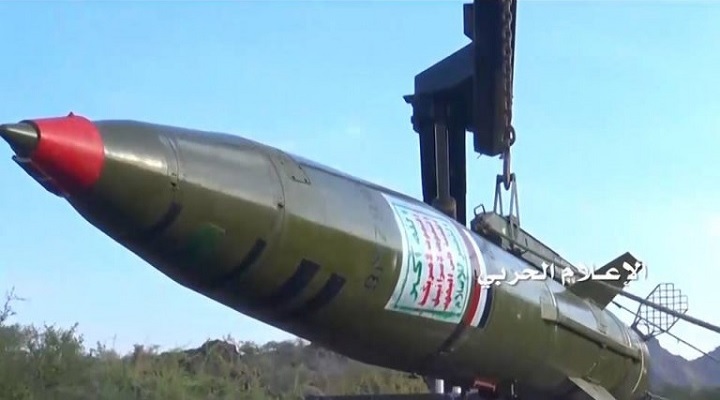 On June 15, the Yemeni Missiles Force [loyal to the Houthis] announced that it had launched an OTR-21 Tochka missile at a gathering of Saudi-led coalition troops along the western coast of Yemen. The Yemen al-Masirah TV reported that dozens of coalition fighters had been killed in the missile strike.

The Yemeni Missiles Force said that one of its Unnamed Aerial Vehicles (UAVs) managed to detect the Saudi-led coalition gathering along the western coast of Yemen, earlier. This is the first time the pro-Houthis force reveals such an important detail.

This is not the first use of OTR-21 Tochka in the Yemeni war. On September 4 of 2017, Houthis launched a Tochka missile at a base of the Saudi-led coalition in the province of Ma’rib. Back then, the missile strike killed over 100 service members of the coalition and destroyed millions-worth military hardware.

The Saudi-led coalition is yet to comment on the new missile strike. This may mean that the coalition air defense force failed to intercept the missile, which has a very high speed.

The use of advance missiles such as the OTR-21 Tochka confirms that the Houthis and their allies from the Yemeni Army are willing to use all of their limited resources to repel the ongoing attack of the Saudi-led coalition on the port of al-Hudaydah.

Mo’ Tochkas for them Houthis….

Great job, Yemenis! The world’s freedom loving peoples are praying for your victory against the barbaric Saudi invaders.

Well… the boys start to use the PROPER TOOLS ;)..