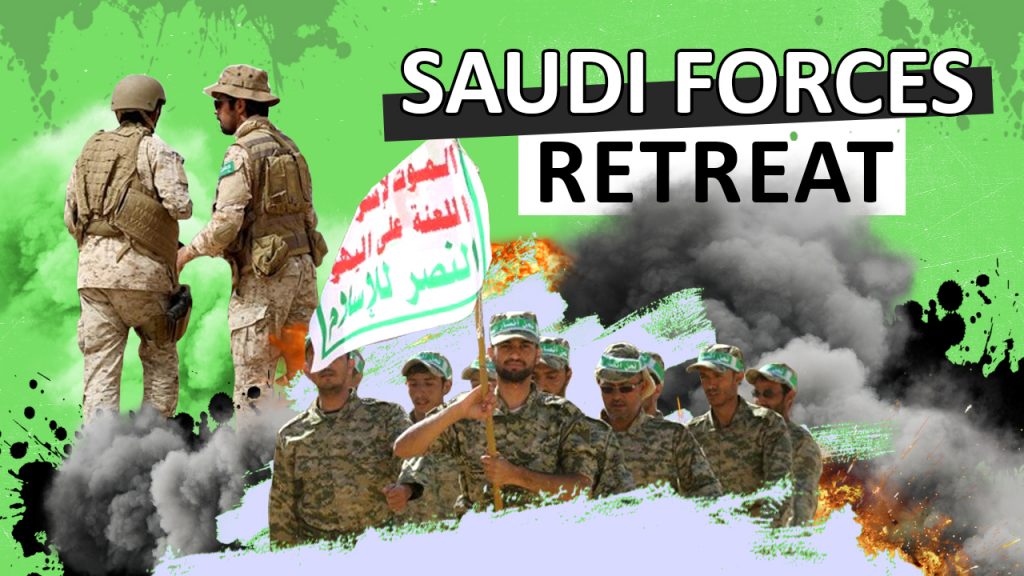 The Yemeni Houthis (Ansar Allah) have resumed active operations against Saudi-backed forces in the provinces of Marib and Al-Jawf.

According to reports by pro-Houthi sources, the recent strikes on the Saudi-occupied city of Marib destroyed weapon and ammunition depots there and now Saudi proxies lack supplies there. This worsened the situation for pro-Saudi forces in this area.

At the same time, the Saudi Air Force carried out a new series of strikes on what it calls ‘Houthi targets’ across the country. Nonetheless, as the previous years of the war demonstrated, the intense air campaign is not enough to change the situation on the battleground if your infantry units are ready to surrender. 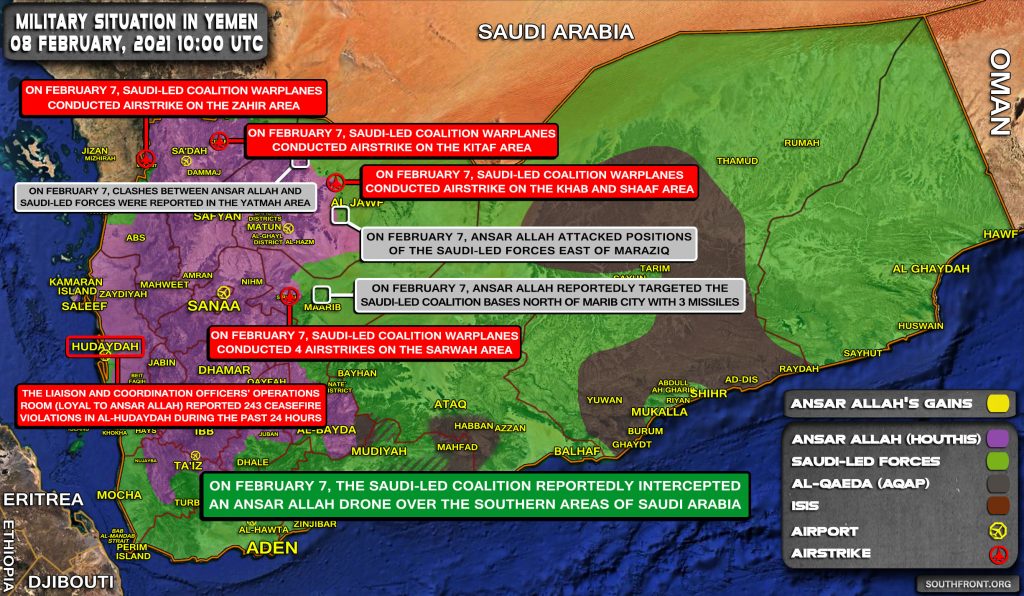 The Wahabis and the Zionists are the worst that humanity has ever produced, so a wish to the Houthis who manage to rid us of at least one of these two scourges that come from the bowels of a dark and medieval world.

devils horn indeed! islamic brotherhood, arab nationalism. what ever the people who follow these dogmas, the symbols behind them speak up, towering over “Mecca” is the huge green horn of satan (Allah curse him). Oh people of the world look to Imam Mahdi saviour of mankind . He is here (AS), the returned Jesus (AS) is here, Elijah (AS) is here , 313 prophets are returned (pbuh). Angels Michael and Gabriel (pbuh) are here with them. Muslims you are not superior, your “religion” has been falsified just like the others. Salvation is only by following Imam Mahdi (as) and the returned.

I guess southfront has to invent alot of stories to keep the starving and besieged houthi fans happy. You are getting daily bombardment lool.

I guess you gotta feel good about something even if it is fake news. Retreat yeah about writing about Santa instead. Hadi government and southern Separatists are bound to remain in Yemen forever

Oh Allah, God of Abraham bless these soldiers of yours. What hope to see the simple folk of Yemen, Humanity’s poorest, beating the richest and powerful of the world the Zionists, America the anti-Christ Dajjal and and the dajjal’s Arab agents. It is authentic prophecy that the fire from Yemen will consume the region. The downfall of the Arab traitors and munafaqeen is soon insh’Allah and all praise to God.