On September 19, the Houthis (Ansar Allah) media wing released an infographic summarizing the operations of the group’s snipers in the first half of September.

According to the infographic, Houthi snipers killed 535 Saudi-backed Yemeni fighters and nine Saudi military personal between September 1 and 15.

Besides targeting Saudi-led coalition personnel, Houthi snipers managed to damage 14 heavy machine-guns and up to 12 military vehicles of different types. 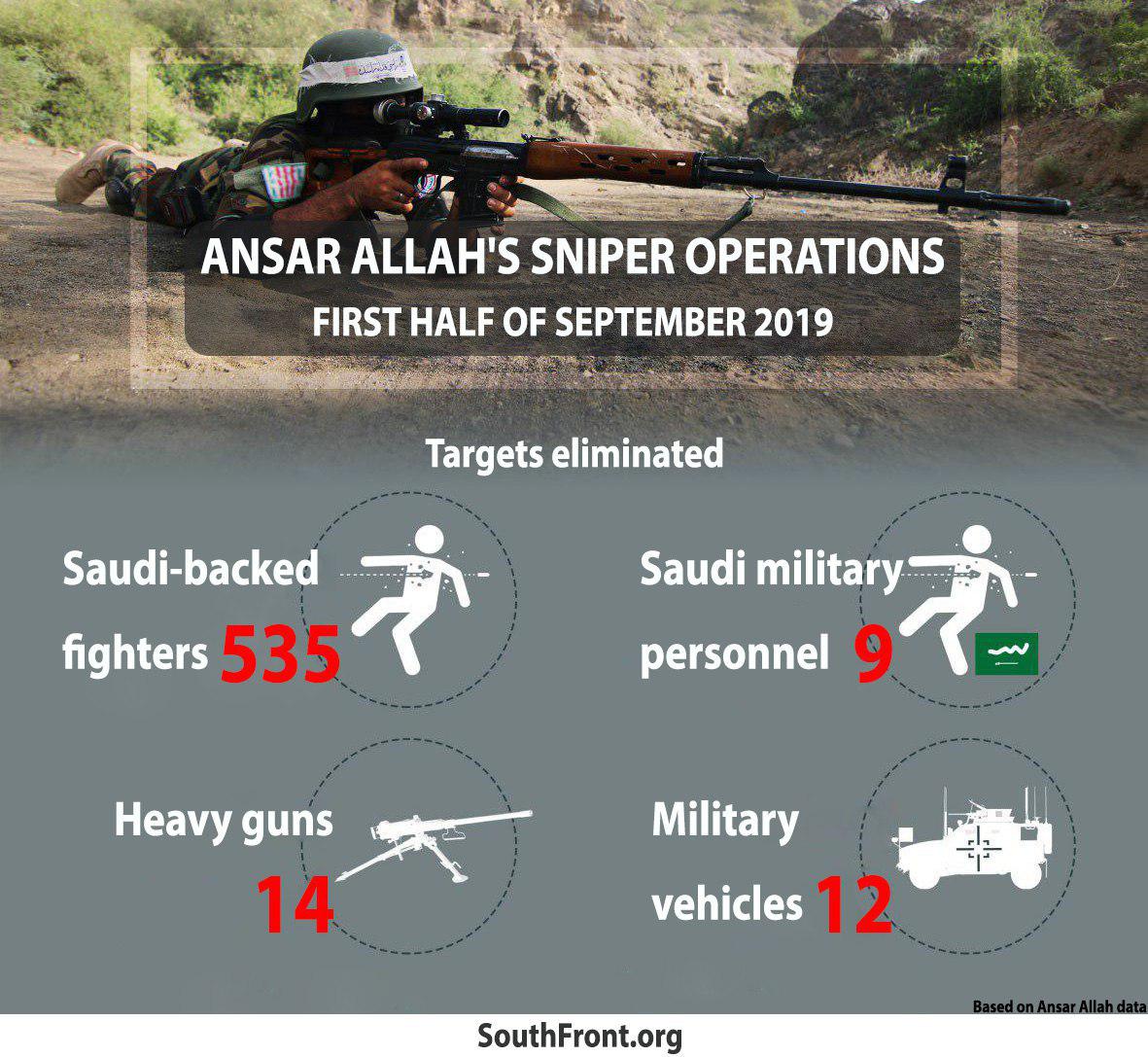 Houthi snipers are usually armed with a variety of locally modified heavy sniper rifles and Western-made sniper rifles, which were captured from the Saudi military.

The Houthis rely on their snipers’ to inflect heavy losses on Saudi-led coalition forces. This simple tactic allows the Yemeni group to slowly drain resources of the coalition and its local proxies on several fronts.

The Saudis really know how to hang back, don’t they. The mercs they hire die at 100 to 1 ratio to the Saudi Royal Guards.

The British have done the same thing with American lives. The UK-Empire cries wolf after they start a war, claim that they are going to be conquered, cries to America. American rushes to their aid only to end up doing 90% of the heavy lifting for the UK-global-empire while the UK carries 10% of their own weight only. Something evil about all these unelected-Dictators (((monarchs))) that survives only on using people. Killing people. Stealing from people. Lying to people. Plotting against people. The British-Dictators must be dealt with the same blow that will be dealt to the Dictator of Saudi Arabia. http://ihr.org/

Israel the same, Americans die for Israel in the same ratio.

Congratulations. Good work in the defense of Yemen from Saudi-America.