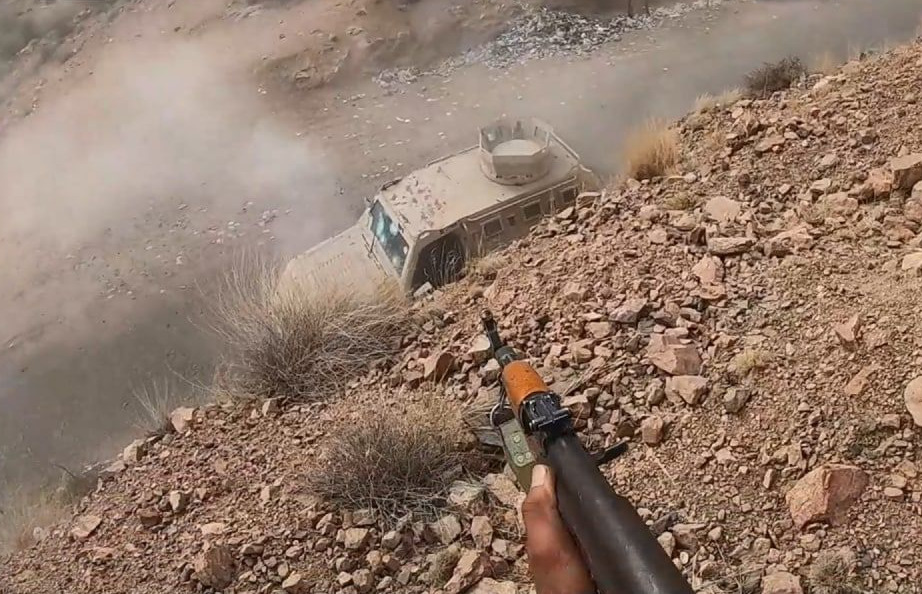 On July 31, the Houthis (Ansar Allah) shared more details on the results of the second phase of Operation Evident Victory against Saudi-led coalition proxies in the central Yemeni province of al-Bayda.

In a press conference, Brig. Gen. Yahya Sari, a spokesman for the Yemeni group said that a total of 380 square kilometers, including the districts of Na’man and Nati’, were captured from Saudi-backed forces during the second phase of the operation which began on July 20. 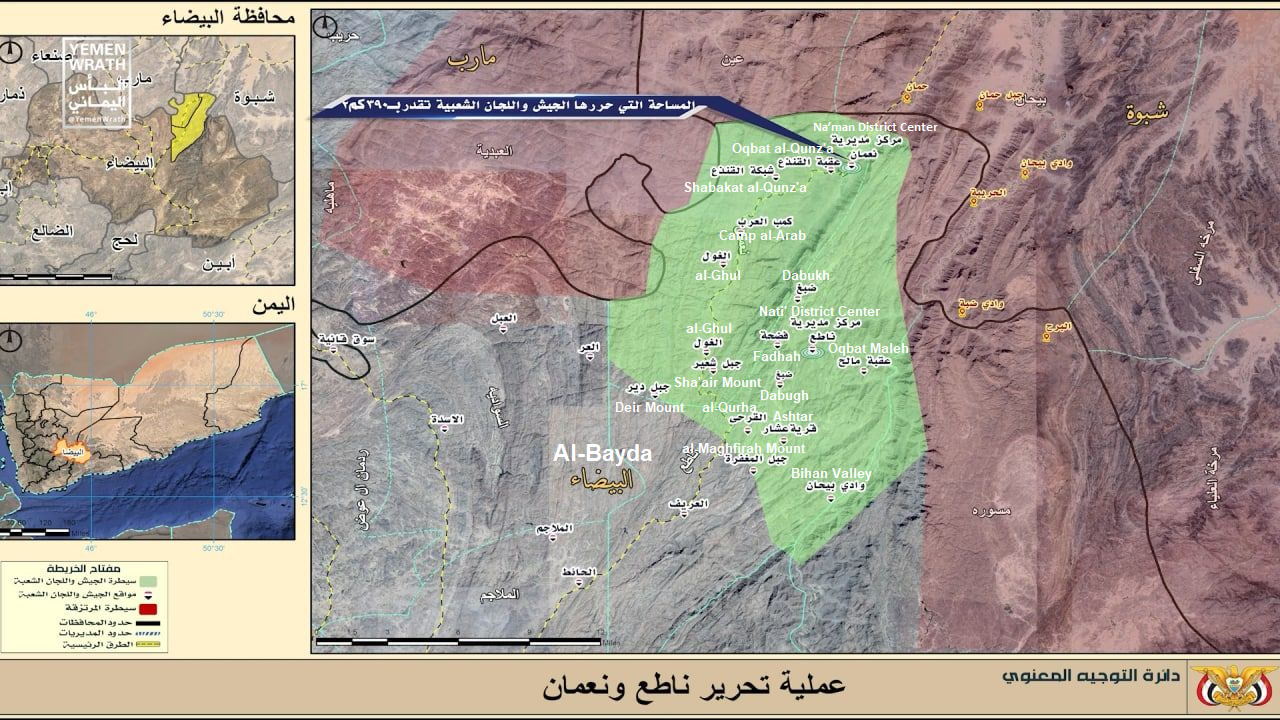 The Houthis killed 160 Saudi-backed fighters, and allegedly terrorists of ISIS and al-Qaeda, while advancing. More than 200 others were wounded. Dozens were also captured.

“Takfiri elements [terrorists] obtained support and backing from the coalition of aggression [the Saudi-led coalition] before, during and after the operation,” Brig. Gen. Sari said.

A video shared during the press conference shows Houthi fighters damaging or destroying many vehicles of Saudi-backed forces and seizing loads of weapons.

According to the Brig. Gen. Sari, 13 attacks with Badir and Saeer missiles targeted Saudi-backed forces in al-Bayad during the second phase of Operation Evident Victory. The group also carried out 19 combat and reconnaissance operations with drones.

In the first phase of the operation, the Houthis repelled a large-scale offensive by Saudi-backed forces and secured the districts of al-Zahir and al-Sawma’ah. Around 350 Saudi-backed fighters were killed and 560 others were injured.

Operation Evident Victory was a major blow to the Saudi-led coalition, whose heavy fire support failed to translate into any achievement on the ground.

The dumbass Saudis are daily fooked. What a bunch of retards. The Ansarallah are in a league of their own. Have Khat will kick ass :)

I pity the foo!

MBS would have been lynched in any other country for bringing on this humiliating defeat in Yemen and for no reason.

Saudis have been stuck in a losing war in Yemen for better part of 6 years and it seems like sheer insanity to bankrupt their small one resource economy.

Age restricted videos should be uploaded to other hosting sides than YT.

Where is “dump on trumps head” so he can do another “sword dance” with the imbecile salman aka zioman.