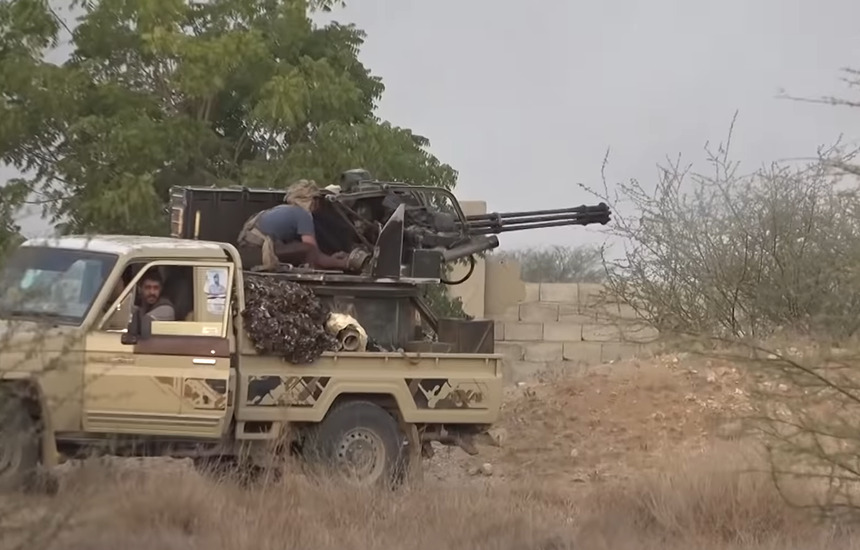 Screen grab from the footage released by the Houthis’ Military Media.

On March 16, the Houthis (Ansar Allah) released footage documenting a recent attack by their fighters on forces backed by the Saudi-led coalition in the northwestern Yemeni province of Hajjah.

The combat footage released by the Houthis shows intense clashes with Saudi-backed forces in Hayran and near Bani Hassan.

According to the Houthis, more than 200 Saudi-backed fighters, including Sudanese mercenaries, were killed or wounded in the attack.

The Saudi-led coalition supported its proxies in Hayran and Bani Hassan with dozens of airstrikes. Still, the Houthis were able to advance, using only infantry backed by a few truck-mounted machine guns.

Last month, Saudi-backed forces launched a large-scale operation to push the Houthis out from the district of Harad, which is located to the north of Hayran and Bani Hassan. The operation was a complete failure. Now, the Houthis are responding.

Its Chinese propaganda. Don’t fall for it. All GCC money is invested in western financial institutions. Any sign of dissent, and the US will pull the plug on the GCC king-dumbs.

Iron Nappy of Israel (pedophile and proud)
Reply to  Ron

European parasites are next, let Russia end the crime fighting in Ukraine and you will be the next in line requiring only a litle effort to deal with.